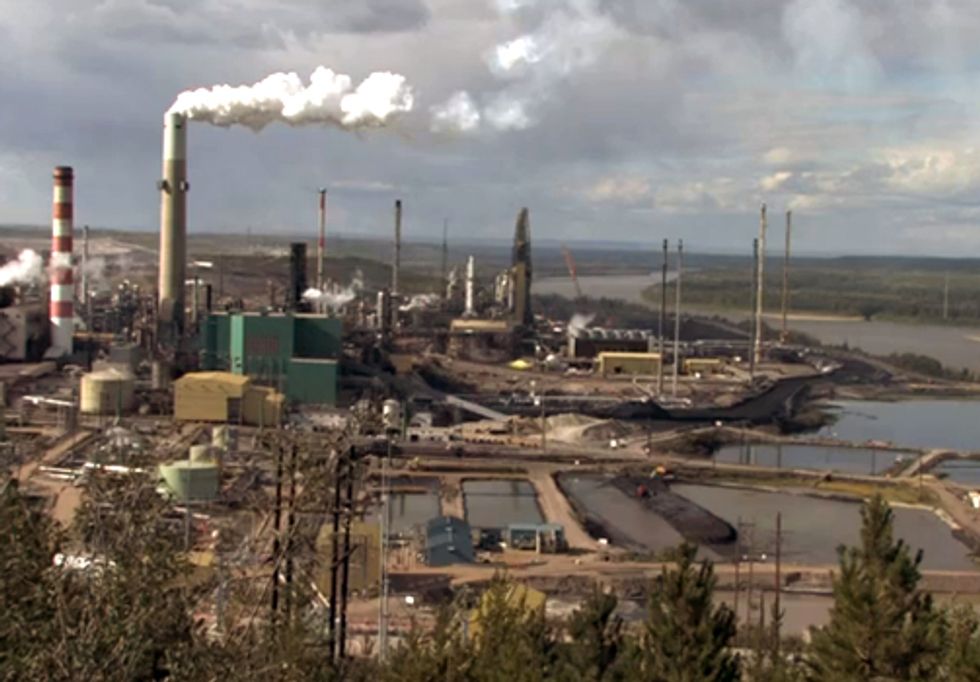 Most Americans know little about the source of oil for the proposed Keystone Pipeline—the tar sands of Northern Alberta. The tar sands are not a traditional oil field. The oil is extracted and processed from the sands at a significant and devastating environmental and health cost to the land and people, and the process itself is a major contributor to climate change.

White Water, Black Gold follows Canadian adventurer David Lavallee on his three-year journey across Western Canada in search of the truth about the impact of the world’s dirtiest and thirstiest oil industry. This is a journey of jarring contrasts, from the pristine mountain ice fields that are the source of the industry’s water, to the tar sands tailing ponds, where thousands of migrating birds have unwittingly landed and died.

In the course of his journey Lavallee, backed by university scientists, makes a number of discoveries that raise serious concerns for Canada and the U.S.

Native peoples living downstream are contracting unusual cancers; new science shows that water resources in an era of climate change will be increasingly scarce; the proposed expansion of the oilfields to meet Keystone Pipeline demand could endanger multiple river systems across Canada that makeup about half of its water supply; and planned oil pipelines across British Columbia and the U.S. bring fresh threats to rivers, salmon and the Pacific Ocean.

White Water, Black Gold is a powerful tool for waking up Americans to the potential impact of the Keystone Pipeline, and clearly shows that we will be paying the environmental, social and public health costs long after the oil has run dry.