10 Musicians Taking on the Climate Crisis 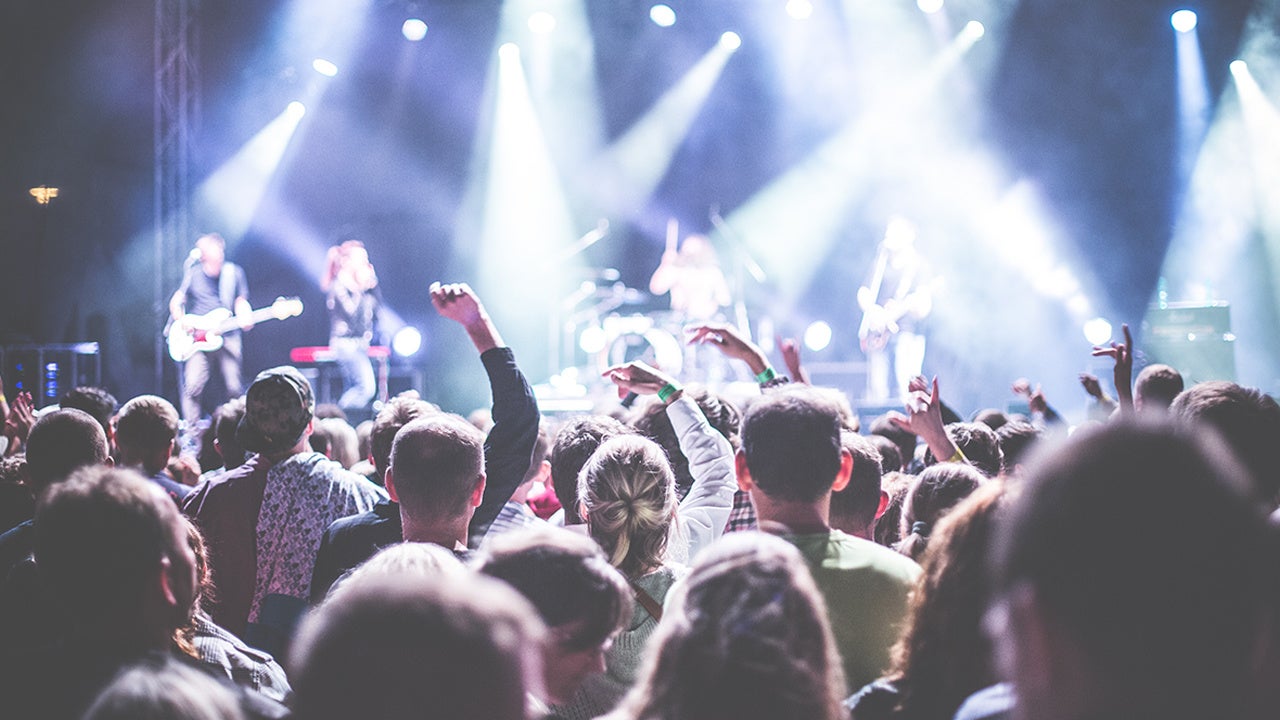 Be it Nina Simone and James Brown for civil rights, Joni Mitchell and Marvin Gaye for the environment, or Jackson Browne and Buffalo Springfield for nuclear disarmament, musicians have long helped push social movements into the limelight.

Today, when it comes to the climate movement, that reality is no different.

Across generations and genres, musicians worldwide increasingly recognize the threat of climate change and are expressing themselves as they know best: through their music.

Though this list is far from exhaustive, these are some of Climate Reality’s top musicians discussing climate today!

Few artists are making music on the climate crisis as vivid and bold as rapper Xiuhtezcatl Tonatiuh Martinez — a lifelong environmental activist and a trained Climate Reality Leader.

Take his song “Broken,” for example.

In just one track, he grapples with (at least) three important truths.

First, the fact that the climate crisis is already taking a devastating toll across the planet:

“While the walls fall and the world burns

Seas rise and the clock turns.

The earth fighting back with hurricanes

And the earthquakes and the pouring rain.”

Second, that the climate crisis is an unprecedented intergenerational justice issue:

Their future wasn’t worth fighting for, could’ve done more but didn’t listen

Didn’t wake up, didn’t speak up, didn’t fight back when there was still time.”

And third, that if we can change as individuals and as a society, there is still hope to avoid the worst of the climate crisis:

“The apathy is so poisonous and it’s killing us…

Fight for what we love, start healing the world’s hate.

Build beauty from the ashes after the world breaks.

In 2018, the legendary Paul McCartney released the album Egypt Station, and with it “Despite Repeated Warnings,” a powerful piece that expresses his frustration towards climate inaction.

As McCartney explained to the Sun, this song challenges “[T]his idea of: ‘It’s all gonna be fine, don’t worry.’ Oh yeah, sure, there are icebergs melting but it doesn’t matter because they’re not melting in London, so no need to worry.”

What’s more, as he goes on to describe, “[T]he person in the song will be symbolic of politicians who argue that climate change is a hoax.”

With lines like “Below decks the engineer cries / The captain’s gonna leave us when the temperatures rise / The needle’s going up, the engine’s gonna blow / And we’re gonna be left down below” McCartney gives voice to the danger of putting off climate action any longer.

In 2018, actor, hip-hop artist, and all around it-should-be-illegal-to-be-this-talented Donald Glover A.K.A. Childish Gambino released “Feels like Summer.” Though lyrics like “You can feel it in the streets/ On a day like this, the heat/ It feel like summer” initially make this feel like a mellow summer tune, a closer look reveals a much different reality:

“Every day gets hotter than the one before

Running out of water, it’s about to go down”

Of course, the song is actually a sobering wake-up call on the climate crisis. Rising heat and vanishing water aren’t all that worry Gambino, though.

“Air that kills the bees that we depend upon

Birds were made for singing, waking up to no sound”

As he acknowledges, climate change is already taking a devastating toll on the natural world. Additionally, he repeatedly expresses his lament for our inability to change with the lines:

“Oh, I know you know my pain

I’m hoping that this world will change

But it just seems the same”

We’re with you – this is a full-on climate crisis.

Jaden Smith is another rapper who’s been taking on the climate crisis through his music, often teaming up with others to do it.

Take “Boombox Warfare,” an activist’s anthem Smith made with Xiuhtezcatl (see above).

With lines like, “If I fly as a butterfly in my dream, or a bumblebee / As we going extinct, will we still live on in eternity,” Jaden makes us consider the impact of the climate crisis on the natural world and, specifically, on increasingly threatened wildlife.

Be it through his music or through separate activism, there’s no doubt Smith shows what it means to #LeadOnClimate.

Teen superstar and Grammy Award-sweeping phenomenon Billie Eilish is another prominent voice calling on the world to wake up.

Though her activist spirit might show in many ways, there’s no question one of the clearest is through her music. Take her song “All the Good Girls Go to Hell.”

Really, just a few lines into the song make it clear that this eerie chart-topper is about our warming world and the climate-fueled wildfires in her home state.

My turn to ignore ya.

And just in case the lyrics left any doubt, the video features a winged, petroleum-covered Eilish burning.

Throughout his multi-decade career, Neil Young has never been one to shy away from environmental activism. Regardless, it’s still exciting to see the legendary guitarist take on climate so directly today.

Just last October he released Colorado, an album lamenting the climate crisis and issuing an aggressive call for action.

As just one example, “Green is Blue” is a mournful ballad about how much time has gone by since we first learned that our planet was warming.

“We heard the warning calls.

We watched the weather change.

We saw the fires and floods.

We saw the people rise

We fought each other

While we lost our coveted prize.”

As the song “Shut it Down” shows, however, he’s not waiting around any longer and has hope for the future.

Lines like “When I look at the future / I see hope for you and me / Have to shut the whole system down” make one thing clear: Young believes that we can still act in time.

English rock band FOALS is quickly becoming one of the most notorious climate advocates in the music industry.

To see why, you don’t have to look much further than Everything Not Saved Will Be Lost, an album simultaneously full of electrifying anthems and bold environmental advocacy.

Just take the music video for the song “Like Lightning,” where a furry protagonist wakes up society to its mindless destruction of the planet, capturing the band’s climate concern and distaste for rampant consumerism.

Lana Del Rey is another high-profile artist that’s making climate change a central theme in her music — and many critics are entirely here for it.

Pitchfork Music, for example, recently granted her song “The Greatest” — a ballad that yearns for a simpler past — the number-two spot in its list of the 100 best tracks of 2019.

As the Pitchfork review describes, “In Lana Del Rey’s latest song ‘The Greatest,’ an entire generation is burned out. The world is getting hotter. Hope is a dwindling resource. We don’t have much time left… Lana’s songs have always sounded like lonely missives from the end of the world with a beachside view; the difference is now we’re watching the clock tick down alongside her.”

Much like Billie Eilish, Del Rey sings of California’s growing fires. Towards the end of the song she wistfully sings “L.A.’s in flames, it’s getting hot… ‘Life on Mars’ ain’t just a song“.

Del Rey knows what profound changes the climate crisis is bringing and wants us to know it too.

Who says all climate change songs have to have lyrics?

Really, some of the most thought-provoking music addressing this crisis today is entirely instrumental.

To see how that’s possible look no further than the Climate Music Project: a San Francisco group that takes real climate data to produce what could be considered the sound of climate change.

As the group’s founder Stephan Crawford explained to the New York Times, “Music is really visceral… Listening to a composition is an active experience, not just a passive one. It can make climate change feel more personal and inspire people to take action.”

Snippets of the Climate Music Project’s work can be found at climatemusic.org/our-music/#climate.

Bon Iver, a band whose very name is derived from the French for “good winter,” is understandably distressed by our warming world.

In “Jelmore,” from the 2019 album I,I singer Justin Vernon wrestles with the failures of world leaders to see the danger right outside our window, asking, “How long? / Will you disregard the heat?”.

Join the Fight for Our Climate

If listening to these songs has you thinking, “What can I do?,” we’ve got an answer. Learn how to become a Climate Reality Leader.

You’ll learn just how the climate crisis is transforming our world and how together we can solve it. You’ll also learn what you can do and develop the skills and know-how to mobilize your friends, family, neighbors, and more to act while we still have time.

As we say, give us three days. We’ll give you the tools to change the world.