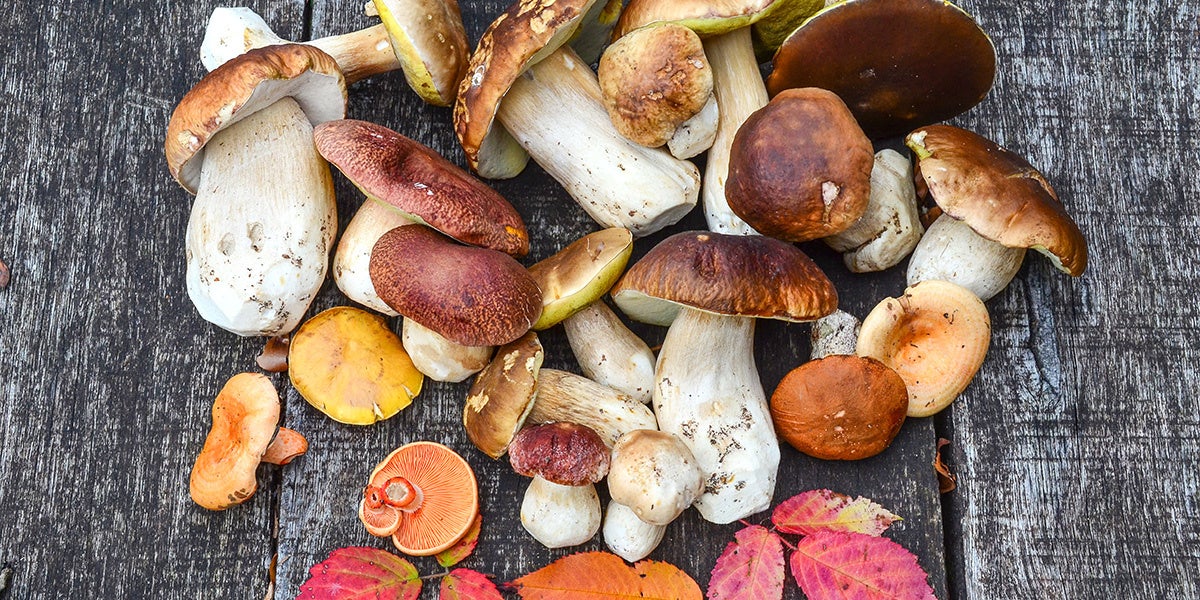 “Whatever dressing one gives to mushrooms … they are not really good but to be sent back to the dungheap where they are born.”

French philosopher Denis Diderot thus dismissed mushrooms in 1751 in his ”
Encyclopedie.” Today his words would be dismissed in France, where cooks tuck mushrooms into crepes, puff pastry and boeuf Bourguignon (beef Burgundy), to name just a few dishes.

The French aren’t alone. Mushrooms and their biological relatives feature in global cuisines from Asia to sub-Saharan Africa. Here in North America, they are part of many holiday meals, from humble stuffed mushroom caps to a single costly truffle shaved over pasta. Late fall is wild-mushroom foraging season in much of the U.S., so it’s a good time to learn about these fascinating organisms—and to know that some popular species are declining.

Human experience with mushrooms dates back thousands of years, including references from China, Africa, Greece and Rome. One of the first is attributed to Euripides (A.D. 450-456), who commented on the death of a mother and her family from mushroom poisoning. Indeed, a few species are poisonous—notably,
Amanita phalloides, the so-called death cap mushroom, which sickened 14 people in California in 2016. Three required liver transplants.

All the more reason to learn some mycology—the science of fungi. This mega-diverse group of organisms is biologically distinct from its better-known counterparts, plants (
Plantae) and animals (Animalia). Along with mushrooms, it includes such curiosities as conks, puffballs, earthstars, stinkhorns, birds-nests, truffles, morels, molds, rusts and smuts.

Unlike plants, fungi do not have chlorophyll, the pigment in plant leaves that converts light energy to chemical energy through photosynthesis. Instead, fungi are decomposers: They release enzymes that break down tissues from living and dead plants and animals to nourish them as they grow.

Most fungi grow in or on a natural substrate, such as dead logs or manure (Diderot was not wrong to say that they came from a dung-heap). Commercial mushroom growers use materials such as straw or coffee grounds. Mushroom spores put out filaments (
hyphae) that form a network (mycelium). This is the organism’s feeding stage, and in some species can grow to an enormous extent, largely hidden in the soil. 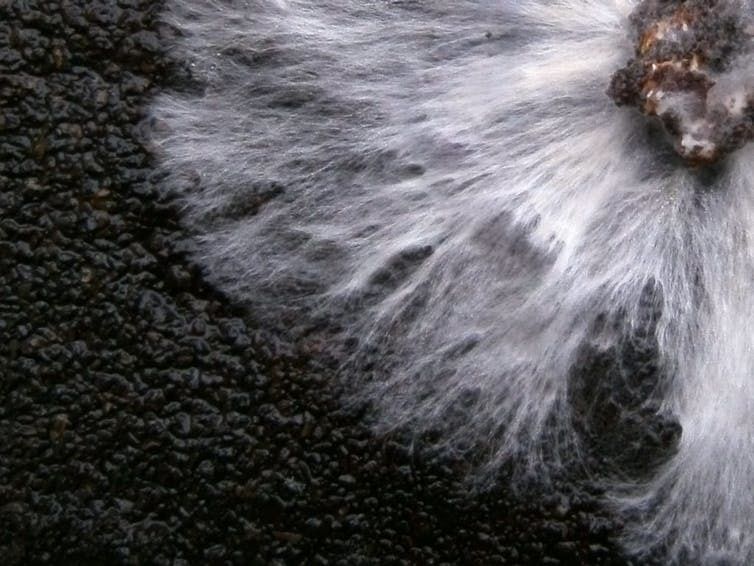 Almost miraculously, in response to a range of environmental cues such as moisture and temperature, this network produces “fruiting bodies” or reproductive structures, that typically erupt out of the substrate. These structures are what we think of as mushrooms. They come in many sizes, shapes and colors, and can either persist or appear and then disappear in a matter of hours or days.

The mysterious origin of these seemingly magical apparitions has fascinated humans for millennia. Certain species
erupt naturally in circular formations, which are widely known as “fairy rings” and linked in European folklore with fairies and other magical creatures. Many accounts claim that psilocybin mushrooms, which contain hallucinogenic compounds, have been used for mind-altering purposes for millennia. Today they are being studied as a possible treatment for depression.

Abundant But Also at Risk

Even after more than 200 years of exploration, scientists estimate that only about 5 percent of a likely 1.5 million species of fungi have been described and named. Of those, roughly 10 described species have been “domesticated” and form the basis of the global cultivated mushroom industry, which has an annual value estimated at more than US$35 billion and rising. A 2004 United Nations Food and Agriculture Organization report documented use of more than 1,100 species in over 80 countries. 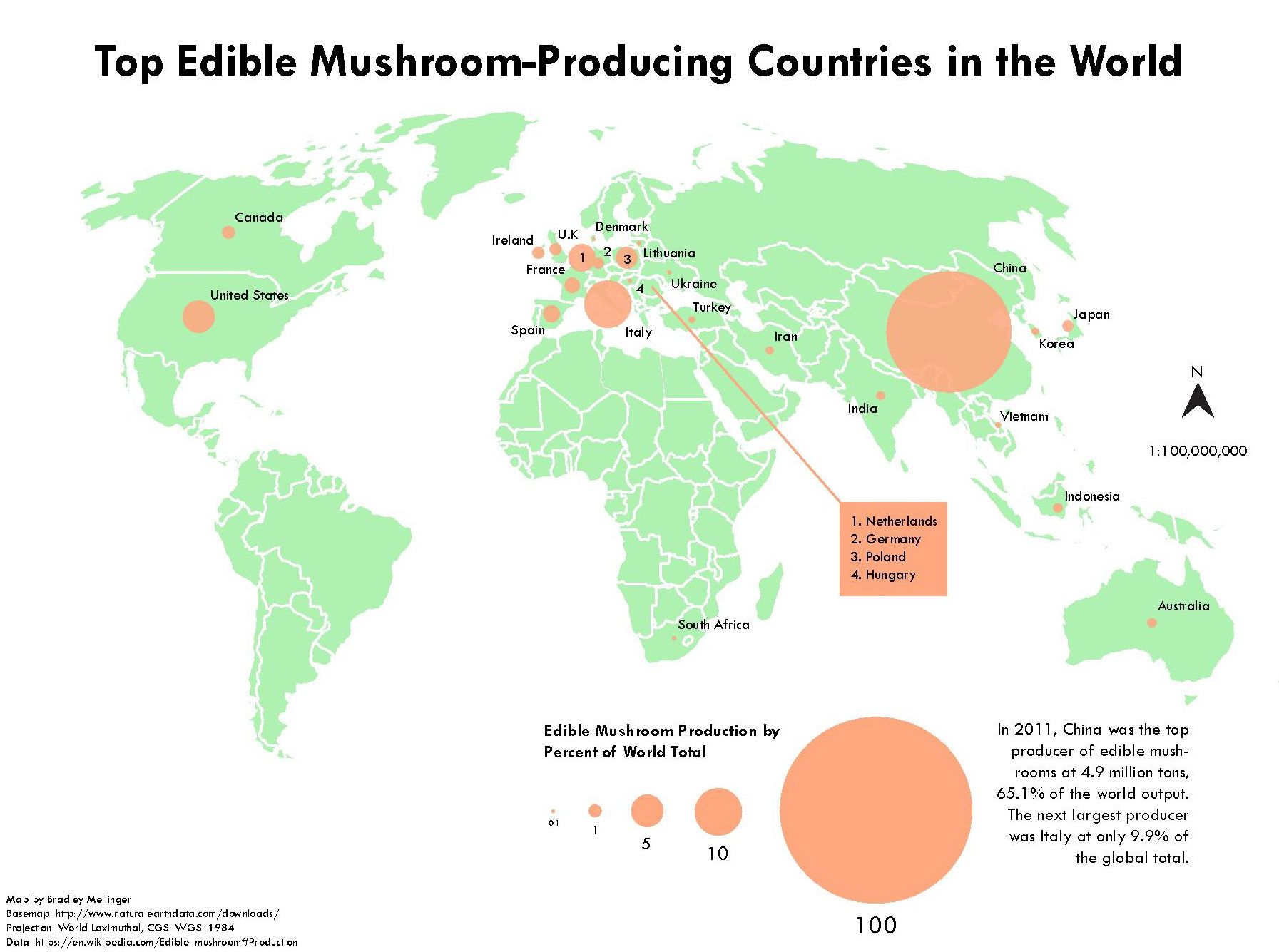 Detailed studies have helped to dispel the commonly held view that mushrooms are a low-calorie food with little nutritional benefit. We now know that they are typically low in fat, sodium and carbohydrates, but high in
vitamin D, potassium and antioxidants. In short, mushrooms are increasingly recognized as nutritional powerhouses.

Historically, mushrooms were eaten mostly at subsistence levels in rural communities in developing countries. Recently, however, an export trade has developed for wild varieties, moving mainly from poor to rich countries. This growing demand reflects recognition of wild edible mushrooms’ nutritional value, but has also been linked to a
decline in the numbers and diversity of mushroom fruiting bodies in traditional centers of high consumption, such as Europe and Japan.

This trend is a serious concern for scientists, who are continuously learning more about the important ecological roles that fungi play. Some form relationships with plant roots that sustain the growth of native forests and commercial tree plantations. As decomposers, fungi also recycle nutrients from dead matter in many different types of habitats.

There are vast gaps in our knowledge about fungal biodiversity and how these organisms are affected by trade, land management practices, air pollution, habitat loss and global climate change. One recent study
identified three unknown species of porcini in a packet of dried Chinese mushrooms purchased in a London grocery store. 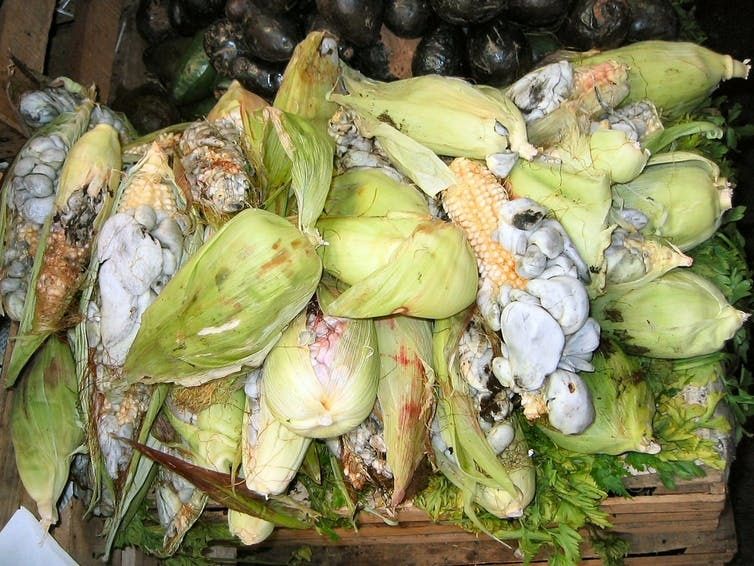 Huitlacoche, a fungus that grows naturally on corn, is harvested as a delicacy in Mexico. Russ Bowling / Flickr

Many countries are developing or have published
Red Data Lists of threatened fungi. The International Union for the Conservation of Nature is accepting information for a Global Fungal Red List Initiative that aims to assess and classify at least 300 species of threatened fungi.

Mycologists like me are also a dwindling resource. The number of positions at universities, research institutes and botanic gardens has declined in recent years. Inventorying, describing and understanding the impacts of human-induced and natural disturbances on fungal communities is a huge and challenging task, and an essential step toward determining whether harvesting wild fungi at the current level
is sustainable. But this work is starting to gain momentum. Finally, humans are starting to see fungi not just as commodities or as biological organisms, but also as important contributors to ecosystem function that are worthy of conservation.