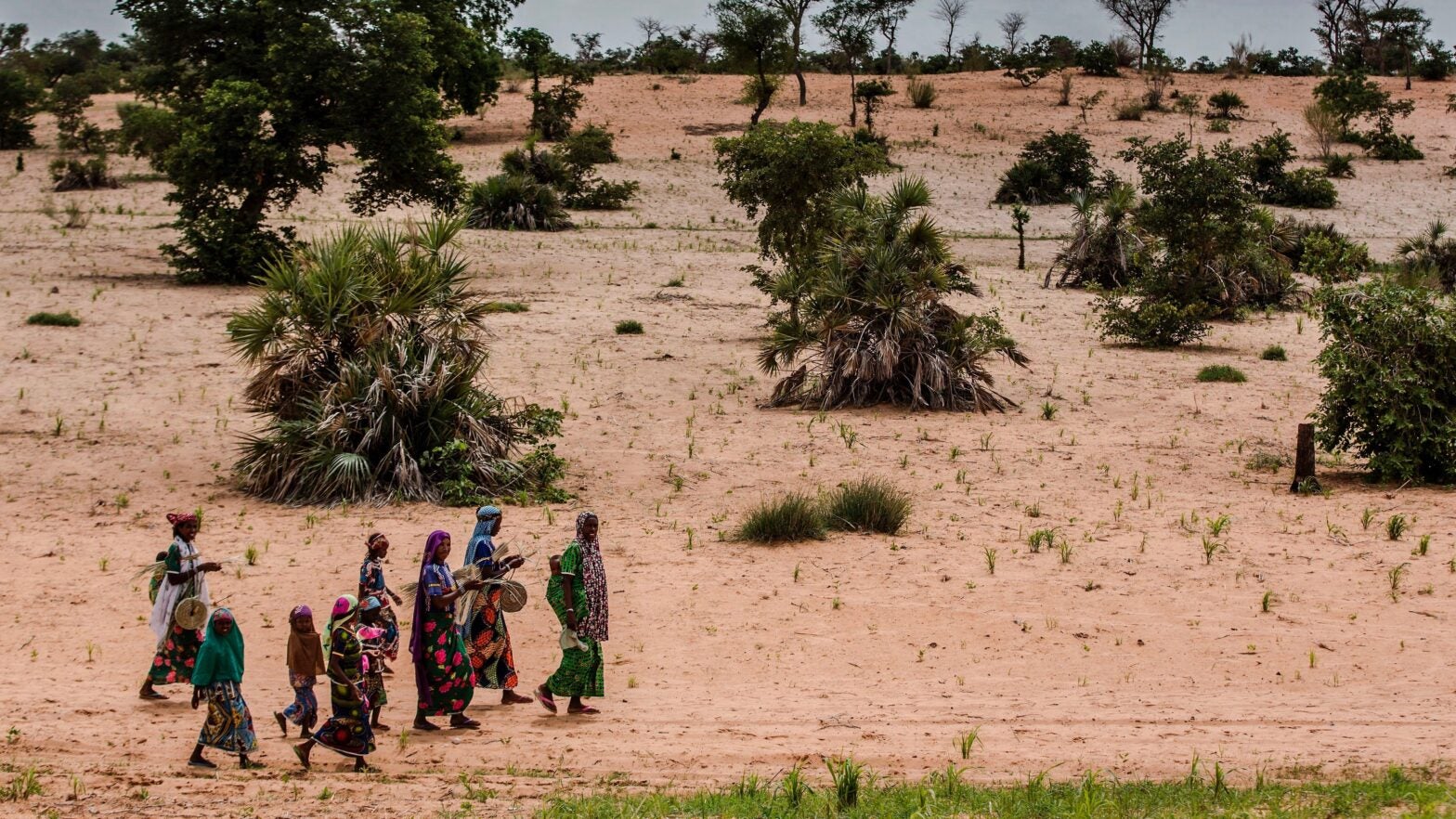 A group of Fulani women and their daughters walk towards their houses in Hapandu village, Zinder Region, Niger on July 31, 2019. In the African Sahel the climate has long been inhospitable. But now rising temperatures have caused prolonged drought and unpredictable weather patterns, exacerbating food shortages, prompting migration and contributing to instability in countries already beset by crisis. LUIS TATO / AFP / Getty Images

At the 56th Munich Security Conference in Germany, world powers turned to international defense issues with a focus on “Westlessness” — the idea that Western countries are uncertain of their values and their strategic orientation. Officials also discussed the implications of the coronavirus outbreak, the Middle East and the Libya crisis.

In the crowded Bayerischer Hof Hotel, African delegates were in the single digits. Not a single head of state from the continent attended, despite the growing threat of terrorism and the armed conflicts tearing it apart.

A report by Save the Children, published as world leaders convened in Munich, Germany, said at least 95,000 children had been killed or maimed across the world since 2005. Tens of thousands were abducted and millions were denied access to education. 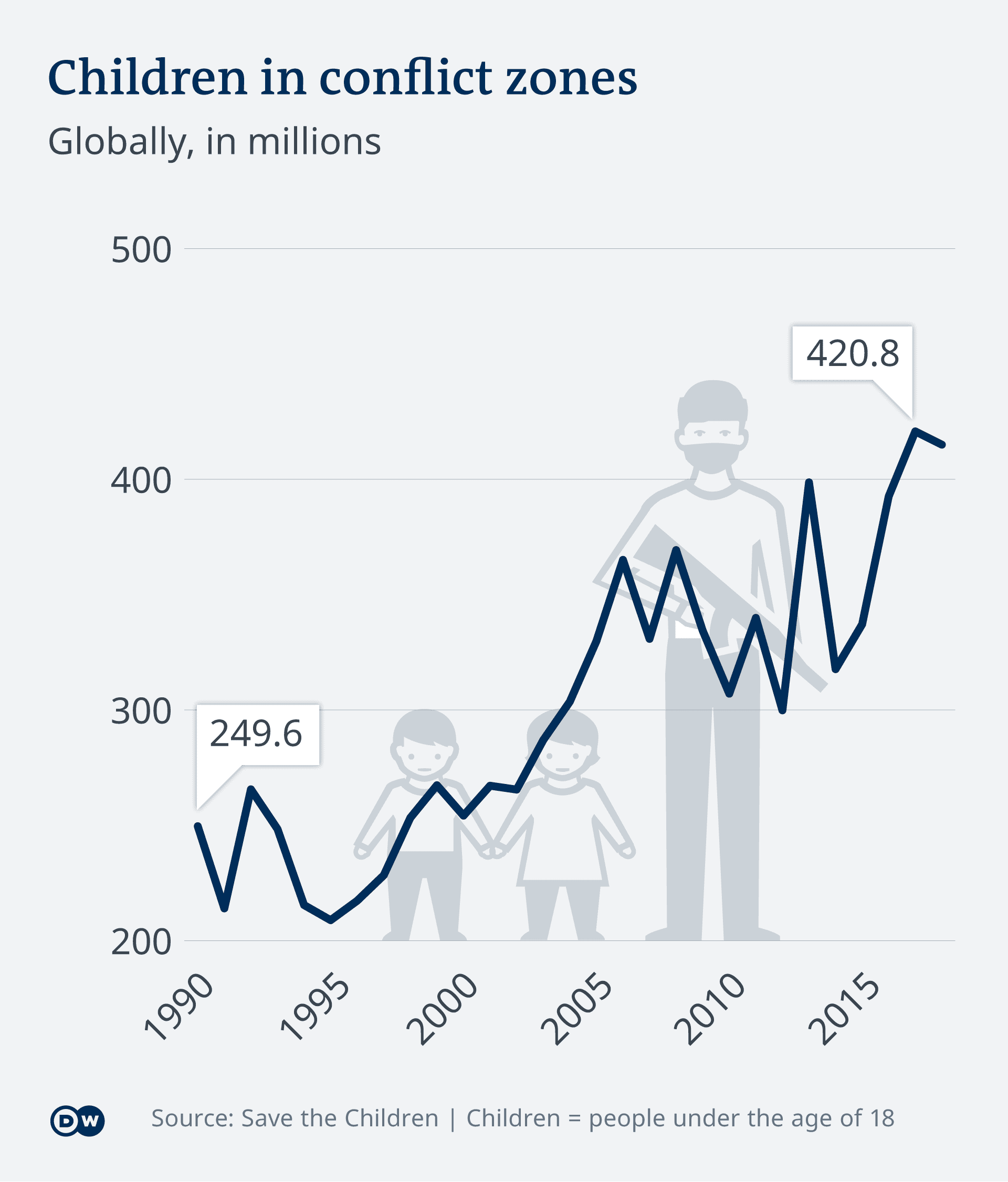 African children were the worst affected, according to Save the Children. Some 170 million across Africa and the Middle East are living in war zones. “You will see that most of the violent conflicts do not feature,” Dan Smith, director of SIPRI, an international think tank dedicated to research into conflict, armaments, arms control, and disarmament, told DW.

Smith is disappointed the international community is not paying attention to the crisis unfolding in Africa. “They (Africans) are not part of the thinking of the security community that is gathered here,” Smith adds. “That doesn’t mean that this community’s concerns are irrelevant, but they’re not focused on the Sahel; they are not focused on the Horn of Africa.”

Security experts say the West doesn’t care because armed conflicts in the Sahel, West Africa and the Horn are far enough away that they don’t directly impact EU countries. “When something happens in the Sahel, unless it affects the flow of migration towards Europe — Europe is not particularly concerned about it,” Smith says.

Germany Makes a Case for the Sahel

In the absence of African leaders, to bring the matter to the table, German Defense Minister Annegret Kramp-Karrenbauer called for an increased effort in the fight against Islamists in Africa.

“The Sahel is a key region for Europe, for example, when it comes to migration or the threat of terrorism,” she said, adding: “That is why it is so important that Germany remains committed there, militarily as well.”

Kramp-Karrenbauer’s statement was encouraging to the Central African Republic’s defense minister, Marie-Noelle Koyara. “I take this opportunity to thank the German government for making such a wise decision,” the CAR defense minister told DW.

Koyara said this was not just about politics, but about caring for humanity. The Central African Republic has been stricken by civil war since 2012. A Muslim-dominated coalition of armed groups known as Seleka took over the capital, Bangui, in 2013. Since then, the country has seen thousands killed amid clashes with Christian militias.

“If you look at the million children suffering, the women who are running around to save their own lives, the women who are raped and entire villages bombarded, humanity should not tolerate it,” Koyara said, supporting Germany’s call for action in conflict-afflicted areas in Africa.

A climate change panel discussion preceded the Munich Security Conference. It reminded the security and political heavyweights in Munich that the war in Darfur 17 years ago was triggered by the effects of climate change and claimed the lives of 300,000 people.

The conflict has since exacerbated environmental degradation in Sudan, forcing more than 2 million people into refugee camps. 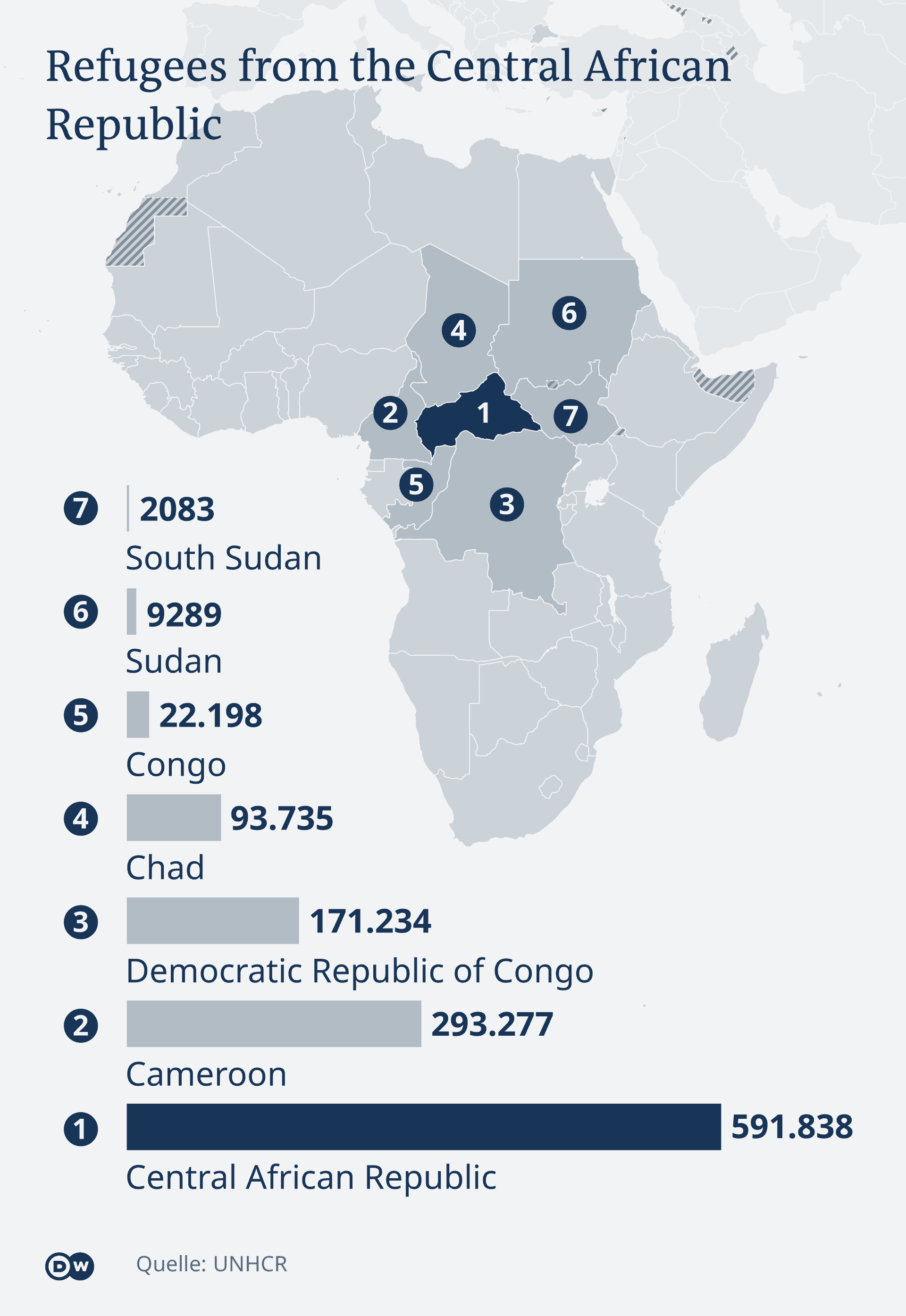 Some 4.2 million people have been displaced as of March 2019 — one million more than the recorded number in 2018. Violence escalated in 2019, particularly in Mali, Burkina Faso, Niger, and the areas around Lake Chad.

In response to the crisis, the World Bank is dispatching its director of operations, Axel van Trotsenburg, to the region. “We plan, in the next three years, to provide billion (€49 billion) to the Africa region,” he said ahead of his visit to Burkina Faso, Mali, Chad and Mauritania. “Special attention will be given to the fragile states like the Sahel region, the Horn of Africa and Lake Chad,” van Trotsenburg told DW.

The World Bank says it has put a lot of emphasis on good governance and strict controls on the use of “our money.” The Sahel countries are marred with issues of mismanagement and corruption, among other problems. “That means if there’s corruption and we find out, we will go after those who are abusing the money.”