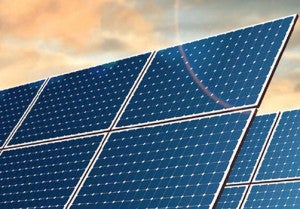 Wow, there’s a lot going on this week working to move our world beyond fossil fuels. From India to the U.S. to Australia, people across the globe are saying no to extreme fossil fuel extraction and yes to cleaner, renewable energy.

Leading the charge in India is India Beyond Coal. On Nov. 10, India Beyond Coal is organizing a Day of Action because coal is starting to take over the country, from the mines of Singrauli in Madhya Pradesh to the massive power plants in Andhra Pradesh. And with it comes hidden costs like deforestation, loss of biodiversity, increased sickness and a changing climate that endangers India’s future and everyone else’s.

Check out this video highlighting tomorrow’s Day of Action:

On Nov. 7, 350.org hit the road with their Do the Math Tour to jump start the next phase of the climate movement. The tour highlights how it’s just simple math when it comes to global warming. We can burn 565 more gigatons of carbon dioxide and stay below 2°C of warming or anything more than that risks catastrophe for life on Earth. The only problem? Fossil fuel corporations now have 2,795 gigatons in their reserves, five times the safe amount. And they’re planning to burn it all—unless we rise up to stop them.

The Do the Math Tour is encouraging college students to call for fossil fuel divestment on college campuses. Just like in the 1980s, apartheid was an injustice too terrible to be ignored. Today, global warming is the tremendous injustice that demands our generation to unite and take action.

Watch Bill McKibben explain the motivation behind the Do the Math Tour:

Greenpeace Australia is working to protect the Great Barrier Reef by stopping the coal industry from polluting its waterways. Check out Kick Kennedy’s post, Trouble Down Under! A Charming Look Into the Very Un-Charming Australian Coal Industry, exposing the coal industry’s complete disregard for human health and the environment.

Now that the Presidential election is over, it’s time to move forward on legislation that will create a sustainable energy policy by igniting the renewable energy industry. Sign the Expedite Renewable Energy Petition today telling Congress to:

• Mandates an aggressive RES (renewable electricity standard)
• Sets a limit and tax on greenhouse gas emissions, including carbon dioxide (CO2) and methane (CH4)
• Puts an end to subsidies for fossil fuels and nuclear power
• Provides incentives for renewable energy and energy efficiency projects
• Modernizes the electrical grid
• Provides market certainty to accelerate investment in renewable energy
• Invests in research and development for battery storage and renewable energy technologies
• Encourages distributed generation to help localize energy generation
• Defines renewable as non-combustion sources of energy
• Puts Americans back to work by creating green jobs and a sustainable economy
• Makes the U.S. a leader in fighting climate change and global warming
• Puts the health of people and the planet before corporate profits

We can transition to a cleaner, renewable energy future, but Congress needs to help lead the way.