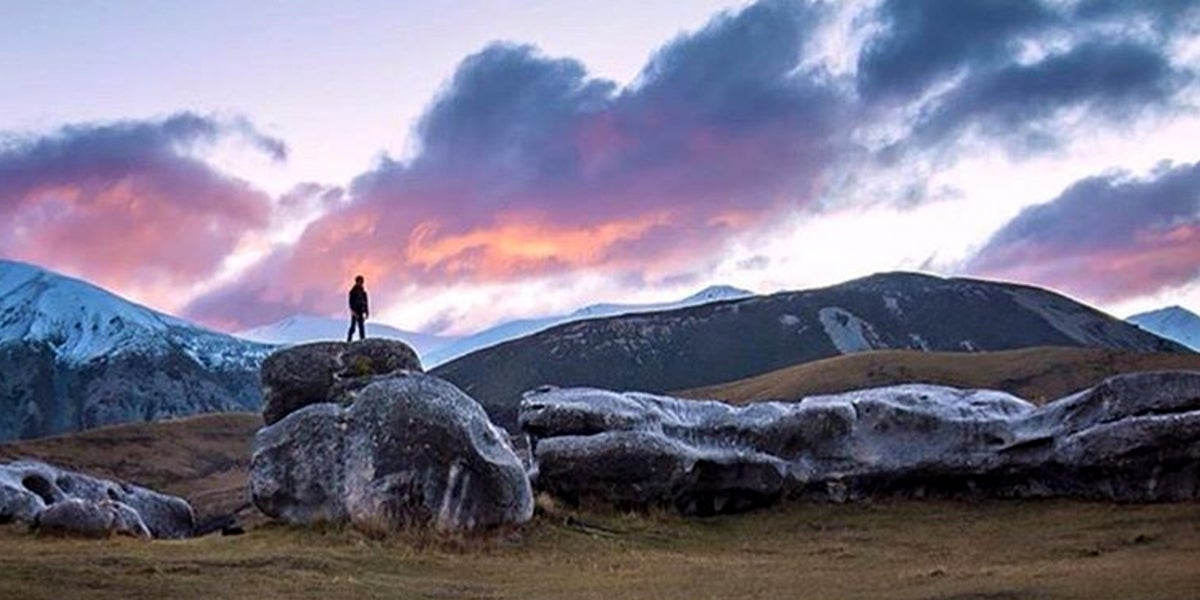 On election night, as the electoral map turned increasingly red, a swarm of Americans frantically searched the Internet for ways to flee Donald Trump‘s future presidential reign. So many of us visited Canada’s immigration site that it actually crashed. At the same time, the Guardian reported that the number of hits on New Zealand’s immigration website also dramatically jumped from its daily average of 2,300 visits to 56,300 in a 24 hour period. While we love our neighbors to the North, here are some reasons why you might want to get much further away.

Before Trump was elected, Supreme Court Justice Ruth Bader Ginsburg told the New York Times that she and her husband were looking to join New Zealand’s tiny population of 4.4 million people should the former Apprentice host win the highest office in the land.

“Now it’s time for us to move to New Zealand,” she said.

Richard Dawkins, also submitted a (joke?) letter to New Zealand. The English biologist, who went through a similar populist shake-up with Brexit earlier this year, wrote that New Zealand could be the “Athens of the modern world” if it decided to offer citizenship to the top minds in the U.S. and the UK.

He wrote via Scientific American:

“There are top scientists in America and Britain—talented, creative people, desperate to escape the redneck bigotry of their home countries. Dear New Zealand, you are a deeply civilized small nation, with a low population in a pair of beautiful, spacious islands. You care about climate change, the future of the planet and other scientifically important issues. Why not write to all the Nobel Prize winners in Britain and America, write to the Fields medalists, Kyoto and Crafoord Prize and International Cosmos Prize winners, the Fellows of the Royal Society, the elite scientists in the National Academy of Sciences, the Fellows of the British Academy and similar bodies in America. Offer them citizenship. The contribution that creative intellectuals can make to the prosperity and cultural life of a nation is out of all proportion to their numbers. You could make New Zealand the Athens of the modern world.”

2. Kiwi politicians care about climate change, unlike Trump who thinks global warming is a hoax created by the Chinese.

Prime Minister Sir Geoffrey Palmer said in an interview with Newstalk ZB that climate change is his biggest worry about a Trump presidency.

“The Paris Agreement, if that doesn’t work … we’ll have a revival of the petrochemical and fossil fuels industry, and that spells disaster for stopping climate change,” he said.

Metiria Turei, a New Zealand member of parliament and the co-leader of the Green party of Aotearoa, explained why she refused to congratulate Trump on his election win, a customary practice for the lawmakers.

“Donald Trump will almost certainly never hear about what I said in parliament yesterday or, for that matter, give a flying toss. In that sense, our position may seem futile,” she wrote for the Guardian. “However, it is unconscionable that the Green party of Aotearoa New Zealand—which has a proud record of promoting tolerance, inclusiveness and peace—would send our best wishes to a man who has spouted misogynistic, racist, xenophobic and climate change-denying views.”

Fun fact about New Zealand. In 2006, the country’s highest positions were all held by women: the Queen, the Governor-General, the Prime Minister, the Speaker of the House of Representatives and the Chief Justice.

This is the land of The Shire, after all. New Zealand’s official tourism Instagram is so unbelievably beautiful that I couldn’t decide which photo to post so I chose several.

“New Zealand weather and climate is of paramount importance to the people of New Zealand, as many New Zealanders make their living from the land,” says the tourism website. “New Zealand experiences relatively little air pollution compared to many other countries, which makes the UV rays in our sunlight very strong during the summer months. In order to avoid sunburn, visitors should wear sunscreen, sunglasses, and hats when they are in direct summer sunlight, especially in the heat of the day (11 am – 4 pm).”

5. There’s plenty of space for us.

According to a Buzzfeed post, “only 5 percent of New Zealand’s population is human, with the rest being animals.” That sounds pretty wild but even the government calculated there’s a sheep-to-person ratio of six to one.

“Don’t even think about moving to New Zealand. You shat the bed, now you have to deal with the mess,” since “America is worth fighting for.”

I, of course, agree. However, his later tweet that the country has nothing but nature and beer is only rubbing it in.

But you basically live in a bigger New Zealand. What do you expect to find here? I'm telling you there's nothing except nature and beer. https://t.co/QjbyPvi9oc