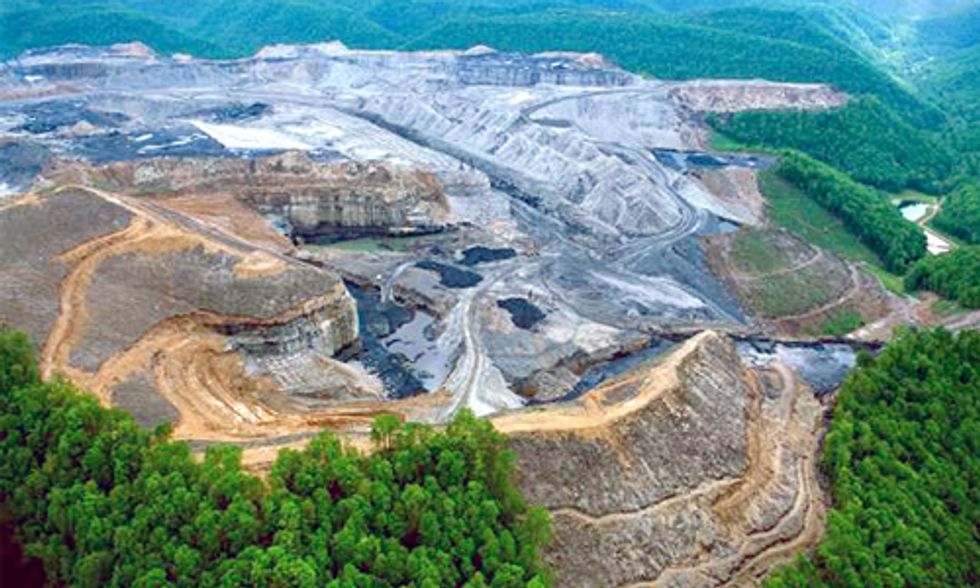 There has been some shocking news out of Appalachia in recent days. First, a game-changing new study demonstrated, for the first time, a direct link between the dust from mountaintop removal coal mines and lung cancer. Then Ken Ward, Jr. of the Charleston Gazette reported on a West Virginia lab worker who pled guilty to falsifying water test results because of pressure from the coal industry. And on top of all that came another report, this time out of Kentucky, showing that mountaintop removal is straining the ecosystems needed to support wildlife and critical stream habitats.

As Appalachia charts its future, one thing is clear—it’s long past time to end mountaintop removal.

The results of the West Virginia University health study are jaw-dropping. Researchers exposed human lung tissue to mountaintop removal dust in the lab, and they found the dust exposure promoted development of lung cancer is the first study that has demonstrated such a direct link between mountaintop removal pollution and these serious health consequences.

I think someday we’ll look back on the publication of this study as a watershed moment in the long mountaintop removal struggle. Health problems have been long documented in mountaintop removal country, including in dozens of peer reviewed studies, but the coal industry has always tried to shift the blame to other causes. As Dr. Michael Hendryx told the Charleston Gazette:

Meanwhile, the plot thickens in the case of the lab that diluted, substituted and otherwise tampered with water samples from coal mining sites across the state. These self-reported water samples are a key part of oversight of coal mining pollution. Just yesterday came further news from West Virginia that despite the state Department of Environmental Protection revoking certification for the lab where the falsified tests happened, the state board of environmental quality issued a stay on the revocation pending a full hearing to be held in December.

My colleague Bill Price, a fellow West Virginian and long-time advocate for Appalachian communities, is as baffled as I am. "The decision to not immediately implement the certificate revocation shows a total disregard for the safety of local residents," he said. "If you can't do it right, you don't deserve to be a certified water testing company. Period."

Bill, like me and so many others, hopes that federal and state investigators will dig much deeper, and faster. We have a right to know if the coal industry is pressuring other labs to falsify water tests, and guilty parties should be held responsible.

Meanwhile, the study out of Kentucky shows that reclamation of mined sites does not lead to recovery of the ecosystem, and that's because of fundamental, long term damage to waterways caused by surface and mountaintop removal mining activities. You can't blow off the top of the mountain, shove all the debris into a nearby valley, then replant some trees and expect everything to go back to normal. Among other reasons, this is because the science is making it increasingly clear that coal mining waste continues to pollute streams decades after mining ends.

As residents in West Virginia, Kentucky and other Appalachian states call for an end to mountaintop removal and all the harms it causes, they are also calling on their leaders to chart a safe, healthy, prosperous path forward for the region. In West Virginia and Kentucky, legislators have assembled task forces to begin tackling the question of how to diversify coalfield economies—the SCORE program in West Virginia and the SOAR project in Kentucky. It remains to be seen whether these efforts will really grapple with moving beyond a boom and bust fossil fuel economy, but it’s a start. Meanwhile, grassroots organizations in both states are doing sophisticated, important work on economic transition.

As Appalachia charts its future, one thing is clear—it’s long past time to end mountaintop removal. The U.S. EPA can act to rein in the worst abuses of the coal industry. Congress can pass the Appalachian Communities Health Emergency (ACHE) Act and the Clean Water Protection Act. There is no time to waste—with each passing day, lives hang in the balance.