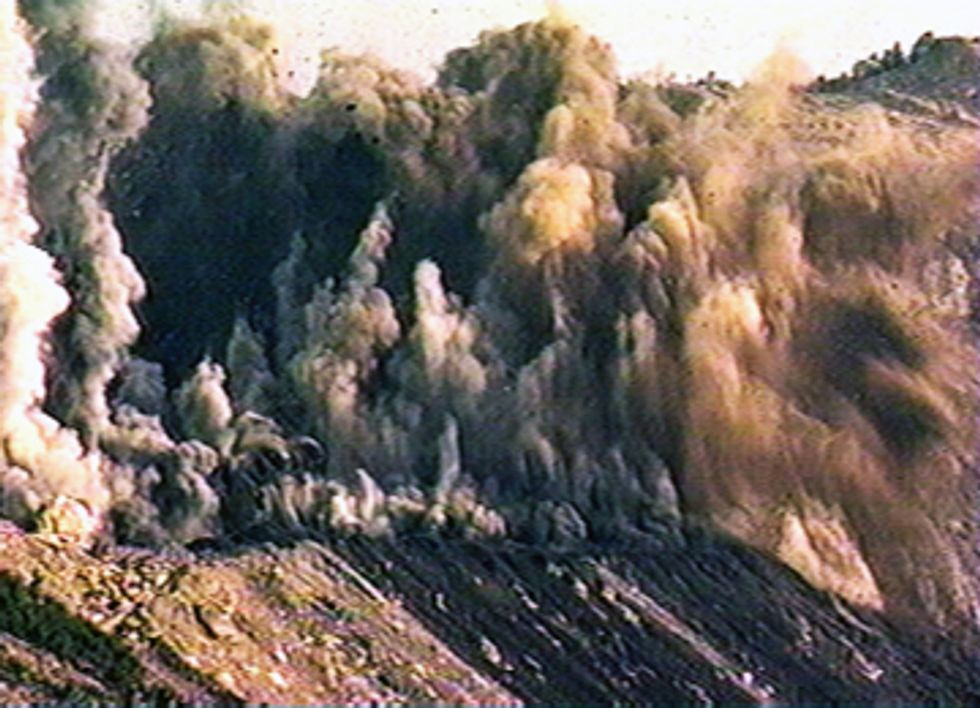 In April, millions of Americans who oppose mountaintop removal celebrated two major court rulings that dealt “major blows” to the coal industry’s use of the destructive practice. But a grim reminder of the work ahead came a week ago, when residents of West Virginia’s Coal River Valley received a letter from Alex Energy, Inc., saying that they’re not done yet.

Shared on Facebook by Coal River Mountain Watch, the terse letter is a soulless script, and very matter-of-factly makes residents aware of the scheduled daily detonations that will likely rattle homes and coat buildings with coal dust. For the next year, residents of Naoma, WV, will be reminded of the true cost of our energy policy by air horn blasts and explosions, courtesy of Alex Energy.

More than 150 homes received this letter from Alex Energy, Inc., alerting them of the year of daily detonations ahead. Courtesy of Coal River Mountain Watch.

Meanwhile, a U.S. Circuit Court of Appeals last month upheld a permit for Alpha Natural Resources’ Highland Reylas mountaintop removal mine in Logan County, WV, despite the fact that it will destroy two and a half miles of streams. In its ruling, the panel of judges wrote that “with the inability to demonstrate that the [U.S. Army Corps of Engineers] failed to take a ‘hard look,’ the [plaintiff’s] arguments are reduced to no more than a substantive disagreement with the Corps.”

While headlines in major news outlets claim “Coal is Dead,” residents of Appalachia rightfully have their doubts. With little recourse available, they are still being asked to accept the systematic destruction of their homeland and heritage as the cost of doing business. Despite recent victories over the coal industry’s use of mountaintop removal, coal is not dead and neither is the most destructive method used to mine it.

In Central Appalachia, proud, self-reliant people have been recast as dependent on the coal industry for shelter, food and meaning. Entire communities have been backed into the absolutely disheartening and hopeless position that, even as the coal production and demand declines, mining will forever be the one opportunity they have to make a living. But recently, it has become clear that even the coal industry cannot keep its promises to miners and their families.

Last week, a federal judge in St. Louis, MO, ruled in favor of the bankrupt Patriot Coal in the company’s attempt to gut health care and pension benefits of thousands of workers and retirees. In response, leaders of the United Mine Workers of America are organizing protests and rallies in St. Louis and throughout Central Appalachia. Union members and observers argue that Patriot was intentionally saddled with unsustainable pension and long-term health care obligations when Peabody Coal formed it as a separate company in 2007.

“The outcome will be less health care for the retirees, a poorer future for those retirees, who will likely die earlier than they would have otherwise died due to poor health care,” Kentucky State Rep. Brent Yonts told the Associated Press. Rep. Yonts described the ruling as “the day big business struck down the little guy.”

For decades, coal companies have destroyed forests, brought down more than 500 mountains, poisoned water and fragmented communities. They’ve extracted billions of dollars from the region but cannot meet their obligations to the workforce that allowed them to do so. And yet, the industry is still willing to portray itself as the savior of Appalachia.

After hard-won battles, mountaintop removal and the long list of environmental and health concerns that come with it continue. Somehow policymakers and citizens remain willing to accept the coal industry’s assurance that it will get better, that they’re just not done yet.