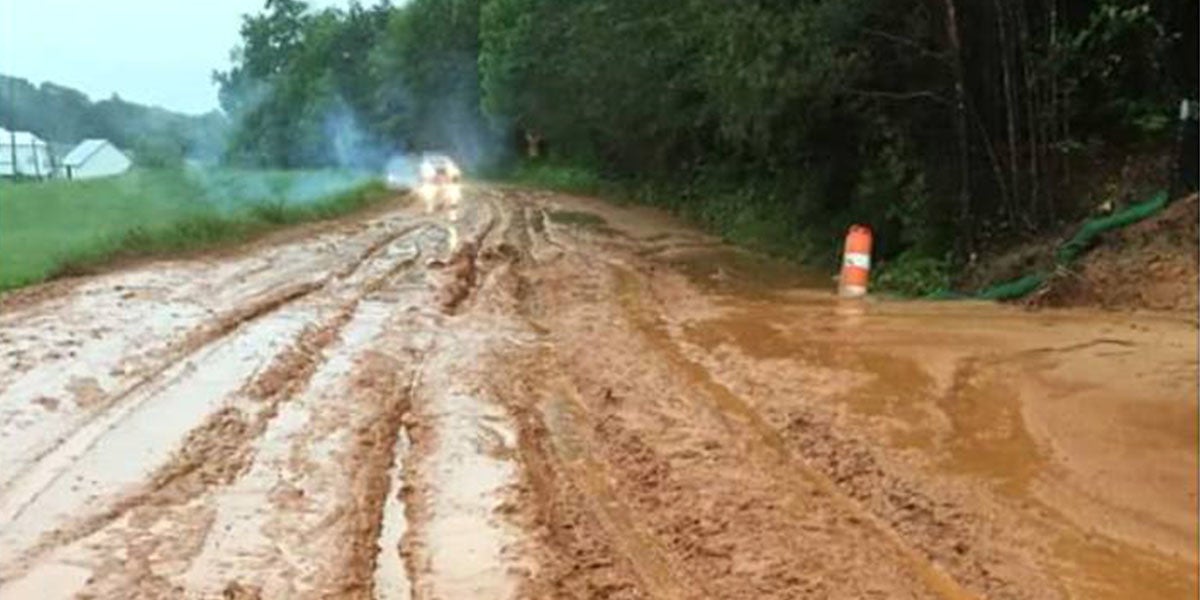 The fight against the Mountain Valley Pipeline has gone from the trees to the courts, as six landowners filed suit against the pipeline in federal court Tuesday, claiming a mudslide near one of its construction sites damaged their property, WSLS 10 reported.

The suit comes a week after the U.S. Army Corps of Engineers pulled the project’s permit to empty dredged material into West Virginia rivers while it evaluates if the project violates West Virginia’s environmental rules, potentially delaying the pipeline, Reuters reported.

The controversial pipeline would carry fracked natural gas through 300 miles of West Virginia and Virginia. It has faced vocal opposition, motivating nine tree sitters to block its path since February.

The landowners in Tuesday’s suit, Wendell and Mary Flora, Glenn and Linda Firth, and Michael and France Hurt, live near a pipeline construction site in Franklin County, Virginia.

Heavy rains May 15 caused a mudslide to override construction barriers at the pipeline work site on May 18 and block Cahas Mountain Road with 8 inches of mud.

The landowners claim the runoff from the mudslide entered their properties and damaged streams.

The suit says the company showed a “startling disregard” for the impacts of construction and asked the judge to stop work on the pipeline.

Immediately following the mudslide, Wendell Flora told WSLS 10 he had never seen flooding as severe in his 50 years living near Cahas Mountain Road.

“When the pipeline wasn’t here, naturally, the water would be up. It would get up really high, but it wouldn’t be muddy, running muddy like it is now,” he said.

The suit was preceded by an ongoing investigation by the Virginia Department of Environmental Quality (VDEQ) into the cause of the mudslide.

One VDEQ worker quoted in the suit said she saw so much mud block a stream near the slide that the water stopped flowing.

The incident confirms the fears voiced by the pipeline’s opponents when it was approved by the Federal Energy Regulatory Commission (FERC), together with the nearby Atlantic Coast Pipeline, in October.

Two members of the FERC appointed by President Donald Trump voted to approve both projects, with Democrat Cheryl LaFleur voting against.

“The record demonstrates that these two large projects will have similar, and significant, environmental impacts on the region. Both [pipelines] cross hundreds of miles of karst terrain, thousands of waterbodies, and many agricultural, residential, and commercial areas. … and thus I respectfully dissent,” LaFleur wrote in her dissent, Think Progress reported.

The recent mudslide brings the reasons behind her dissent to life.

“My concerns are what they’ve always been—damage to our environment, damage to our watershed, runoff that’s going to not only the town of Rocky Mount’s water treatment plant but Smith Mountain Lake’s sedimentation and water quality,” Franklin County Board of Supervisors Mike Carter told WSLS 10 after the mudslide.