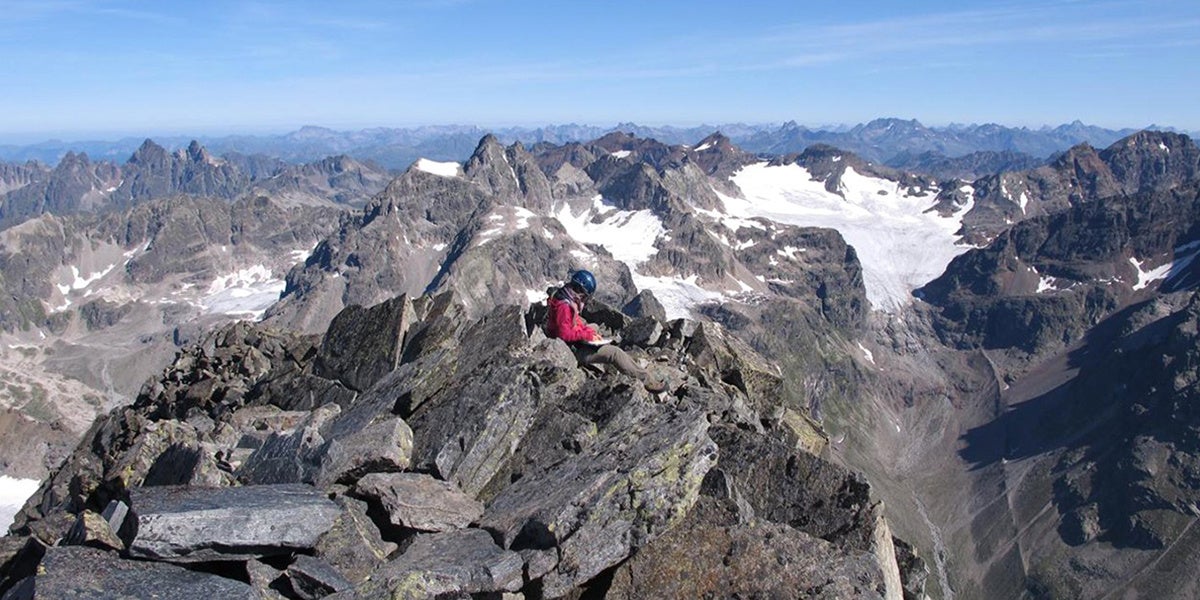 On the summit of Piz Linard in the Swiss Alps, where botanists recently identified 16 plant species. In 1835 only one was found. Hansueli Rhyner, SLF, Switzerland

Mountain plants are on the rise. The number of species on the highest European mountains has multiplied fivefold.

Data gathered over 145 years from 302 peaks shows that the count of wild plants that have colonized the highest zones has increased five times faster than during a comparable decade 50 years ago.

This may not, in the long run, be good news. The enriching of the high life is unequivocally linked to global warming: changes in precipitation, or in nutrient supplies, are not enough to account for the growth in alpine colonists.

More than 50 scientists from Denmark, Norway, Germany, France, Austria, the UK, Italy, Switzerland, Poland, Spain and Slovakia reported in the journal Nature that such change has “potentially far-reaching consequences not only for biodiversity, but also for ecosystem functioning and services.”

The finding was possible because European botanists and biologists began assembling data on the plant growth at the highest sites in the 1870s and have maintained their databases ever since.

The study does not, so far, suggest that new species have displaced the original residents. But plants adapted to the conditions on the highest peaks may run out of options as the mountains themselves get warmer.

“Some of the species which have adapted to the cold and rocky conditions on mountain summits will probably disappear in the long term. They have nowhere else to go, and they can’t develop rapidly enough to be able to compete with the new arrivals, which are taller and more competitive under warmer climates,” said Manuel Steinbauer, who led the research while at the University of Aarhus in Denmark, but who is now at Friedrich-Alexander University Erlangen-Nuremberg in Germany.

“The species that move upwards often come from grassland above the tree line. But they can’t survive everywhere on the mountain top, so it’s not certain that they will be a threat to all the existing species up there. The local soil conditions and micro-climates also play a role.”

Mountains are natural laboratories, and researchers have been monitoring high altitude change for decades. Conservationists and biologists have repeatedly warned that mountain ecosystems are more vulnerable to climate change.

They have measured the rate at which plants, birds and insects have gained in altitude in the Swiss Alps and in the Andes. They have observed change in the mix of alpine flowers and even detected diminution in the body size of alpine chamois, with increasing temperature.

So change at the highest level comes as no great surprise. But as atmospheric carbon dioxide levels rise in response to ever greater use of fossil fuels, and as global average temperatures increase, species at the extremes could increasingly be at risk.

“Even though the existing species on mountain tops are not acutely endangered, the strong acceleration in the effects of global warming on plant communities on the peaks does give cause for concern, as we expect far stronger climate change toward 2100,” explained Jens-Christian Svenning at Aarhus University, another of the authors.