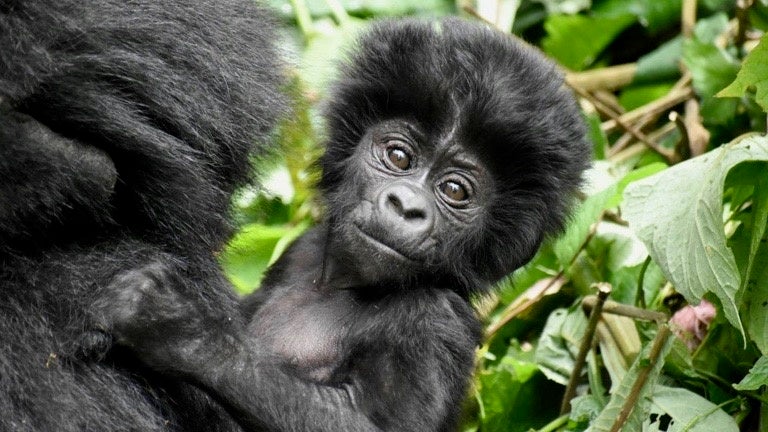 The outlook for eastern Africa’s mountain gorillas is growing brighter, as a recent census released on Dec. 16 shows that the subspecies’ numbers have risen since 2011. Scientists believe there are now at least 1,063 mountain gorillas living in the wild.

Tara Stoinski, the CEO and chief scientific officer of the Dian Fossey Gorilla Fund, said the results of the latest census were “incredible, given what’s happening to other wildlife populations, and given the high level of threats that they face.”

“It’s a real testament to the level of conservation action that’s happening for these populations,” Stoinski told Mongabay. 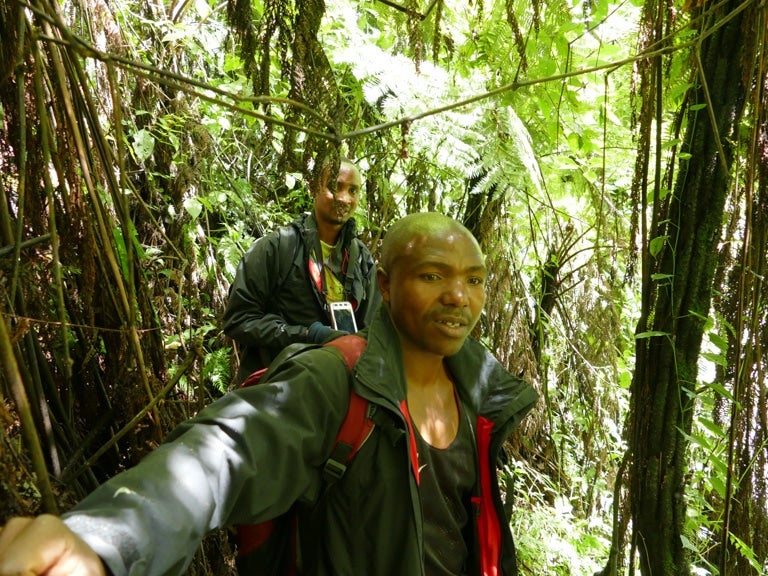 A team participates in a training for the census. Winnie Eckardt / Dian Fossey Gorilla Fund / Mongabay

In the 1980s, the known population of mountain gorillas (Gorilla beringei beringei) in the Virunga Mountains had dwindled to just 240 individuals, as lost habitat, hunting, disease and other threats had exacted a costly toll. By late 2018, though, more than three decades of “extreme conservation” involving the day-to-day protection of gorilla families appeared to be having an impact: A 2016 survey of the gorillas living in the Virungas revealed an increase to 604 animals.

At the time, scientists pegged the total number of individuals at more than 1,000, and the IUCN changed the ape’s status on the Red List from critically endangered to endangered.

But a census of the other mountain gorilla population, found further north in the Bwindi-Sarambwe ecosystem, hadn’t taken place since 2011, when researchers figured it held 400 gorillas. 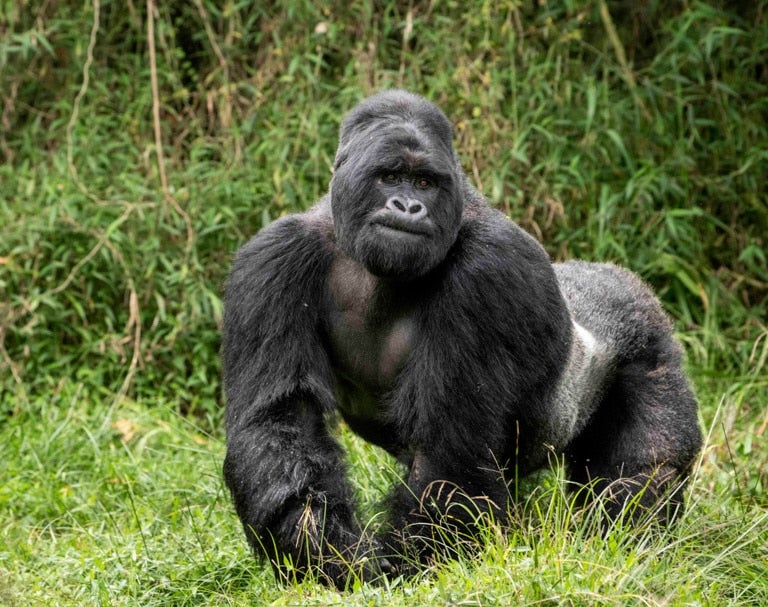 The 2018 census of the Bwindi-Sarambwe population, which straddles the border between Uganda and the Democratic Republic of Congo, found evidence of at least 459 individuals. The 2011 census covered only Uganda’s gorillas. In 2018, however, improved local security allowed teams to include DRC’s Sarambwe Nature Reserve as well.

Mountain gorillas live in three different countries — Uganda, DRC and Rwanda. And the Virunga and Bwindi-Sarambwe populations aren’t connected to each other: Though just 50 kilometers (31 miles) separates the edges of the two ranges, the landscape between them no longer has forest that can support gorillas. The researchers and trackers involved in the census say that the disconnected populations and their transboundary ranges have made cooperation vital to both the protection of the animals and to monitoring efforts.

The recent census was “a great example of collaboration between governments, conservation organizations like the Fossey Fund and local communities,” Felix Ndagijimana, who directs the Fossey Fund’s Rwanda programs and the Karisoke Research Center, said in a statement.

In addition to the DRC and Uganda governmental wildlife agencies, the effort, under the Greater Virunga Transboundary Collaboration, included support and funding from more than a dozen conservation NGOs and institutions as well as local communities.

To carry out the census, survey teams walked “reconnaissance” trails, scouring the ground for fecal samples in a “two-sweep” method — one between March and May 2018, and then again between October and December 2018. 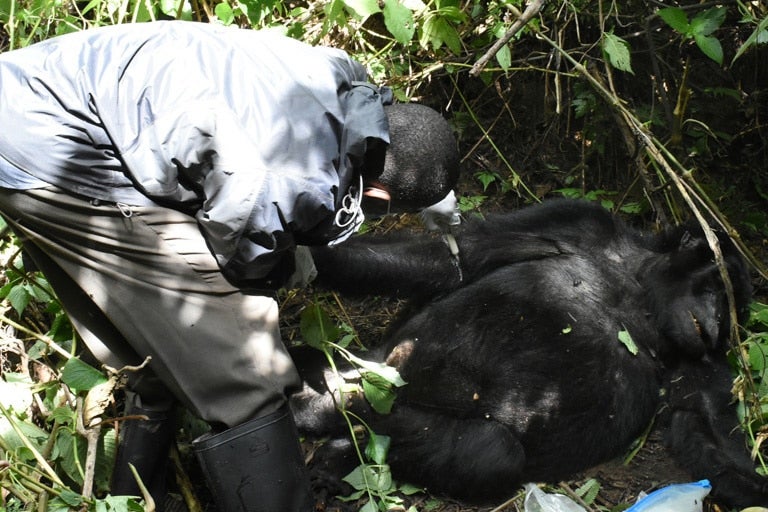 Tromping through the gorilla’s habitat is not easy work, Stoinksi said. “It’s called the Bwindi impenetrable forest for a reason.”

“The census work is a tough job — physically demanding, with 12 hours each day of walking through the forest, crossing big ravines and climbing mountains,” Prosper Kaberabose, a Fossey Fund tracker, said in a statement. But by participating in the training before the survey, as well as the census itself, members of the team picked up valuable and marketable skills, Kaberabose said.

The fecal samples — about 2,000 of them — were then sent to the Veterinary Genetics Laboratory at the University of California, Davis. Analyses conducted there identified 459 individual gorillas.

“Given ongoing risks to mountain gorillas such as habitat encroachment, potential disease transmission, poaching and civil unrest, this increase should serve as both a celebration and a clarion call to all government, NGO and institutional partners to continue to collaborate in our work to ensure the survival of mountain gorillas,” Kirsten Gilardi, executive director of the Gorilla Doctors and a veterinarian at UC Davis, said in a statement. 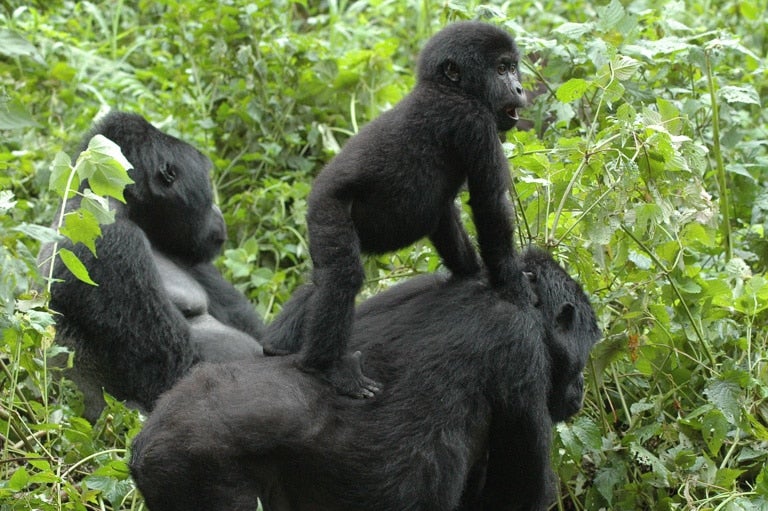 The teams also noted signs of other animals, including chimpanzees and elephants. Though these mammal populations weren’t the focus of the study, they appear to be holding steady, in contrast to declines elsewhere.

It may be that the conservation efforts to protect gorillas are also helping to keep other species safe, Stoinski said.

But despite the success of the “extreme conservation” that’s gone into bringing mountain gorillas back from the edge of extinction, Stoinski echoed Gilardi’s call for continued action. Mountain gorillas are still “conservation-dependent,” she said.

“The really exciting news is that they’re increasing,” Stoinski said. “The other side of that is they still face a lot of challenges.”