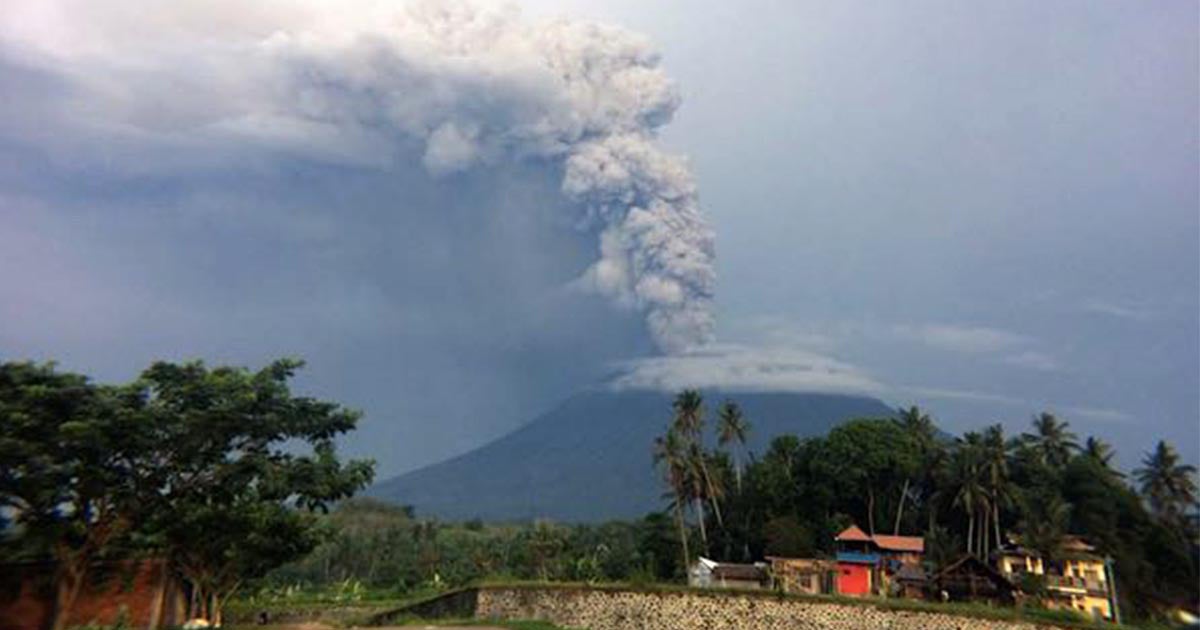 On Wednesday the Indonesian government opened an airport on Bali as wind blew away ash spewing out of a volcano, clearing the air for planes and giving residents and tourists a chance to escape.

In the past several days, the volcano has disrupted operations at Bali’s airport, the second-busiest in Indonesia, while tens of thousands of residents living within a 10-kilometer radius of Mount Agung have been told to leave. Around 43,000 people had fled, but an estimated 90,000 to 100,000 people were still living in the eruption zone.

Earlier in the week Indonesia’s National Disaster Management Authority (BNPB) warned that eruptions are increasing and declared the highest level of alert for a volcano. The BNPB warned that there is a large risk of lahar flows if the volcano erupts. Lahar flows are mudflows that contain volcanic debris and are capable of destroying everything in their path. President Joko Widodo begged residents living in the danger zone to move to emergency centers.

The last time Mount Agung erupted was in 1963, and the incident killed more than 1,000 people.

Outside Bali, scientists are waiting to see how the volcano affects the earth’s temperature. “Most eruptions do not have a meaningful climate impact, and so the risks associated with the eruption are limited to the nearby population,” Chris Colose, a NASA climate scientist told Vox. “For climate, the big thing to pay attention [to] isn’t the ash but the sulfur emissions.” Sulfur dioxide reacts in the sky in such a way that it scatters sunlight and cools the planet.

The last time Mount Agung erupted it brought global temperatures down by between 0.1 and 0.2°C for a year. A climate researcher at Carbon Brief, Zeke Hausfather, has showed that this round of eruptions could have a similar effect lasting until 2020.

On Twitter, Erik Klemetti, a volcanologist at Denison University wrote, “the eruption at Agung in Indonesia has been relatively small so far, but with lava at the summit crater, it is anyone’s guess how it proceeds from here.”

See the video below for a live broadcast of the volcano: