‘Mothers Rise Up’ in Global March for Climate Action 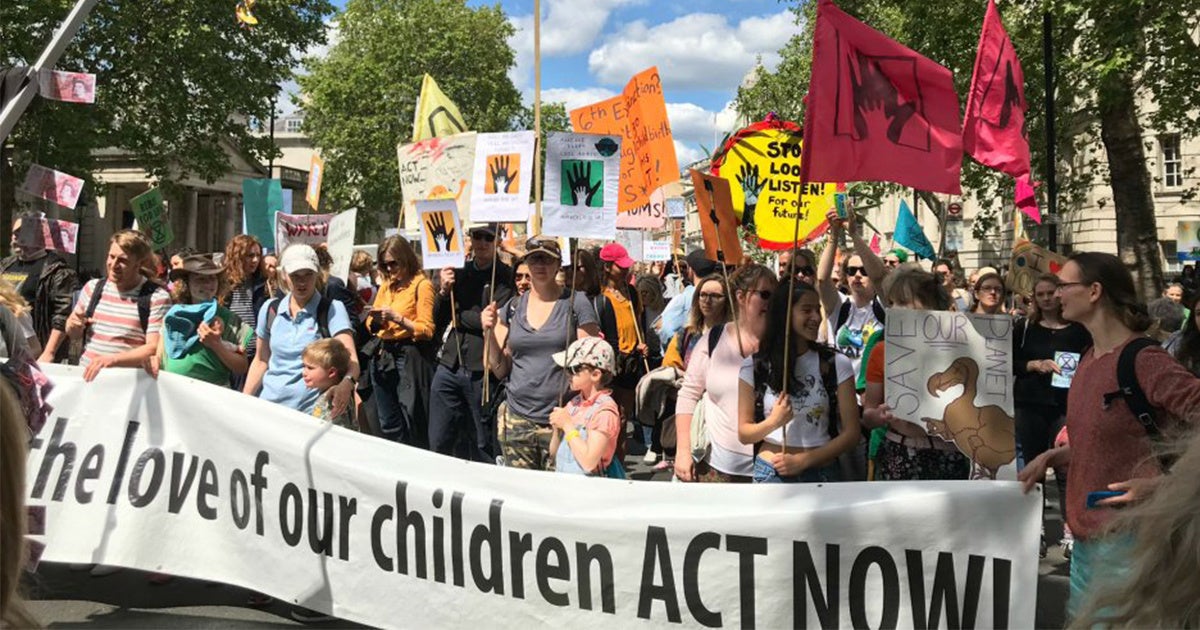 Marking International Mother’s Day, thousands of moms took to the streets in London and across the world Sunday to demand transformative action on behalf of Mother Earth and their children, whose futures are under threat from the global climate crisis.

“Business as usual — toxic pollution in our streets and our schools — is fueling a crisis that is making our kids sick and it is families in the deprived areas that are paying the heaviest price,” Rosamund Kissi-Debra, whose daughter died from an asthma attack linked to air pollution, said during a rally on Sunday. “We need to do everything necessary to clean up our air and create a safer future for all our children.”

The Mother’s Day climate demonstration in London was organized by Mothers Rise Up, a UK-based advocacy group led by mothers inspired by the youth climate strikes that have spread across the globe.

Climate marches also took place in Australia, Spain, the Netherlands, the Czech Republic and other nations on Sunday.

Ahead of Sunday’s demonstrations, Mothers Rise Up published an open letter by over 100 parents calling on the governments of the world to confront the climate crisis with bold action “before it’s too late.”

“We are terrified at what the growing climate crisis means for our children and millions of children across the globe — many of whom are already suffering because of the extreme droughts, floods, and storms that are increasingly the norm in our rapidly over-heating world,” the letter reads.

“We are inspired by the young people who are striking for climate action, but we can’t leave it to our children to fix the mess that past generations have created,” the parents wrote. “On the 12th of May — International Mother’s Day — mums, dads, grandparents and families will be taking to the streets in London and beyond to demand that action. Together with worried parents across the globe we are calling on governments to declare a climate emergency.”