50 Most Solar-Saturated Zip Codes in California 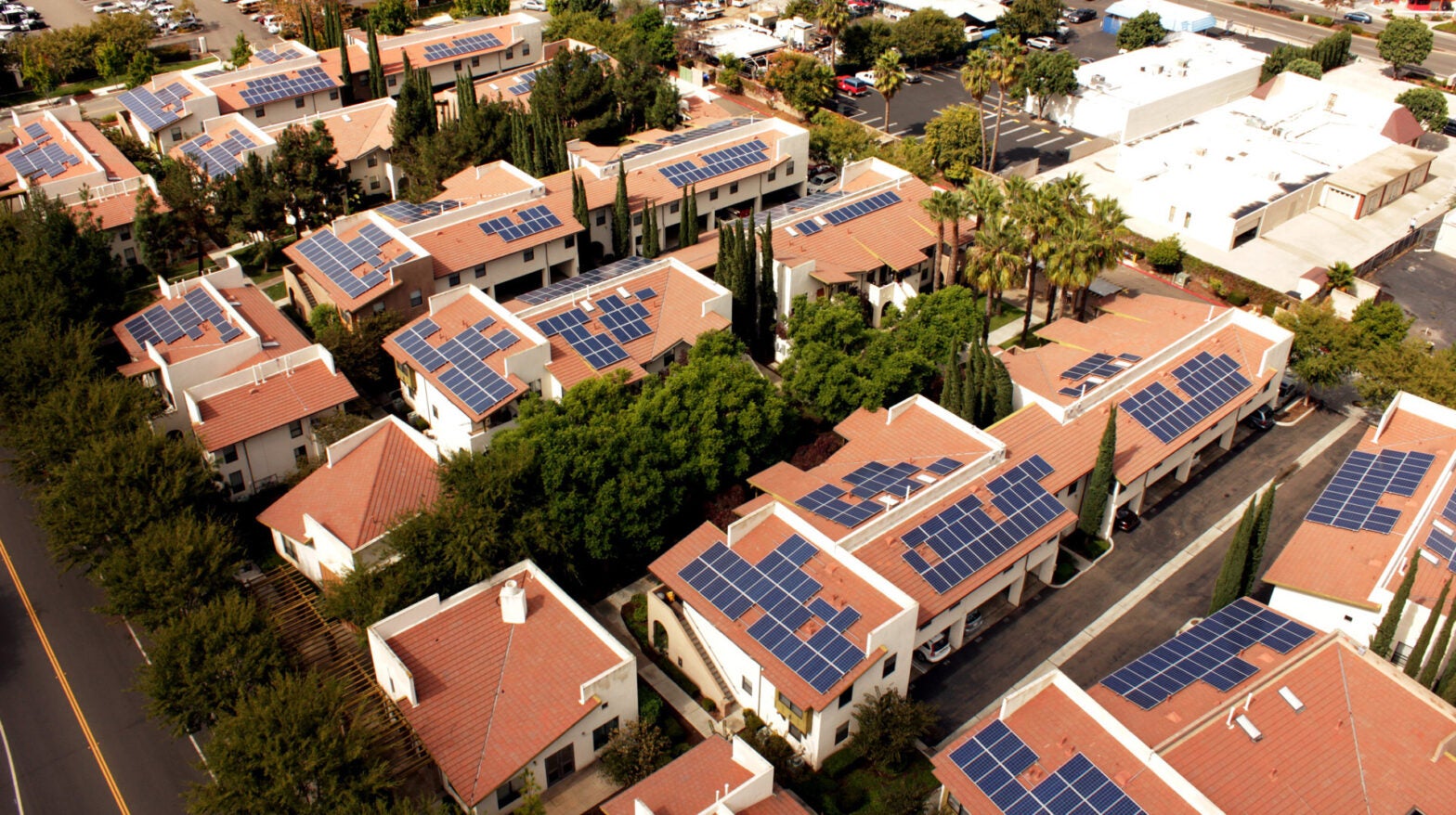 By Joe Rand and Ben Hoen

Solar power is blazing hot in a growing number of communities across the U.S. And nowhere is it hotter than in sunny California. California is home to two out of five customer-owned solar systems in the U.S.

As solar panels become common features on homes, they are becoming part of the process of buying and selling real estate. 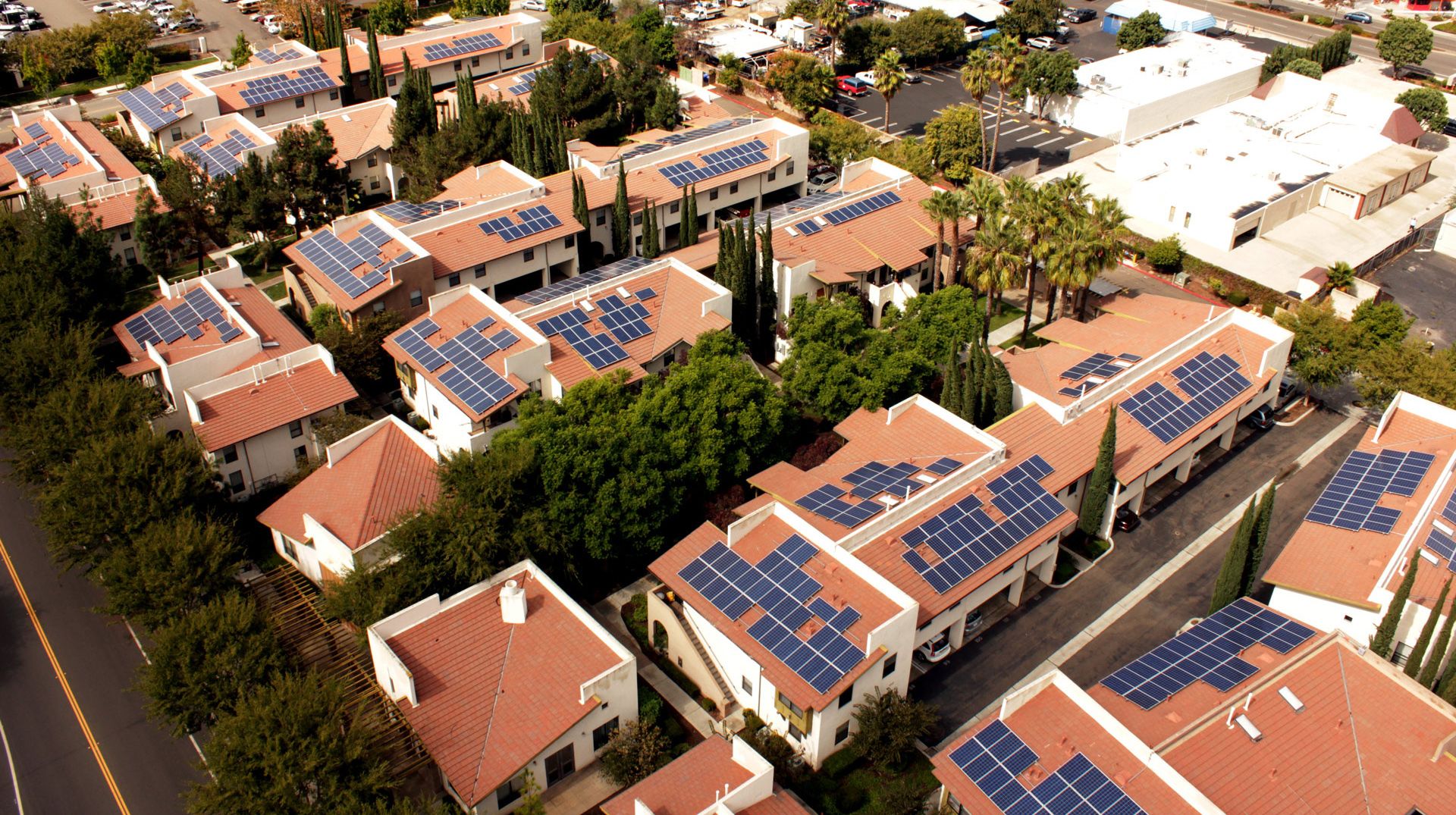 Research from the Berkeley Lab, Elevate Energy and the Center for Sustainable Energy shows that buyers think solar is a desirable feature, but that they, realtors and appraisers need more help to find and value solar homes.

California is by far the U.S. leader in solar on homes. The Golden State has bountiful sunshine, historically strong state incentives and some of the highest electricity rates in the country. Homeowners in the hot Central Valley can see summertime bills soaring for air conditioning and pool pumps, making solar a very attractive option.

Back in 2004, California Gov. Arnold Schwarzenegger set a goal of 1 million solar roofs by 2018, leading to the creation of the $3.3 billion Go Solar California! Campaign. Progress has been outstanding, with more than 537,000 homes, businesses, schools and farms sporting solar panels, according to data from state agencies.

That much solar means that solar homes are becoming common in some neighborhoods.

To find out how common, we worked with the Center for Sustainable Energy (CSE) to analyze solar homes by zip code and compared that with the number of single family homes in those same zips.

Top 10 California Zip Codes by Percent of Homes with Solar

And some neighborhoods have much more. Scripps Ranch, on the north side of town, is 26 percent solar, according to CSE, making it the most solar-saturated zip code in the state. Six zip codes in San Diego county exceed 20 percent. (See an interactive database below of the top 50 solar home zip codes in California).

And as the number of solar homes increases, more solar homes are entering the real estate market.

“We’ve seen a pretty substantial increase in solar homes sales over the past few years,” said J. Daniel Geddis of One Mission Realty in San Diego.

He expects solar home sales to increase over time, due to the time lag between when solar is installed and when the house may be sold. “When people put solar on or do a big improvement they don’t sell their house right away,” he points out.

High concentrations of solar homes in a neighborhood means that home buyers, realtors and appraisers are dealing with them every day.

Yet the standard tool for finding homes on the market, the Multiple Listing Service or MLS, typically doesn’t include information on solar power.

“The average buyer is becoming more educated, but a lot of education still needs to happen,” Geddis said. “They see solar panels and think ‘that’s great’ but they don’t think about whether it’s leased or owned, how much they put out or how old they are.”

“The biggest problem is getting information out to buyers as well as to real estate agents, since not all agents understand it either,” he added.

Berkeley Lab is working with Elevate Energy and a team of experts from the real estate, appraisal and MLS communities to enable agents to add details about solar systems to MLS databases across the country. This will increase transparency and make it easier for shoppers, realtors and appraisers to find solar homes and properly value solar as a feature.

And solar does indeed have value. A series of reports by Berkeley Lab, including Selling Into The Sun and Appraising into The Sun, have found that solar power that is owned by the homeowner can increase the sales price of homes by an average of $4 per watt or $15,000 for a typical system. Premiums are dependent on the size and age of the solar system, the prevailing price of electricity and the “replacement” cost of similarly sized system in the neighborhood.

Many solar systems are not owned by the homeowner, but rather are owned by a third party, which installs it on the homeowner’s roof and leases the system back to the homeowner. This third-party arrangement has the potential to complicate sales, but a recent qualitative survey in San Diego led by Berkeley Lab found that sales of homes with leased systems went smoothly with little to no additional effect on home values.

Geddis thinks ownership makes for an easier sale. “The new owner gets an instant benefit without paying for a loan payment or lease,” he said. “With the right marketing, that tends to speed up the time on market and usually demands a higher value.”

Solar adds to what he calls “the HGTV effect,” after the Home and Garden TV network. “A lot of buyers these days want a move-in ready house,” he said. “Solar panels are a bright shiny object—a cool new feature, something the neighbors might not have. It compares to a new remodeled kitchen.”

And the savings on the utility bill also helps. “Buyers often don’t factor in the cost of living in the home, but solar gives them something to think about,” he pointed out.

Experience has shown that solar is a good investment, and is sought after by home buyers. Incorporating it into the standard process of home buying will help highlight and capture that value and make it easier for buyers and sellers to get together.

The U.S. Department of Energy’s SunShot Initiative is putting a spotlight on issues around solar and real estate. See research, graphics and more here.

The authors are with the Electricity Markets and Policy Group at Berkeley Lab, which conducts technical, economic and policy analysis of energy topics in the U.S. electricity sector. This article was written to highlight work the Berkeley Lab has done for the Department of Energy’s SunShot Initiative on solar and real estate. SunShot is a national collaborative effort to make solar energy cost-competitive with other forms of electricity by the end of the decade.