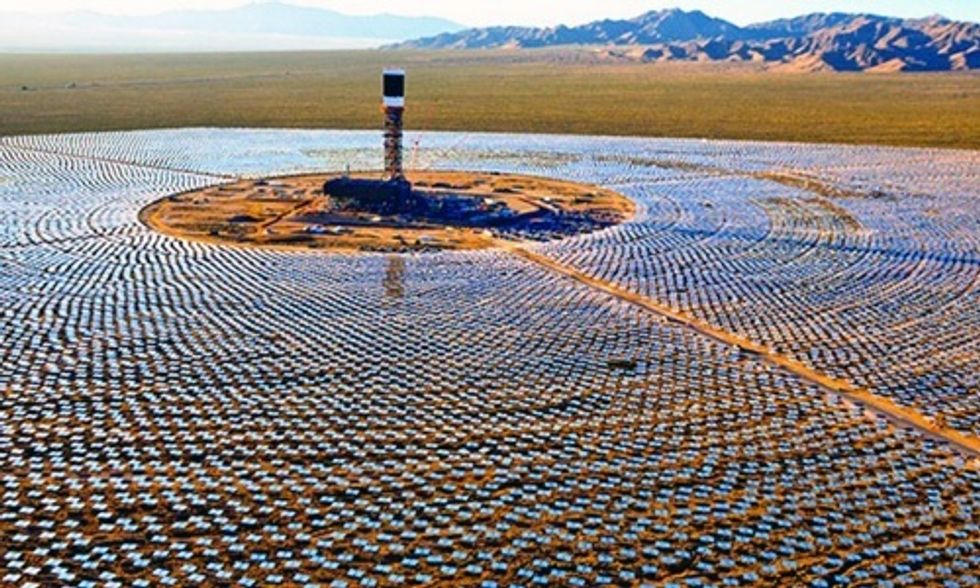 California and Morocco are starkly different places, but not when it comes to energy.

Both are charting radical paths to replace fossil fuels with clean energy—and they’re pulling it off.

As climate negotiators scramble this week to keep their bold carbon reducing agreement on track at COP21, they can draw lots of inspiration from these two regions that are both embarking to get half of their energy from green power by 2030.

While California has been working at it longer and is already halfway to its goal, Morocco is moving aggressively to catch up. A big step will come in late December when it opens the first phase of a massive concentrated solar power (CSP) plant covering a space roughly the size of its capital city, Rabat. Upon completion in 2017, the huge parabolic mirrors in the shimmering Sahara Desert will bring power to 1 million Moroccans.

Abdelkader Amara, Morocco’s energy minster, said the impetus for the country’s bold green ambitions was a weariness of relying on imported energy, virtually all of it from fossil fuels. “To reduce our energy dependency, we realized we had a promising reservoir which focused on solar and wind,” said Amara, who joined California Gov. Jerry Brown at a Re-Energizing the Future event Sunday in Paris.

But, of course, projects don’t just arise like miracles in the desert; they need supportive policies.

“We eliminated all subsidies to fossil fuels,” Amara said, describing a suite of regulatory steps that have help attract substantial public and private investment. “It required political courage, but it sent a strong message.”

Other key measures were opening up Morocco’s electric sector to private companies and enabling power purchase agreements, which are long-term guarantees that the state will buy power being generated. Morocco is also making sure to get competitive bids—called international tenders—which have also helped to keep project costs down.

An area where Amara and Brown found especially strong consensus was the importance of energy storage.

One of the advantages of Morocco’s concentrated solar projects is it stores the heat energy in molten sands for up to three hours, thus enabling power to be used during peak demand. The project’s next two phases will store power for even longer.

Energy storage is also a key linchpin of Brown’s bold green ambitions in California. “You can't just have solar PVs, you need the grid, you need the storage,” Brown said.

With results like that, it’s no wonder there’s lots of optimism that global leaders will reach a strong climate agreement this week that will put countries all over the world on the same green path as California and Morocco.

“What we do expect from COP21? We expect binding emission-reduction targets for all 195 countries to limit global temperature rise to 2 degrees Celsius,” said Jean-Louis Bal, president of the Syndicate for Renewable Energy of France. “Replacing fossil fuels with renewable energy is the most effective way to achieve this.”