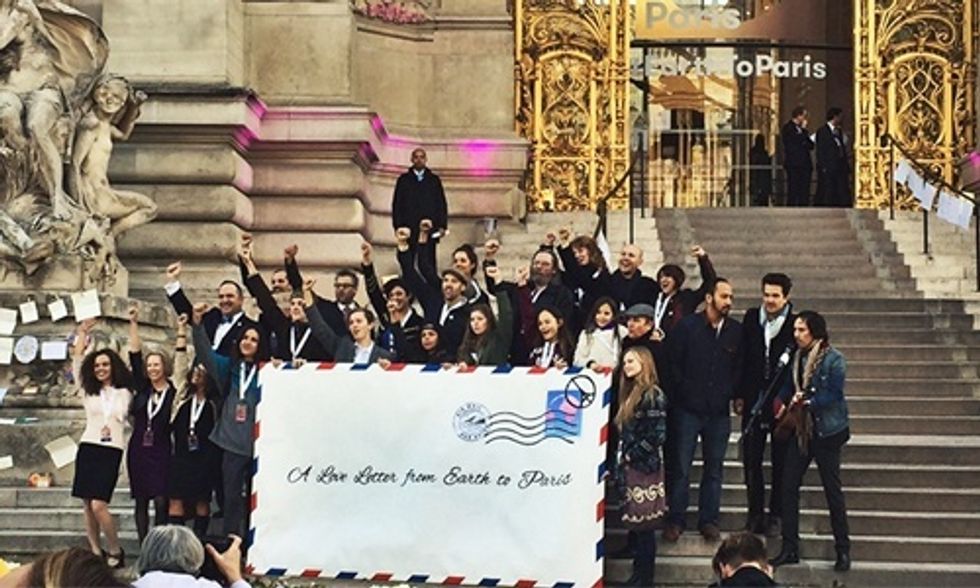 Earth to Paris, a coalition of global partners driving awareness about the connection between people and planet, released a high impact video yesterday promoting the global #EarthToParis movement that took place Monday in Paris. Narrated by Morgan Freeman, the video serves as a crowdsourced love letter from Earth to Paris for world leaders to take action on climate change.

In the video, Freeman (as the Earth) reads, “Dear Paris, there is no voice more beautiful than the voice of the world speaking as one and the world has spoken. This is about all of us—everything we know, everyone we love and our survival.”

A Love Letter from #EarthToParis video follows the first Earth To Paris anthem video, which received more than 1 billion impressions in its first week.

The Earth To Paris coalition invites people everywhere to unite their voices this week for bold climate action so that Earth’s voice is heard during the negotiations at the United Nations Climate Summit—COP21. Earth To Paris received more than 36-hours of global digital surge of Twitter chats, Google Hangouts, and locally hosted watch parties and digital events in at least 19 countries across all six inhabited continents.

The Earth To Paris coalition consists of more than 110 partners—including the City of Paris, Facebook, Swarovski and Twitter—with a social reach of more than 200 million individuals globally.