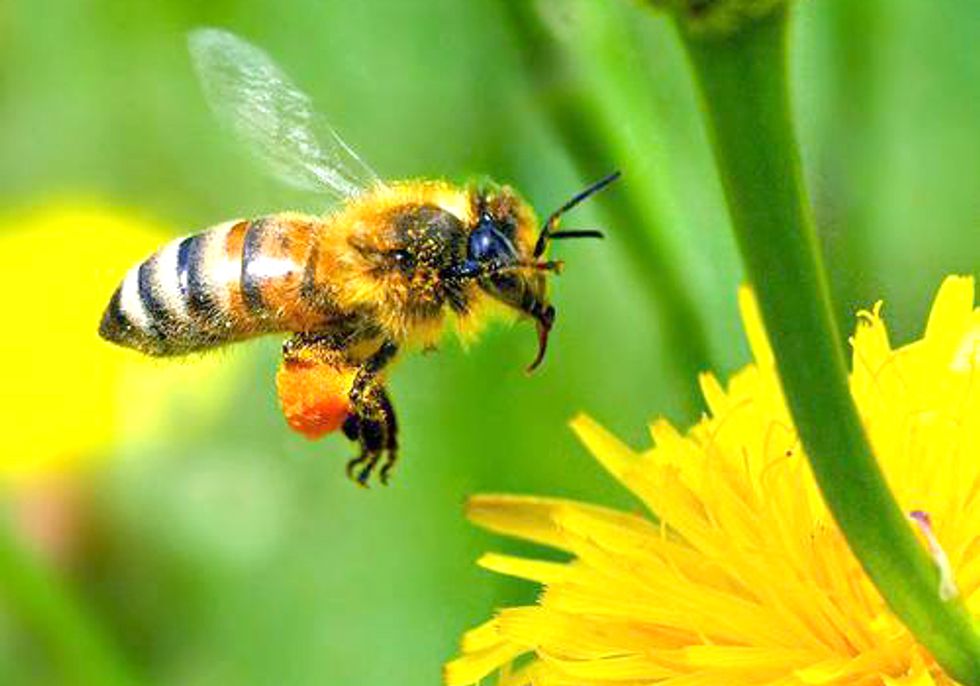 Commercial beekeepers and environmental organizations filed an urgent legal petition with the U.S. Environmental Protection Agency (EPA) on March 21 to suspend further use of a pesticide the agency knows poses harm to honey bees, and adopt safeguards to ensure similar future pesticides aren’t approved by the agency. The legal petition is supported by more than one million citizen petitions also submitted that were collected from people across the country calling out one pesticide in particular‚ clothianidin—for its harmful impacts on honey bees.

“EPA has an obligation to protect pollinators from the threat of pesticides,” said Jeff Anderson of California Minnesota Honey Farms, a co-petitioner. “The agency has failed to adequately regulate pesticides harmful to pollinators despite scientific and on-the-ground evidence presented by academics and beekeepers.”

More than two dozen beekeepers and beekeeper organizations from across the country, from California and Minnesota to Kansas and New York, filed the legal petition with the EPA. Many of these family-owned beekeeping operations are migratory, with beekeepers traveling the country from state-to-state, during different months of the year to providing pollination services and harvesting honey and wax. And they are concerned about the continued impacts on bees and their beekeeping operations, which are already in jeopardy.

“The future of beekeeping faces numerous threats, including from clothianidin, and we need to take steps to protect pollinators and the livelihood of beekeepers,” said Steve Ellis of Old Mill Honey Co and a co-petitioner.

Nine years ago, scientists within the EPA required a field study examining the potential harms of clothianidin to non-target insects—specifically honey bees—because they had reason to believe the pesticide may harm pollinators. In the years since EPA first required this study, a substantial body of scientific evidence has confirmed that the use of clothianidin, a persistent chemical, presents substantial risks to honey bees and other insects that are in or near recently sown fields.

“EPA ignored its own requirements and failed to study the impacts of clothianidin on honey bees,” said Peter Jenkins, an attorney for the Center for Food Safety and co-petitioner. “The body of evidence against the chemical continues to grow, yet the agency has refused to take action.”

The legal petition points to the fact that EPA failed to follow its own regulations. EPA granted a conditional, or temporary, registration to clothianidin in 2003 without a required field study establishing that the pesticide would have no “unreasonable adverse effects” on pollinators. Granting conditional registration was contingent upon the subsequent submission of an acceptable field study, but this requirement has not been met. EPA continues to allow the use of clothianidin nine years after acknowledging that it had an insufficient legal basis for allowing its use to begin with. Additionally, the product labels on pesticides containing clothianidin are inadequate to prevent excessive damage to non-target organisms, which is a second violation of the requirements for using a pesticide and further warrants removing all such mislabeled pesticides from use.

More than 1.25 million people, including many hobbyist beekeepers, submitted comments in partnership with the organizations Avaaz, Change.org, Credo, Pesticide Action Network, Beyond Pesticides and Neals Yard Remedies/Care2.com, calling on EPA to take action on clothianidin.

“EPA should move swiftly to close the loophole and revoke the conditional registration of clothianidin,” said Heather Pilatic, co-director of Pesticide Action Network and a co-petitioner. “Bees and beekeepers can’t afford to wait another nine years for inaction.”

Petitioners point to the agency’s demonstrated delay in analyzing potentially harmful products and then taking them off the market. EPA is concurrently conducting a review of clothianidin’s registration, which it projects completing in 2018.

Beekeepers estimate the real value of their operations at $50 billion, based on retail value of food and crop grown from seed that relies upon bee pollination. Bees in particular are responsible for pollinating many high-value crops, including pumpkins, cherries, cranberries, almonds, apples, watermelons and blueberries. So any decline in bee populations, health and productivity can have especially large impacts on agriculture, the food system and rural economies. Honey bees are the most economically important pollinators in the world, according to a recent United Nations report on the global decline of pollinator populations.

Beekeepers have survived the economic recession only to find their operations are still threatened. Recent, catastrophic declines in honey bee populations, termed “Colony Collapse Disorder,” have been linked to a wide variety of factors, including parasites, habitat loss and pesticides like clothianidin.

Neonicotinoids, a class of systemic pesticides, is taken up a plant and expressed through the plants through which bees then forage and pollinate. Recent research in the journal PLoS ONE underscores the threat of these pesticides through a previously undocumented exposure route—planter exhaust—the talc and air mix expelled into the environment as automated planters place neonicotinoid-treated seeds into the ground during spring planting.

As a result of the petition, EPA may choose to suspend the use of clothianidin, or open a public comment process to evaluate the concerns voiced by beekeepers and environmental organizations.