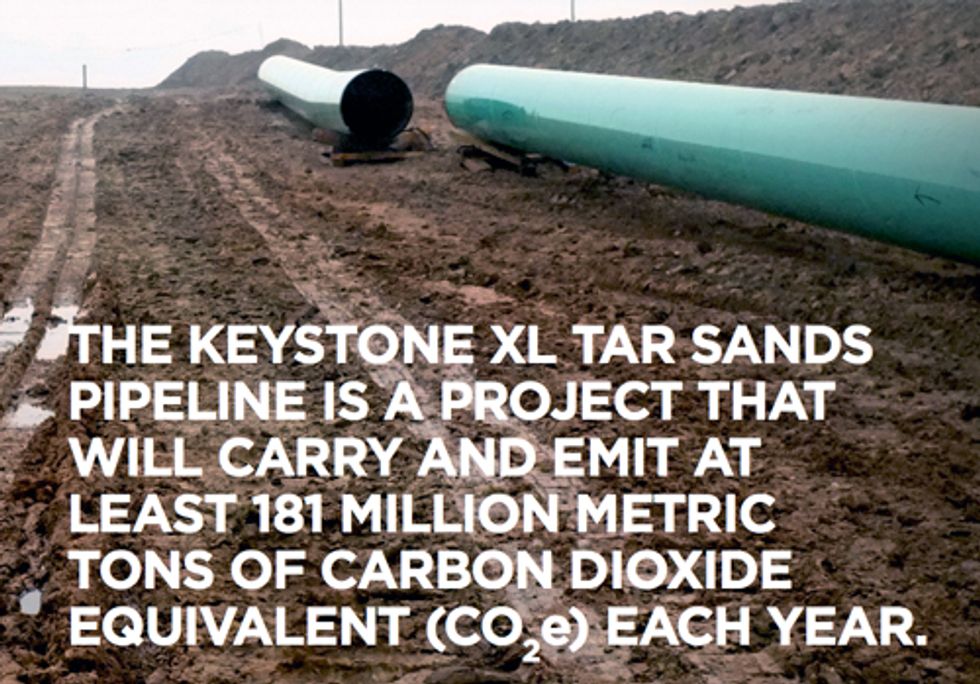 Opponents of Keystone XL have submitted more than one million comments urging President Obama, Secretary Kerry and the State Department to reject the Keystone XL tar sands pipeline, following the publication of the latest deficient environmental review. There is a common message among the opponents of the pipeline: Keystone XL is all risk and no reward.

"It's going to take some time for State Department and the White House to go through a million comments, but when they do they'll see a common thread: people from every part of the country in every walk of life think that this pipeline is bad for our land, water and climate," said Daniel Kessler, spokesperson for 350.org.

“Families from Arkansas, Michigan, Nebraska and across the country have weighed-in in huge numbers urging President Obama and Secretary Kerry to reject Keystone XL,” said Randy Thompson, Nebraska landowner. “There is too much risk to trade away our health, our water and our land for a tar sands pipeline that benefits foreign oil companies. Momentum is building against the Keystone XL tar sands pipeline every single day.”

More than 200 pipeline opponents testified at the State Department hearing last week. The tar sands spill in Arkansas has raised new concerns about pipeline safety and the specific risks associated with transporting corrosive and toxic tar sands—especially near and through important bodies of water. The Keystone XL tar sands pipeline would be nearly twice as wide as the pipeline that ruptured in Arkansas, and would carry almost nine times as much tar sands oil every day. Already, there have been reports of illness and other health impacts from those in the areas surrounding the Arkansas spill—mirroring  complaints from three years ago in Kalamazoo.

“The Keystone XL tar sands pipeline is simply not in our national interest,” said Frances Beinecke, president of the Natural Resources Defense Council. “It's a profit scheme for big oil. It would feed our addiction to fossil fuels, accelerate climate change and put our heartland farmers, ranchers and communities at risk. It needs to be denied.”

Momentum and citizen action are on the side of those who want to stop this risky pipeline. More than 90 percent of those who testified in front of the State Department last week in Grand Island, NE spoke out against the project, and the more than one million comments submitted to President Obama and the State Department stress the risks to health and safety, water and climate.

“Momentum is building nationwide against the Keystone XL tar sands pipeline. These million comments make clear that the American people know the Keystone XL tar sands pipeline is all risk and no reward, and we hope Secretary Kerry and President Obama come to the same conclusion and reject this harmful pipeline,” said Gene Karpinski, president of the League of Conservation Voters.

"It's time for the president to turn his climate rhetoric into climate action, by going all in on clean energy and rejecting the dirty and dangerous Keystone XL tar sands pipeline once and for all," said Michael Brune, executive director of the Sierra Club.

President Obama said in his Earth Day proclamation, “Nothing is more powerful than millions of voices calling for change.” Millions of voices from across the political spectrum—landowners, native tribes, organic ranchers, parents, health professionals and environmental activists—are using their voices to call for President Obama and Secretary Kerry to reject Keystone XL and protect our land, water and homes.

TransCanada, the company behind Keystone XL, has a terrible safety record despite all their claims of world-class safety. In 2010, TransCanada built a different pipeline called “Keystone.” In its first year, that pipeline experienced 14 separate spills in the U.S.—nearly one every month. One of those spills alone released 21,000 gallons of oil. Between the U.S. and Canada, the original Keystone pipeline had “over 30 spills” in its first year, according to a report by Cornell University’s Global Labor Institute. These spills came after TransCanada’s CEO pledged the pipeline would “meet or exceed world-class safety and environmental standards.”