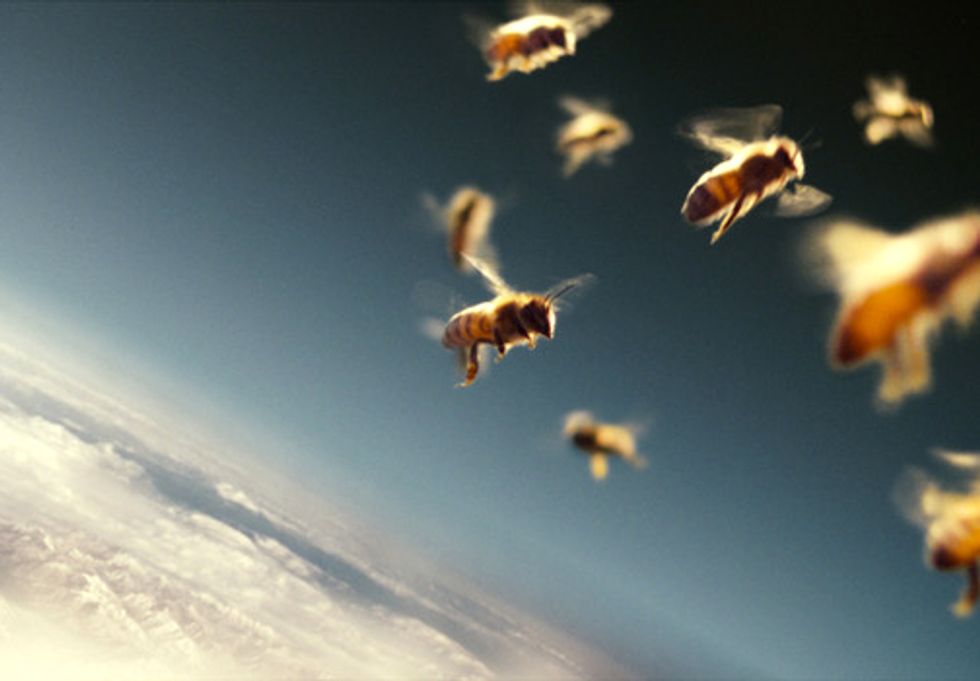 This film is fascinating. The most successful film in Switzerland for the year 2012, MORE THAN HONEY takes you inside the search for the missing honeybees. For over a decade, the bee population has dwindled, baffling scientists worldwide. And for an insect that is responsible for two-thirds of the world’s food source, their disappearance could be devastating. Einstein supposedly suggested that if the bees died off, humans would only last four more years; so you can imagine the urgency. Director Markus Imhoof, a third generation beekeeper in Switzerland, takes us on a mesmerizing journey through people in-the-know about bees and their place in our world. Including incredible insight into the hives and the constant work bees go through, MORE THAN HONEY is an extraordinary look into the ongoing devastation and hopeful techniques to help save the important insect. We see that in China, where pesticides have killed off the bee colonies, humans have taken over the pollinating process. But in America, where our honey production accounts for 80 percent of the world’s supply, our initial fears of the African Honeybee may actually be the key to finding a solution to where the buzz has gone.