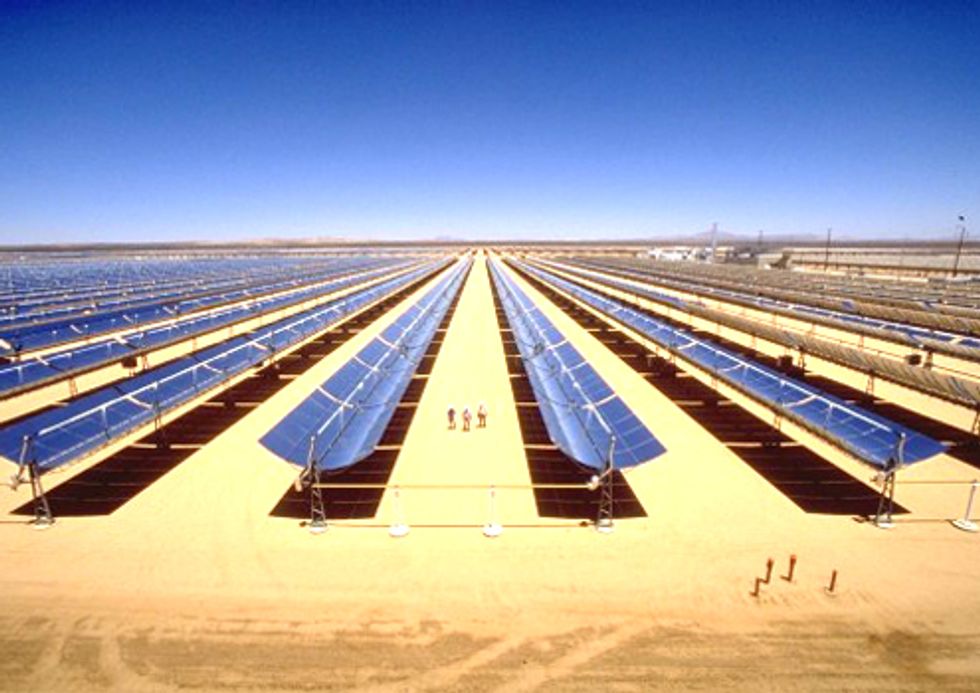 Solar power is booming in California—in urban and rural areas, along the coast and throughout the Central Valley, in Democratic and Republican strongholds alike—and a growing number of California’s leaders are seeking to build on this foundation by supporting Gov. Jerry Brown’s goal to build 12,000 megawatts (MW) of local, distributed energy throughout the state by 2020. That’s significant—12,000 MW is the equivalent of 24 coal-fired power plants.

To date, 8 Members of  Congress, 35 Members of the California State Legislature, and 38 local officials from San Jose and Sacramento to Los Angeles and San Diego have signed on to say: “Yes, I endorse Governor Brown’s pioneering vision to build 12,000 megawatts of clean energy—enough solar energy to cover a million solar roofs—by 2020. By building solar on houses, apartment buildings, offices, schools, and warehouses across California, we can create green jobs, reduce air pollution, and generate clean energy to power our lives.”  (Full list of endorsers below.)

“Solar power is a rare bright spot in our economy, bringing jobs, investment and clean air to California,” said Michelle Kinman, clean energy advocate with Environment California. “Turning up the heat and increasing our solar market twelve-fold in the next eight years, as envisioned by Governor Brown, will bring twelve times the economic and environmental benefits to Californians across the state.”

The momentum around Gov. Brown’s goal comes as California recently celebrated a major clean energy milestone—the installation of more than 1,000 MW of rooftop solar across the state, which is more than in all but five nations in the world. Thanks to innovative and bold policies like the Million Solar Roofs Initiative (SB 1) that are driving market growth and helping create economies of scale, the price of solar power has dropped 25-40 percent in the past five years and there are now more than 3,500 solar companies employing more than 25,000 people throughout the state, more than in any other state in the country. Furthermore, California’s market is diversifying with cities like Fresno and Bakersfield installing more solar than San Francisco, and thousands of farms, schools, military bases, businesses and homeowners are going solar throughout the state.