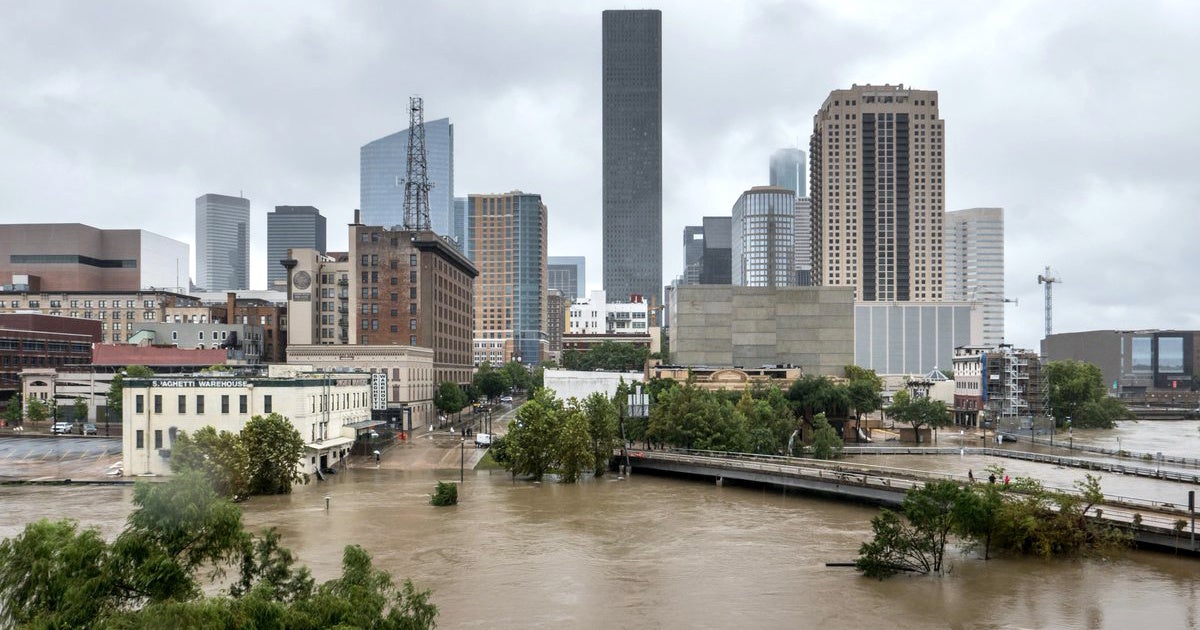 The probability that some city in the U.S. state of Texas will be hit again by Harvey-sized hurricanes, rainstorms that will dump half a meter of water in a short space of time, has increased sixfold in this century and will have increased 18-fold by 2100, thanks to climate change driven by global warming.

In the late summer of 2017, Hurricane Harvey dropped 65 cms of water on the city of Houston in Texas. It was the start of the largest natural disaster in the U.S. since Hurricane Katrina pounded New Orleans in 2005. Harvey claimed an estimated 70 lives, and created more than $150 billion in damage.

Kerry Emanuel, a meteorologist and professor of atmospheric science at Massachusetts Institute of Technology, asked a simple question: How likely is it that hurricane-induced flooding of such magnitude could happen again?

He reported in the Proceedings of the National Academy of Sciences that he looked again at the probabilities. Since 1899, only 11 U.S. hurricanes have brought with them rainfalls that measured more than 65 cms. Until Harvey, the most recent had been a hurricane called Patricia which dumped more than 50 cms in some parts of Texas.

For Texas alone, from 1981 to 2000, the chance of an event on the scale of Harvey or Patricia was 1 percent: that is, one chance in a hundred during any one year, with a high likelihood of such an event once every 100 years.

Harvey would once have counted as the storm of the century, and the chance of it hitting Houston made it an even more improbable event. Statistically, such a thing should happen once in 2,000 years.

But the past, Prof. Emanuel argues, is no longer a good guide to the future.

“When you take a very, very rare, extreme rainfall event like Hurricane Harvey, and you shift the distribution of rain toward heavier amounts because of climate change, you get really big changes in the probability of those rare events,” he said. “People have to understand that damage is usually caused by extreme events.”

He is not the only researcher to have looked at the statistics with alarm. More than one study has found that the Atlantic coast of the U.S. could face harder and more frequent battering as global temperatures creep up in response to ever-increasing use of fossil fuels that leave ever-growing ratios of the greenhouse gas carbon dioxide in the atmosphere.

One group has warned that coastal storms and floods could create new millions of U.S. climate refugees. The problem is not uniquely an American one: by the century’s end, coastal flooding could be costing the nations of the world $100 trillion a year, as sea levels rise and extreme events such as tropical cyclones and storm surges become more intense, and more frequent.

Some studies have concentrated on conditions for particular coastal cities such as Charleston or Seattle, where the once-in-500-year floods could in the next century happen 273 times more often.

Studies like these may sound alarmist: in fact, they have a simple, practical purpose. City authorities need to know if the odds of calamity are on the increase.

“Suppose you’re the mayor of Houston, and you’ve just had a terrible disaster that cost you an unbelievable fortune, and you’re going to try over the next few years to put things back in order in your city. Should you be putting in a more advanced storm-sewer system that may cost billions of dollars, or not.

“The answer to that question depends upon whether you think Harvey was a one-off—very unlikely to happen any time in the next 100 years—or whether it may be more common than you thought,” Prof. Emanuel said.

“We are seeing for Texas an event whose annual probability was 1 percent at the end of last century, and it might be 18 percent by the end of this century. That’s a huge increase in the probability of that event. So, people had better plan for that.”