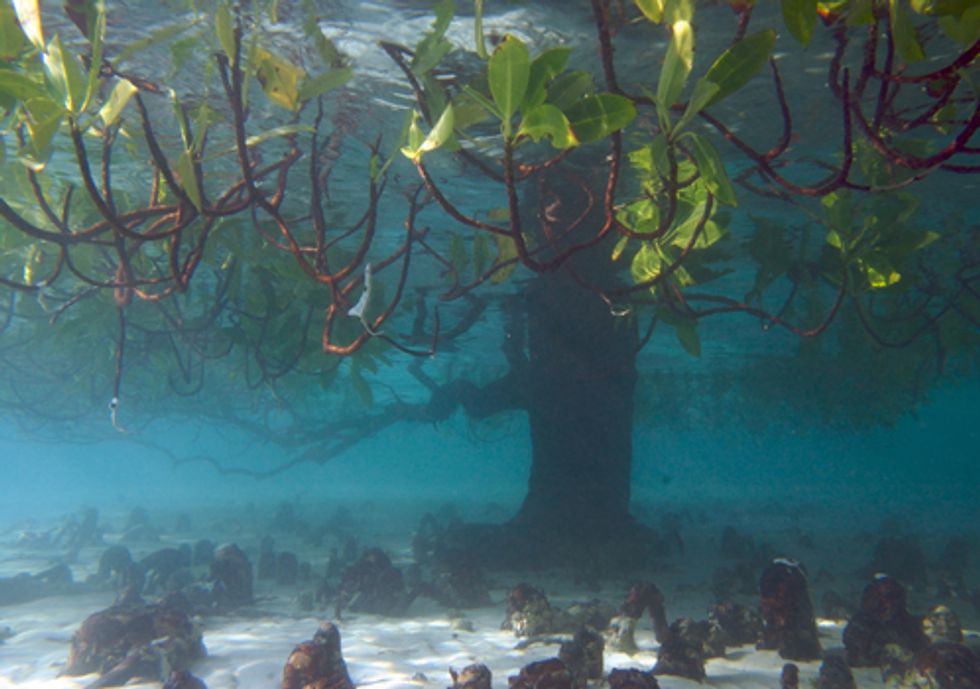 The critical role of coastal ecosystem management in curbing climate change and the need to fully integrate it in climate change and biodiversity policies were the focus of the Blue Carbon—Managing Coastal Ecosystems for Cimate Change Mitigation Symposium that  took place in the European Parliament in Brussels, Jan. 12.

“Preserving and restoring coastal and marine ecosystems should be fully integrated in all climate change mitigation strategies and biodiversity policies at the international and European level," argued Struan Stevenson, member of the European Parliament and chair of the symposium.

Pia Bucella, director in DG Environment, European Commission urged the European Parliament, as the political arm of the European Union, to raise the profile and encourage the integration of coastal blue carbon-based activities, such as the conservation and restoration of these systems, in climate change policies.

Blue carbon is the carbon stored by coastal and ocean ecosystems. A square mile of coastal ecosystems such as mangroves, seagrasses and tidal marshes, which can be found all over the world except Antarctica, can store and remove more carbon from oceans and the atmosphere than a square mile of mature tropical forests.

But coastal and marine ecosystems are facing some serious threats from pollution, coastal activities and unsustainable management practices. Speakers at the symposium warned that the continued disappearance of coastal ecosystems will have a negative impact on climate change—when lost, they stop sequestering CO2 and release the carbon they have been storing for centuries.

“A single 100g shrimp cocktail that is unsustainably produced through mangrove clearance can have a carbon footprint equivalent to 40 liters of gasoline," said Dr. Boone Kaufman, a professor at the Department of Fisheries and Wildlife, Oregon State University.

“Blue carbon provides new, compelling reasons to urgently prevent the loss of marine and coastal ecosystems and biodiversity," said Dan Laffoley, vice chair of the International Union for Conservation of Nature (IUCN) World Commission on Protected Areas—Marine. “It’s not just about marine habitats or species, but also about the hidden value they have for humankind. Increasing the restoration and sustainable management of these critically important ecosystems through strong political leadership and ambitious actions is a necessary prerequisite for successful climate change strategies.”

“We need to employ a targeted strategy that prioritizes the conservation of specific, high-carbon coastal zones,” said Dr. Emily Pidgeon, senior director of Strategic Marine Initiatives at Conservation International. “The challenge we face is to show how these ecosystems provide a service, acting as a carbon sponge, and that their conservation does not stand as a roadblock to development or food production.”

Bringing together high level international and European policy makers and experts, the symposium was held back to back with the second workshop of the International Blue Carbon Policy Working Group.