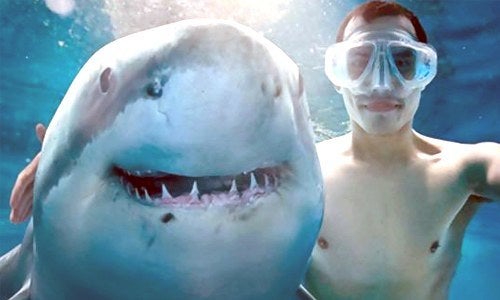 The media hype over shark attacks reached insane levels this year. This led conservationists like Richard Branson, Shark Attack Survivors for Shark Conservation and The Pew Charitable Trusts to support efforts to restore and conserve the world’s shark populations—warning against turning an uptick in attacks into “an excuse to kill more sharks.” After all, humans kill far more sharks every year—at least 100 million more—than sharks kill people.

And get this: According to Mashable, more people have died from selfies than shark attacks this year. Earlier this month, a park in Colorado had to close because too many people were getting dangerously close to bears to take selfies. And this was no isolated incident. Wildlife authorities in the Lake Tahoe area, Yellowstone National Park and other recreation areas have repeatedly cautioned visitors against getting too close to bears, bison and other large animals.

The latest death by selfie happened when a 66-year-old Japanese tourist died, and his travel companion was injured, after falling down stairs while attempting to take a selfie at the Taj Mahal. “The man’s death raises the selfie toll this year to 12,” says Mashable. “To put that in perspective, in 2015 there have so far been eight deaths caused by shark attacks.”