Four Environmental Fights on the 2020 Ballot 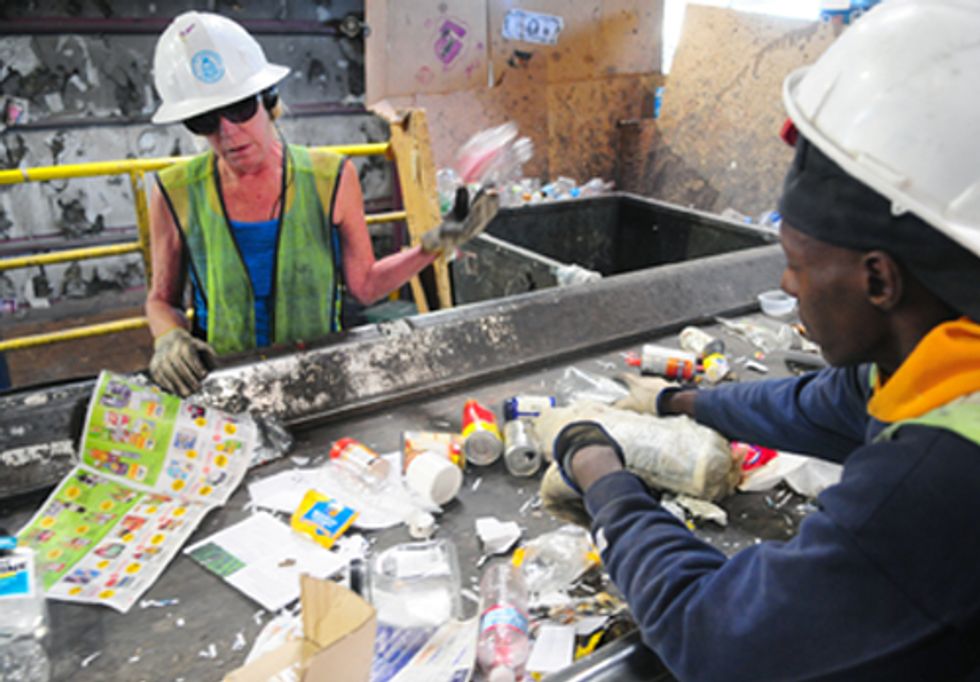 These are jobs we desperately need, and the money to invest in them could easily be redirected from subsidies that are currently being wasted on polluting incinerators and landfills. Simply put, we need to reinvest in recycling, composting, reuse and strategies that move us on the path toward zero waste and climate justice and green jobs.

For a short, informative take on this topic, watch The Story of Broke, which describes how hard-earned taxpayer money props up the “dinosaur economy” where we spend huge amounts of public money to subsidize the biggest polluting corporations in the U.S.

We need to demand that public money supports the future we want to see. Not only does recycling offer a cleaner, safer option for waste than landfilling or incineration, it also takes a lot less energy to manufacture products from recycled material than from newly extracted, material. Reaching a nationwide 75 percent recycling rate would create healthier communities too. Cities like San Francisco, Seattle and Oakland have shown this is achievable, and the state of California has set a statewide recycling goal of 75 percent by 2020.

A new GAIA report—Burning Public Money for Dirty Energy—exposes the tax breaks and public money handed to this industry. These subsidies are intended for clean, renewable energy, not a technology that creates more climate and mercury pollution per unit of energy than coal-fired power plants.

And now Congress is poised to make a bad situation worse by gutting the Clean Air Act for some incinerators and cement kilns (HR 2250, HR 2681). Earthjustice estimates the resulting pollution would cause up to 9,000 deaths every year. Congress is also considering a bill (HR 66) to create new tax exemptions for “waste-to-energy” incinerators.

Tell Congress no to bills for dirty energy, and yes to zero waste jobs. Recycling and composting are necessary steps to zero waste and climate justice. We simply need to stop subsidizing polluters, and get busy turning waste into work.

Four Environmental Fights on the 2020 Ballot

The Revelator
Politics
Reintroducing wolves is on the ballot in Colorado. Gunner Ries / Wikimedia Commons / CC by 3.0

Maybe we can blame COVID-19 for making it hard to hit the streets and gather signatures to get initiatives on state ballots. But this year there are markedly fewer environmental issues up for vote than in 2018.

While the number of initiatives may be down, there's no less at stake. Voters will still have to make decisions about wildlife, renewable energy, oil companies and future elections.

Here's the rundown of what's happening where.

The World Health Organization, along with its global partners in the fight against the COVID-19 pandemic, has announced that it will provide 120 million rapid-diagnostic antigen tests to people in lower- and middle-income countries over the next six months. The tests represent a "massive increase" in testing worldwide, according to the Global Fund, a partnership that works to end epidemics.

The first presidential debate seemed like it would end without a mention of the climate crisis when moderator Chris Wallace brought it up at the end of the night for a segment that lasted roughly 10 minutes.

The Nation
Politics
A protestor in NYC holds up a sign that reads, "November Is Coming" on June 14, 2020 in reference to voting in the 2020 presidential election. Ira L. Black / Corbis / Getty Images

What follows are not candidate endorsements. Rather, this nonpartisan guide aims to inform voters' choices, help journalists decide what races to follow, and explore what the 2020 elections could portend for climate action in the United States in 2021 and beyond.