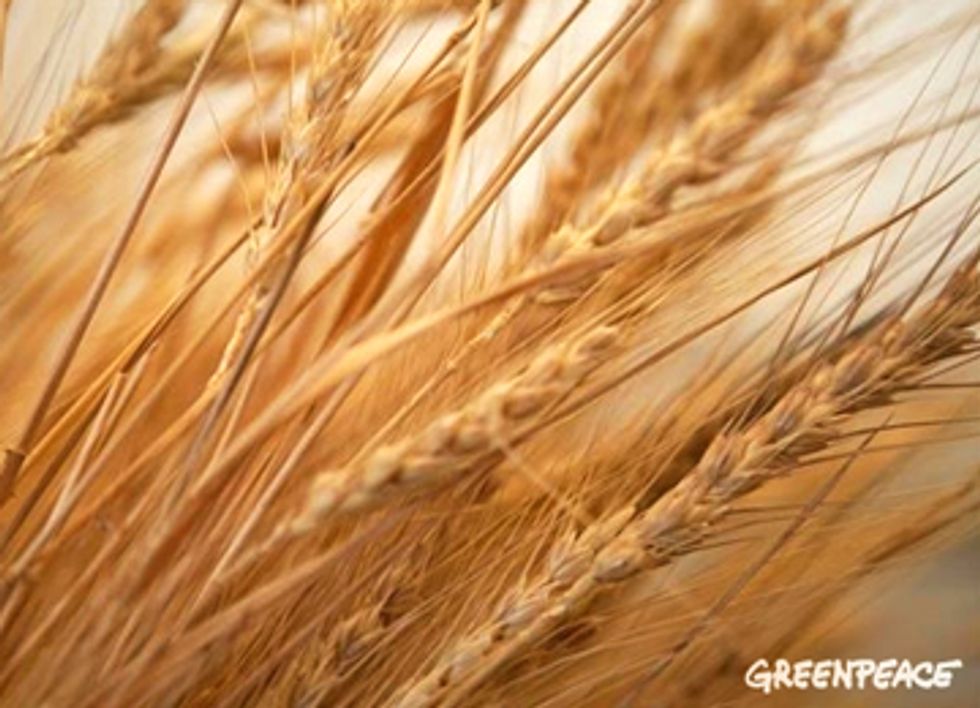 What had been brewing for weeks following various hints and tips was finally confirmed last week when Monsanto announced it would cease the marketing of new genetically engineered seeds (GE) in the European Union.

The world's largest seed company had already sent signals in May that it would no longer lobby the EU to approve cultivation of its GE seeds, but we were waiting for an official confirmation before we could really believe it.

Monsanto and other biotech industries have tried for years to make us believe that GE crops are the answer to many of the world's problems, such as hunger and climate change. However, these GE seeds have been nothing more than empty promises giving us mainly crops that have further increased reliance on pesticides without any clear gains in the amount of food produced.

There is also growing resistance around the world against the use of GE products. A recent poll in the EU shows that 95 percent of EU citizens agree that "the right thing to do" is to use products that are respectful of the environment.

Furthermore, using GE crops also poses environmental problems because these types of crops can't be controlled and would inevitably end up in the environment with consequences that are hard to foresee.

It is increasingly clear that the U.S. farmers who choose to grow GE seeds are having huge problems. Experiences after a decade of growing herbicide-tolerant crops such as Monsanto's RoundupReady soy and corn are bad news for the environment, biodiversity and the farmers who grow them; they mean more toxic herbicides, more expensive seeds and lower yields.

In 2012, Greenpeace produced the documentary, Growing Doubt, in co-operation with farmers and non-governmental organizations in the U.S. and Argentina, to warn EU politicians and farmers about Monsanto's GE crops.

However, the GE battle in Europe is far from over. The EU-wide authorization for the cultivation of MON810, a genetically engineered maize variety and the last genetically engineered crop currently grown in Europe, expired in 2008, after a 10-year period. The long-awaited reassessment of MON810 is now five years overdue. The European Commission should announce its decision shortly and will determine whether Europe will be entirely GE-free in the near future or not.

Greenpeace will continue promoting ecological farming as a food production model that respects the environment and delivers enough healthy food for ourselves and future generations, without relying on genetic engineering or harmful chemical inputs.

As we have said before, sooner or later, the GE goliath will fall.

Monsanto's decision last week is a clear sign that the giant is shaken. It's good news for science and research in Europe. For 30 years, global agriculture research and development on GE seeds has wasted time, effort, research resources and political attention for no gain.

Hopefully this move now means that the EU can come up with some real solutions for European agriculture in the 21st century. The world needs solutions based on agro-ecological science, including modern seeds varieties without GE, that can produce enough food for all, while benefiting farmers and protecting the environment.

We will not back down, nor will we stop. We urge politicians, food producers, farmers, to reflect deeply and turn to ecological farming as the only way to keep our planet and people healthy.