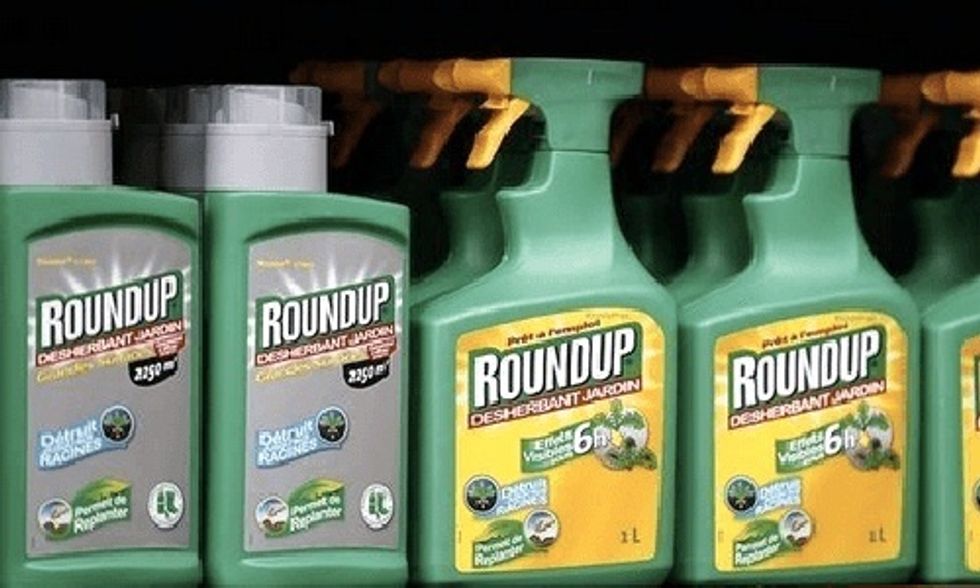 Two separate U.S. agricultural workers have slapped lawsuits against Monsanto, alleging that Roundup—the agribusiness giant's flagship herbicide—caused their cancers, and that the company "falsified data" and "led a prolonged campaign of misinformation" to convince the public, farm workers and government agencies about the safety of the product.

The first suit, Enrique Rubio v. Monsanto Company, comes from Enrique Rubio, a 58-year-old former field worker who worked in California, Texas and Oregon. According to Reuters, he was diagnosed with bone cancer in 1995, and believes it stemmed from exposure to Monsanto's widely popular weedkiller and other pesticides that he sprayed on cucumber, onion and other vegetable crops. Rubio's case was filed in U.S. District Court in Los Angeles on Sept. 22.

That same day, a similar lawsuit, Fitzgerald v. Monsanto Company, was filed in federal court in New York by 64-year-old Judi Fitzgerald, who was diagnosed with leukemia in 2012. She claims that her exposure to Roundup at the horticultural products company she worked for in the 1990s led to her diagnosis.

The plaintiffs have accused the company of falsifying the safety of the product and putting people at risk.

"Monsanto assured the public that Roundup was harmless. In order to prove this, Monsanto championed falsified data and attacked legitimate studies that revealed its dangers. Monsanto led a prolonged campaign of misinformation to convince government agencies, farmers and the general population that Roundup was safe."

The main ingredient in Roundup, glyphosate, was listed as a possible human carcinogen six months ago by the International Agency for Research on Cancer, the cancer arm of the World Health Organization.

One of Rubio's attorneys expects more lawsuits against the company, which is the world's leading producer of glyphosate, will follow.

"I believe there will be hundreds of lawsuits brought over time," said attorney Robin Greenwald, who brought the case.

Monsanto has furiously denied these claims and says its products are safe.

"Decades of experience within agriculture and regulatory reviews using the most extensive worldwide human health databases ever compiled on an agricultural product contradict the claims in the suit which will be vigorously defended," spokeswoman Charla Lord told Reuters.

The agricultural and biotech company is battling a string of negative health and safety accusations.

Additionally, an appeals court in Lyon, France upheld a 2012 ruling against Monsanto, in which the company was found guilty of the chemical poisoning of a farmer named Paul François. Monsanto plans to appeal the decision to a higher court.