Poison Papers: Monsanto Knew PCBs Were Toxic for Years But Sold Them Anyway 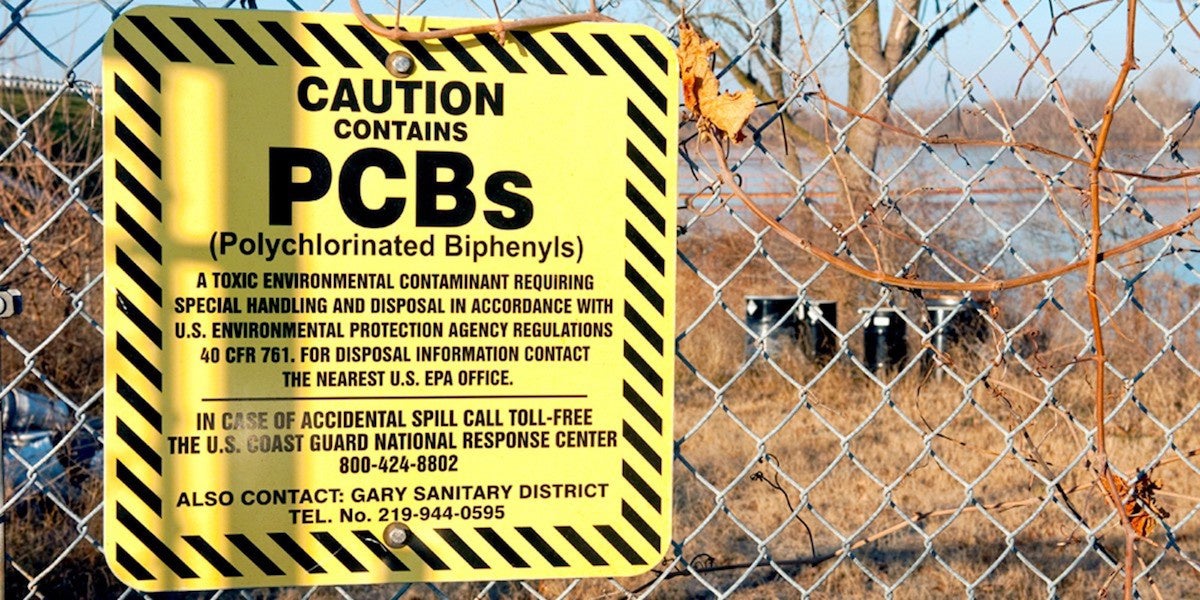 Washington could have an ace up its sleeve in its major lawsuit against Monsanto over PCB (polychlorinated biphenyls) contamination throughout the state.

Before switching operations to agriculture, Monsanto was the primary manufacturer of PCBs, which was used for paints, electrical equipment and other products, from 1935 until 1977. The U.S. Environmental Protection Agency (EPA) banned PCBs in 1979 due to its link to birth defects and cancer in laboratory animals. PCBs can have adverse skin and liver effects in humans and can also linger in the environment for many decades.

But according to documents published by The Poison Papers project, a new online archive of more than 20,000 documents obtained from federal agencies and chemical manufacturers, Monsanto possibly knew as early as the 1960s—at least a decade before the federal ban—that PCBs were harmful to public health and the environment but continued to manufacture and sell the widely used product anyway.

Washington assistant attorney general Bill Sherman told the Guardian that the archive contained information the state was previously unaware of.

“If authentic, these records confirm that Monsanto knew that their PCBs were harmful and pervasive in the environment, and kept selling them in spite of that fact,” he said. “They knew the dangers, but hid them from the public in order to profit.”

Sherman cited a particular Monsanto pollution abatement plan from October 1969 that was published in the Poison Papers archive. A section of the plan titled, the “damage to the ecological system by contamination from PCBs,” states: “The evidence proving the persistence of these compounds and their universal presence in the environment is beyond questioning.”

Further, the document says that “direct lawsuits are possible” because “customers using the products have not been officially notified about known effects nor [do] our labels carry this information.”

The plan then presents three courses of action, with each action corresponding to “profit and liability” flow charts. The actions are, “Do nothing”, “discontinue manufacture of all PCBs” or “respond responsibly.”

“At the same time that Monsanto was telling the public that that PCBs were safe, they were literally graphing their potential legal liability against the lost profits and public image boost that might accompany being responsible and honest,” Sherman commented to the Guardian. “At the end of the day, Monsanto went for the profits instead of for public health and environmental safety.”

Monsanto’s vice president of global strategy, Scott Partridge, did not contest the authenticity of the documents.

“More than 40 years ago, the former Monsanto voluntarily stopped production and sale of PCBs prior to any federal requirement to do so,” Partridge told the Guardian. “At the time Monsanto manufactured PCBs, they were a legal and approved product used in many useful applications. Monsanto has no liability for pollution caused by those who used or discharged PCBs into the environment.”

Washington is seeking damages on several grounds, including product liability for Monsanto’s alleged failure to warn about the dangers of PCBs; negligence; and trespass for injuring the state’s natural resources. The state is seeking hundreds of millions or even billions of dollars from Monsanto.

In May 2016, a St. Louis jury awarded three plaintiffs a total of $46.5 million in damages in a lawsuit alleging that Monsanto and three other companies were negligent in its handling of PCBs. The case involved three of nearly 100 plaintiffs claiming that exposure PCBs caused non-Hodgkin lymphoma.

As EcoWatch reported then, the verdict was the first such victory in the city of St. Louis—Monsanto’s home town—and a seemingly rare win overall. Monsanto has historically prevailed in similar lawsuits filed against the company over deaths and illnesses related to PCBs.

“This is the future,” plaintiffs’ lawyer Steven Kherkher told EcoWatch.

The lawsuit claimed that Monsanto continued to sell the compounds even after it learned about its dangers and falsely told the public they were safe. Indeed, internal documents have surfaced showing that Monsanto knew about the health risks of PCBs long before they were banned. A document, dated Sept. 20, 1955, stated: “We know Aroclors [PCBs] are toxic but the actual limit has not been precisely defined.”