Washington Becomes First State to Sue Monsanto Over PCBs, Accused of Knowing Its Toxicity for Decades 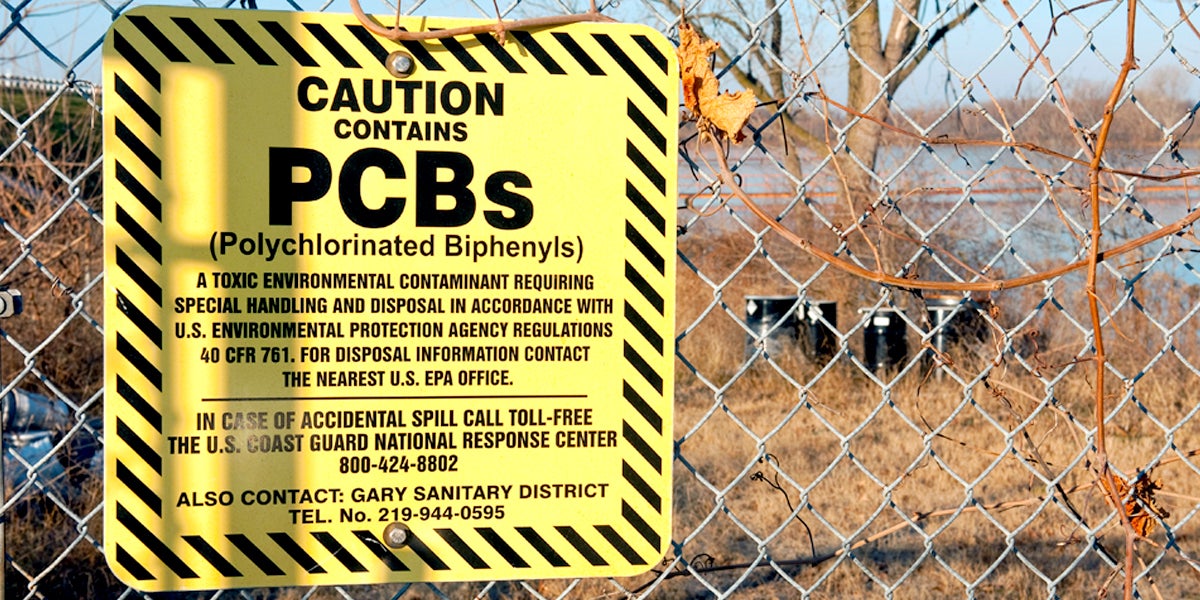 Monsanto is facing yet another lawsuit over its alleged negligent handling of PCBs (polychlorinated biphenyls), a banned and highly toxic group of chemicals that the company manufactured decades ago. But this time it’s not another city suing the biotech giant—it’s an entire state. 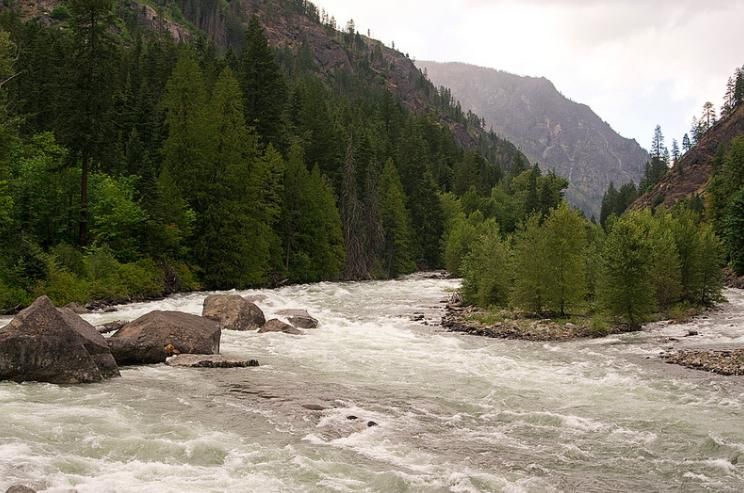 Highly toxic PCBs have been found throughout Washington state, with more than 600 suspected or confirmed contamination sites, including Wenatchee River.Flickr

Washington is suing Monsanto over widespread PCBs contamination, the first U.S. state to take such an action. Gov. Jay Inslee and Attorney General Bob Ferguson announced the lawsuit, filed in King County Superior Court, at a press conference in Seattle on Thursday.

According to the Associated Press, Washington is seeking damages on several grounds, including product liability for Monsanto’s alleged failure to warn about the dangers of PCBs; negligence; and trespass for injuring the state’s natural resources.

Before switching operations to agriculture, Monsanto was the sole manufacturer of the compound, which was used to insulate electronics, from 1935 until 1977. The U.S. Environmental Protection Agency (EPA) banned PCBs in 1979, due to its link to birth defects and cancer in laboratory animals. PCBs can also have adverse skin and liver effects in humans. Not only that, the chemical also lingers in the environment for many decades.

“PCBs have been found in bays, rivers, streams, sediment, soil and air throughout Washington state, with more than 600 suspected or confirmed contamination sites from Puget Sound to the Wenatchee River, Lake Spokane to Commencement Bay,” Ferguson said.

Ferguson also claimed that “Monsanto produced PCBs for decades while hiding what they knew about the toxic chemicals’ harm to human health and the environment.”

He cited Monsanto’s internal documents showing the company knew about the dangers of PCBs way back in 1937, including one document that stated how tests on animals revealed “systemic toxic effects” from prolonged exposure from inhaling PCB fumes or ingestion.

Furthermore, as the AP reported, in 1969, a Monsanto committee on PCBs declared:

“There is too much customer/market need and selfishly too much Monsanto profit to go out … There is little probability that any action that can be taken will prevent the growing incrimination of specific polychlorinated biphenyls … as nearly global environmental contaminants leading to contamination of human food (particularly fish), the killing of some marine species (shrimp), and the possible extinction of several species of fish eating birds.”

Despite having that information, the company told the public not to worry. That same year, Monsanto sent a letter to New Jersey’s Department of Conservation that stated, “Based on available data, manufacturing and use experience, we do not believe PCBs to be seriously toxic.” 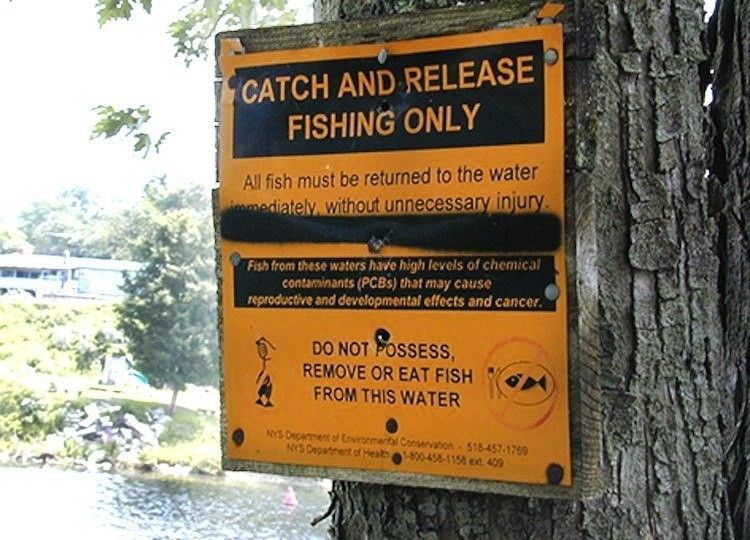 Although PCBs have been banned for decades, the toxic compound is still detected in the environment today. This warning sign was displayed near New York’s Hudson River in 2013. NOAA

The St. Louis-based corporation has been served with similar PCB contamination lawsuits from at least eight other West Coast cities including Seattle and Spokane in Washington state. The cities of Portland in Oregon and Berkeley, San Diego, San Jose, Oakland and Long Beach in California have also filed suits. Those cases are pending.

Monsanto has dismissed its latest PCB contamination case. Company spokesman Scott S. Partridge said in a statement to the AP that the “case is experimental because it seeks to target a product manufacturer for selling a lawful and useful chemical four to eight decades ago that was applied by the U.S. government, Washington State, local cities, and industries into many products to make them safer.”

“PCBs have not been produced in the U.S. for four decades, and Washington is now pursuing a case on a contingency fee basis that departs from settled law both in Washington and across the country. Most of the prior cases filed by the same contingency fee lawyers have been dismissed, and Monsanto believes this case similarly lacks merit,” Partridge continued.

Monsanto has historically prevailed in lawsuits filed against the company over human illness related to PCBs. But in a rare win for plaintiffs this past May, a St. Louis jury awarded a total of $46.5 million in damages to three plaintiffs who claimed that exposure to PCBs caused them to develop non-Hodgkin lymphoma.

That lawsuit also accused Monsanto of continuing to sell the compounds even after learning about its dangers and falsely assuring the public they were safe.

Washington’s lawsuit comes just days before shareholders decide on Bayer AG’s $66 billion acquisition of Monsanto that would create the world’s largest seed and pesticide company. The pending deal is currently undergoing state and federal antitrust investigations. The vote will take place on Dec. 13.