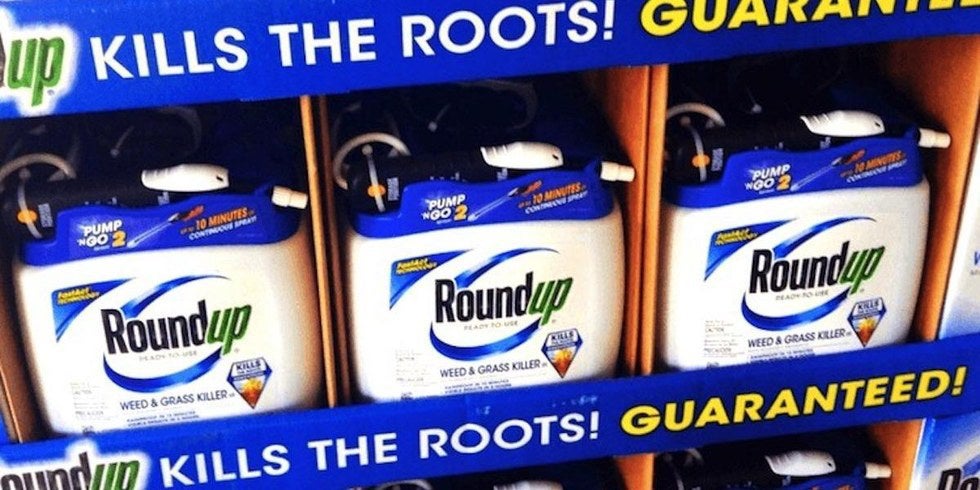 Four months after the publication of a batch of internal Monsanto Co. documents stirred international controversy, a new trove of company records was released early Tuesday, providing fresh fuel for a heated global debate over whether or not the agricultural chemical giant suppressed information about the potential dangers of its Roundup herbicide and relied on U.S. regulators for help.

More than 75 documents, including intriguing text messages and discussions about payments to scientists, were posted for public viewing early Tuesday morning by attorneys who are suing Monsanto on behalf of people alleging Roundup caused them or their family members to become ill with non-Hodgkin lymphoma, a type of blood cancer. The attorneys posted the documents, which total more than 700 pages, on the website for the law firm Baum, Hedlund, Aristei & Goldman, one of many firms representing thousands of plaintiffs who are pursuing claims against Monsanto. More than 100 of those lawsuits have been consolidated in multidistrict litigation in federal court in San Francisco, while other similar lawsuits are pending in state courts in Missouri, Delaware, Arizona and elsewhere. The documents, which were obtained through court-ordered discovery in the litigation, are also available as part of a long list of Roundup court case documents compiled by the consumer group I work for, U.S. Right to Know.

It was important to release the documents now because they not only pertain to the ongoing litigation, but also to larger issues of public health and safety, while shedding light on corporate influence over regulatory bodies, according to Baum Hedlund attorneys Brent Wisner and Pedram Esfandiary.

“This is a look behind the curtain,” said Wisner. “These show that Monsanto has deliberately been stopping studies that look bad for them, ghostwriting literature and engaging in a whole host of corporate malfeasance. They [Monsanto] have been telling everybody that these products are safe because regulators have said they are safe, but it turns out that Monsanto has been in bed with U.S. regulators while misleading European regulators.”

Esfandiary said public dissemination of the documents is important because regulatory agencies cannot properly protect public and environmental health without having accurate, comprehensive and impartial scientific data, and the documents show that has not been the case with Monsanto’s Roundup herbicide and the active ingredient glyphosate.

When reached for comment, Robert F. Kennedy, Jr., one of the plaintiffs’ lawyers said, “This trove marks a turning point in Monsanto’s corporate life. They show Monsanto executives colluding with corrupted EPA officials to manipulate and bury scientific data to kill studies when preliminary data threatened Monsanto’s commercial ambitions, bribing scientists and ghostwriting their publications, and purchasing peer review to conceal information about Roundup’s carcinogenicity, its toxicity, its rapid absorption by the human body, and its horrendous risks to public health and the environment.”

“We can now prove that all Monsanto’s claims about glyphosate’s safety were myths concocted by amoral propaganda and lobbying teams,” Kennedy continued. “Monsanto has been spinning its lethal yarn to everybody for years and suborning various perjuries from regulators and scientists who have all been lying in concert to American farmers, landscapers and consumers. It’s shocking no matter how jaded you are! These new revelations are commensurate with the documents that brought down big tobacco.”

The release of the documents Tuesday came without the blessing of Judge Vince Chhabria, who is overseeing the multidistrict litigation moving its way through the U.S. District Court for the Northern District of California. In March, Chhabria did agree to unseal several other discovery documents—over Monsanto’s objections—and those documents prompted a wave of outrage for what they revealed: questionable research practices by Monsanto, cozy ties to a top official within the U.S. Environmental Protection Agency (EPA), and indications that Monsanto may have engaged in “ghostwriting,” of research studies that appeared to be independent of the company.

The revelations within those documents prompted an investigation by the EPA’s Office of Inspector General into possible Monsanto-EPA collusion, and roiled Europe where regulators now are trying to decide whether or not to reauthorize glyphosate, which is the most widely used herbicide in the world and is found in numerous products in addition to Roundup.

The lawyers said they are sending copies of the documents to European authorities, to the EPA’s OIG and to the California Office of Environmental Health Hazard Assessment (OEHHA), which has been sued by Monsanto for moving to list glyphosate as a known carcinogen

Monsanto has fought to keep most of the documents it turned over in discovery sealed, complaining to Judge Chhabria that in several court filings plaintiffs’ attorneys presented discovery materials out of context and tried to exploit the information to influence public opinion. Chhabria has both chided Monsanto for trying to improperly seal certain documents and warned plaintiffs’ attorneys against unfairly publicizing certain documents. It is unclear how Judge Chhabria will react, if at all, to the law firm’s release of these more than 75 documents.

Baum Hedlund attorneys said they notified Monsanto on June 30 of their intent to unveil the 75+ documents and gave Monsanto the legally required 30-day window to formally object. That period expired Monday, clearing the way for them to make the release early Tuesday, said Wisner.

Concerns about the safety of glyphosate and Roundup have been growing for years amid mounting research showing links to cancer or other diseases. But the lawsuits only began to accumulate after the International Agency for Research on Cancer (IARC) in 2015 classified glyphosate as a probable human carcinogen. The plaintiffs in the lawsuits allege that the combination of glyphosate with certain surfactants used in Monsanto-branded Roundup products is even more toxic than glyphosate alone, and Monsanto has sought to cover up that information.

Monsanto has publicly denied that there are cancer connections to glyphosate or Roundup and said 40 years of research and scrutiny by regulatory agencies around the world confirm its safety.