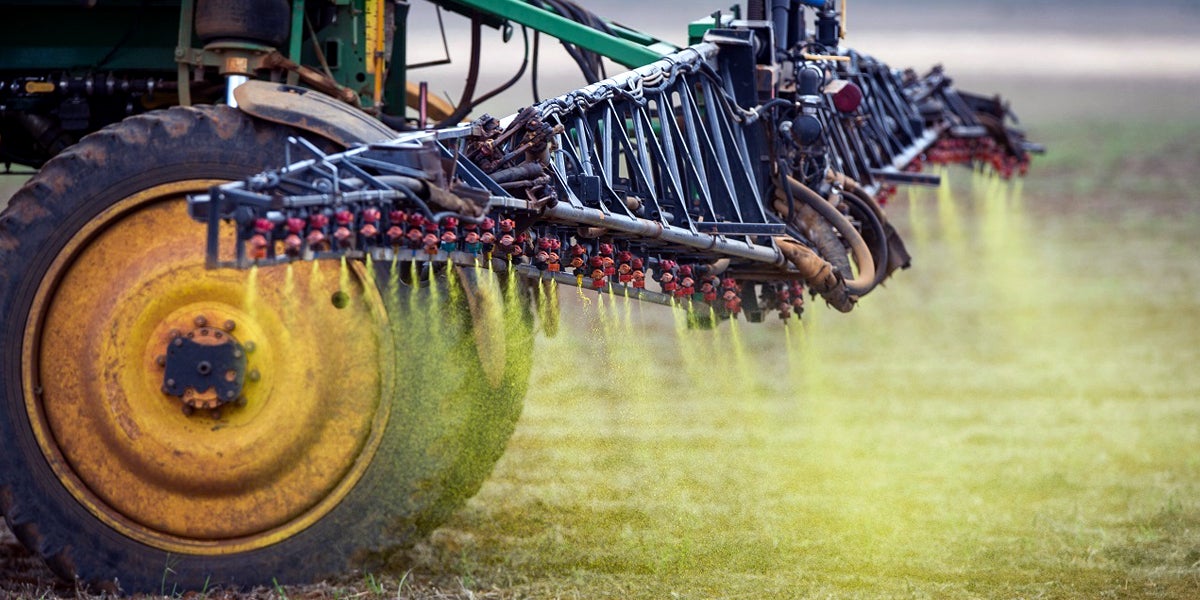 Emails unsealed in a California lawsuit last week reveal that agribusiness giant Monsanto engaged in activities aimed at undermining efforts to evaluate a potential link between glyphosate—the active ingredient of the company’s popular herbicide Roundup—and cancer. The documents reveal the company’s plans to seed the scientific literature with a ghostwritten study and its efforts to delay and prevent U.S. government assessments of the product’s safety.

Many corporate actors, including the sugar industry, the oil and gas industries and the tobacco industry, have used tactics such as denying scientific evidence, attacking individual scientists, interfering in government decision-making processes and manufacturing counterfeit science through ghostwriting to try to convince policymakers and the public of their products’ safety in the face of independent scientific evidence to the contrary. This case underscores the urgent need for greater transparency and tighter protections to prevent these kinds of corporate disinformation tactics that could put the public at risk.

The science is still unclear on this question. The EPA’s issue paper on this topic said that glyphosate is “not likely carcinogenic,” but some of its Scientific Advisory Panel (SAP) members point to critical data gaps and even suggest that there is “limited but suggestive evidence of a positive association” between glyphosate and non-Hodgkin lymphoma. The European Food Safety Authority (EFSA) and the European Chemical Agency have both concluded that scientific evidence does not support classifying glyphosate as a carcinogen. More than 94 scientists from institutions across the world have called for changes to EFSA’s scientific evaluation process.

It’s complex. What is clear, however, is that independent science bodies should be conducting their assessments on glyphosate without interference from outside players with a stake in the final determination.

The stakes for public health—and for Monsanto’s bottom line—are enormous. Glyphosate is one of the most widely used herbicides in the U.S. Sold by Monsanto under the trade name Roundup, it is the company’s flagship product. U.S. farmers spray nearly 300 million pounds of it on corn, soybeans and a variety of other crops every year to kill weeds. It is also commonly used in the U.S. for residential lawn care. As a result of its widespread use, traces of Roundup have been found in streams and other waterways and in our food and farmers and farmworkers are at risk for potentially heavy exposure to the chemical. (More on the ramifications of its agricultural use and the related acceleration of herbicide-resistant weeds here).

Setting the Scene for Science Manipulation

In 2009, the U.S. Environmental Protection Agency (EPA) began a compulsory risk assessment of glyphosate as part of its pesticide reregistration process. The agency’s process risked the possibility that the chemical could be listed as a possible carcinogen, as the agency is required to review new evidence since its last review in the mid-1990s and determine whether it will cause unreasonable adverse effects on the environment and human health. From Monsanto’s standpoint, such a classification change posed a clear threat for its lucrative product, possibly resulting in changes to labels and public perception of the product’s safety that could tarnish the brand’s image.

Compounding the companies’ woes, in March 2015, the United Nations-sponsored International Agency for Research on Cancer (IARC) released an assessment concluding that glyphosate was a probable human carcinogen after evaluating the available scientific research on glyphosate’s link to non-Hodgkin lymphoma and myeloma. IARC recommended that glyphosate be classified as a 2A carcinogen, along with pesticides like DDT and malathion. IARC’s was a science-based determination, not regulatory in nature. But the IARC assessment, the pending EPA review and a slated evaluation by yet another U.S. agency—the Agency for Toxic Substances and Disease Registry (ATSDR) at the Centers for Disease Control (CDC)—appears to have spurred Monsanto to use at least four separate tactics to inappropriately influence public perception and the assessment process.

In one disturbing revelation, the emails suggest that Monsanto representatives had frequent communications with a U.S. government official: Jess Rowland, former associate director of the Health Effects Division at the EPA’s Office of Pesticide Programs and chair of the agency’s Cancer Assessment Review Committee. Internal Monsanto emails indicate that Rowland tipped the company off to the IARC assessment before its release. The emails also quote Rowland as saying he would work to quash the ATSDR study on glyphosate, reportedly telling Monsanto officials: “If I can kill this I should get a medal.” The emails suggest that Monsanto was working with staff inside a U.S. government agency, outside of the established areas of public input to decision-making processes, in a completely inappropriate manner.

Immediately following the IARC assessment, Monsanto not only disputed the findings but attacked the IARC’s credibility, trying to discredit the internationally renowned agency by claiming it had fallen prey to “agenda-driven bias.” The IARC’s working group members were shocked by Monsanto’s allegations questioning their credibility. IARC relies on data that are in the public domain and follows criteria to evaluate the relevance and independence of each study it cites. As one IARC member, epidemiologist Francesco Forastiere, explained: “… none of us had a political agenda. We simply acted as scientists, evaluating the body of evidence, according to the criteria.” Despite Monsanto’s attacks, the IARC continues to stand by the conclusions of its 2015 assessment.

In perhaps the most troubling revelation, emails show that in February 2015, Monsanto discussed manufacturing counterfeit science—ghostwriting a study for the scientific literature that would downplay the human health impacts of glyphosate and misrepresenting its independence. William Heydens, a Monsanto executive, suggested that the company could keep costs down by writing an article on the toxicity of glyphosate and having paid academics “edit & sign their names so to speak” and recommended that the journal Critical Reviews in Toxicology be contacted since the company “had done such a publication in the past” at that journal.

The 2000 paper Heydens referenced, the lead author of which is a faculty member at New York Medical College (NYMC), cites Monsanto studies, thanks Monsanto for “scientific support,” but fails to disclose Monsanto funding or other direct involvement in its publication. That paper concluded that, “Roundup herbicide does not pose a health risk to humans.” After a quick investigation to assess the integrity of this study, NYMC announced that there was “no evidence” that the faculty member had broken with the school’s policy not to author ghostwritten studies.

The emails and other court documents also document the ways in which Monsanto worked to prevent EPA’s use of a Scientific Advisory Panel (SAP) to review the agency’s issue paper on glyphosate’s cancer risk and to delay and help shape the SAP findings through suggested changes to the composition of the panel. Within the unsealed emails, Monsanto mentioned that it opposed the EPA’s plan to create a SAP to review glyphosate because “the scope is more likely than not to be more comprehensive than just IARC … SAPs add significant delay, create legal vulnerabilities and are a flawed process that is probable to result in a panel and determinations that are scientifically questionable and will only result in greater uncertainty.” This is a bogus claim. Scientific Advisory Panels, when they are fully independent, are a critical source of science advice.

EPA’s SAP meetings on glyphosate, scheduled to begin in October 2016, were postponed just a few days before they were slated to start. This occurred after intense lobbying from CropLife America, an agrichemical trade organization representing Monsanto and other pesticide makers, which questioned the motives of the SAP looking into the health impacts of glyphosate. CropLife submitted several comments to the EPA, including one that attacked the integrity of a nominated SAP scientist. The agency subsequently announced the scientist’s removal from the panel in November 2016, one month before the rescheduled meetings took place.

Simultaneously, Monsanto created its own “expert panel” in July 2015 composed of 16 individuals, some scientists and some lobbyists, only four of whom have never been employed by or consulted with Monsanto. Who needs independent assessments when you have ready, willing and substantially funded agribusiness scientists who call themselves “independent”?

The revelations from the unsealed Monsanto emails underscore the vital need for independent science and transparency to ensure credibility, foster public trust in our system of science-based policymaking and prevent entities like Monsanto from undermining objective scientific assessments. Clearly, better controls and oversight are needed to safeguard the scientific process from tactics like ghostwriting and more transparency and accountability are needed to ensure that scientific bodies are able to adequately assess the risks and benefits of any given product. Given what is now known about Monsanto’s actions, the need for independently conducted research and impartial science-based assessments about glyphosate’s safety is more important than ever.

Genna Reed is a science and policy analyst in the Center for Science and Democracy at the Union of Concerned Scientists.