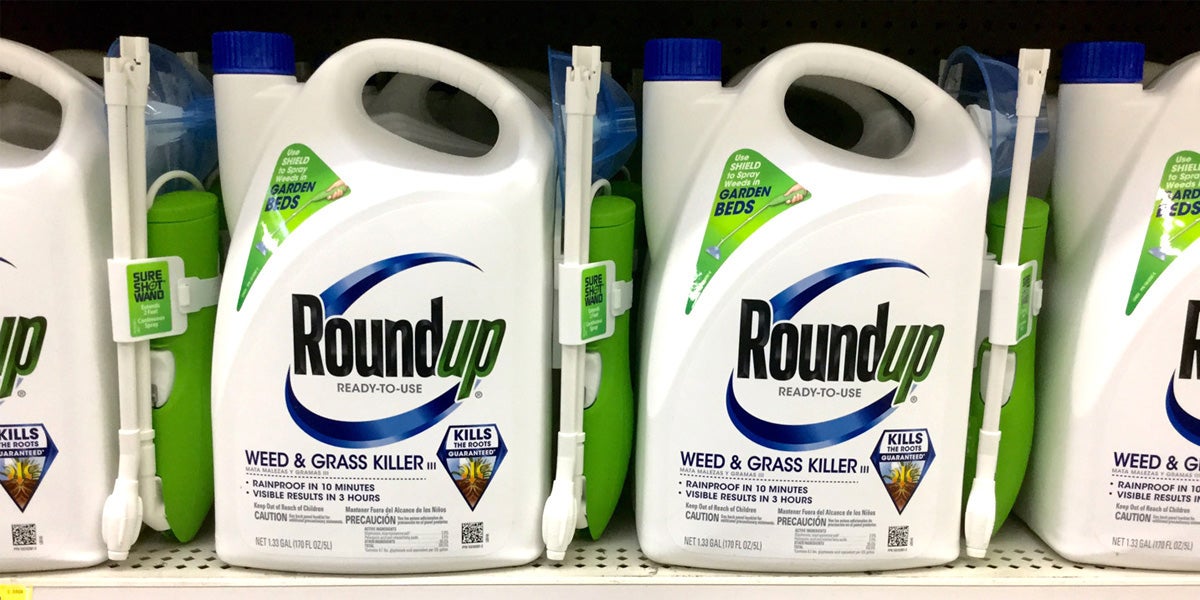 The revelations are contained in a series of filings made within the last few days in the U.S. District Court for the Northern District of California as part of litigation brought by more than 50 people who are suing Monsanto. The plaintiffs claim they or their loved ones developed non-Hodgkin lymphoma after exposure to Roundup herbicide, and that Monsanto has spent decades covering up the chemical’s cancer risks.

Monsanto, California Battle Over Listing Glyphosate as a Carcinogen https://t.co/qn0xnO7Hw8

Lawyers for the plaintiffs want the court to lift a seal on documents that detail Monsanto’s interactions and discussions with former top EPA brass Jess Rowland regarding the EPA’s safety assessment of glyphosate, the active ingredient in Roundup. Monsanto turned the documents over in discovery but marked the documents “confidential,” a designation plaintiffs’ attorneys say is improper. They also want to depose Rowland. But Monsanto and the EPA are fighting both requests, the filings show.

The EPA has spent the last few years assessing the health and environmental safety aspects of glyphosate as global controversy over the chemical has mounted. The World Health Organization’s International Agency for Research on Cancer (IARC) declared in March 2015 that glyphosate is a probable human carcinogen, with a positive association found between glyphosate and non-Hodgkin lymphoma. Monsanto has been fighting to refute that classification because of financial and legal liability ramifications.

Rowland has been key in Monsanto’s efforts to rebut the IARC finding because until last year he was a deputy division director within the health effects division of the EPA’s Office of Pesticide Programs, managing the work of scientists who assessed human health effects of exposures to pesticides like glyphosate. And, importantly, he chaired the EPA’s Cancer Assessment Review committee (CARC) that issued an internal report in October 2015 contracting IARC’s findings. That 87-page report, signed by Rowland, determined that glyphosate was “not likely to be carcinogenic.”

The report was a godsend to Monsanto because it has helped bolster the company’s defense against the Roundup liability lawsuits, and helped shore up market support for a product that brings in billions of dollars in revenues to the company annually. The EPA’s stamp of approval for the safety of glyphosate has also been key to the success of Monsanto’s genetically engineered, glyphosate-tolerant crops, which have been popular with farmers.

But the handling of the CARC report raised questions last year when it was “inadvertently” posted to a public EPA website on April 29, 2016, and kept on the site three days, before being pulled down. The agency said the report was not final and that it should not have been posted, but Monsanto touted the report as a public affirmation of its safety claims for glyphosate. The company also cited the report at a May court hearing in the Roundup litigation as a counter point to the IARC cancer classification. Shortly after the CARC report was removed from the EPA website, Rowland left his 26-year career at the EPA.

Plaintiffs’ attorneys have asked to depose Rowland to learn about that situation and other dealings with Monsanto. But, along with Monsanto’s objection to a release of the documents that relate to its conversations with Rowland, the EPA has specifically refused the deposition request, saying it would “not clearly be in the interests of EPA” to allow attorneys to question Rowland about the cancer review and interactions with Monsanto.

Monsanto has so far turned over roughly six million pages of documents through the court-ordered discovery process, but has designated roughly 85 percent of the information as “confidential,” meaning plaintiffs’ attorneys must black out information from those documents in any court filings that could be accessed by reporters or other members of the public. That designation is improper for many of the documents, especially ones dealing with the company’s interactions with, and influence attempts over, EPA officials, plaintiffs’ lawyers argue.

The lawyers said that the documents obtained through discovery show that “Monsanto has been confident all along that EPA would continue to support glyphosate, whatever happened and no matter who held otherwise.” According to the court filings by plaintiffs’ attorneys, the documents show “it is clear that Monsanto enjoyed considerable influence within the EPA’s OPP, and was close with Mr. Rowland … The documentary evidence strongly suggests that Mr. Rowland’s primary goal was to serve the interests of Monsanto.”

The EPA is a taxpayer-funded, public agency and its dealings with Monsanto should be subject to public scrutiny, particularly given the widespread use of glyphosate herbicide products and the current ongoing international debate over the safety of the chemical, the lawyers claim.

“The health and safety of millions of U.S. citizens is at stake,” states the Jan. 16 plaintiffs’ filing. “Decisions affecting the public health should not be based on secret conversations between Monsanto and EPA officials. If Monsanto wants to advocate on behalf of glyphosate to EPA employees, they should have to do it publicly, so that concerned citizens have equal opportunity to advocate for their health and the health of their families. This issue is too important to allow Monsanto to improperly influence the EPA, and then hide such communication behind an improper ‘confidential’ designation.”

Monsanto is adamant that its documents not be made public, saying releasing them would be “premature and improper.” Allowing public dissemination “of a few select internal corporate documents taken out of context … would be prejudicial to Monsanto and could cause reputational harm,” the company’s attorneys wrote in their response.

The plaintiffs’ attorneys say at least four specific documents they have obtained are clearly in the public interest and “illuminate that one of Monsanto’s chief business strategies is its secret and untoward influence on EPA.” The documents include both internal memos and email chains, according to descriptions of the documents.

Monsanto argues otherwise, saying the four documents at issue “contain sensitive, non-public commercial information, relate to a motion seeking to obtain discovery from a non-party, and bear only a tangential, at best, connection to the questions at issue in this litigation; hence, any public interest ‘is minimal.'”

U.S. District Jude Vince Chhabria, who is overseeing the multi-district Roundup litigation, could rule on these matters any day.