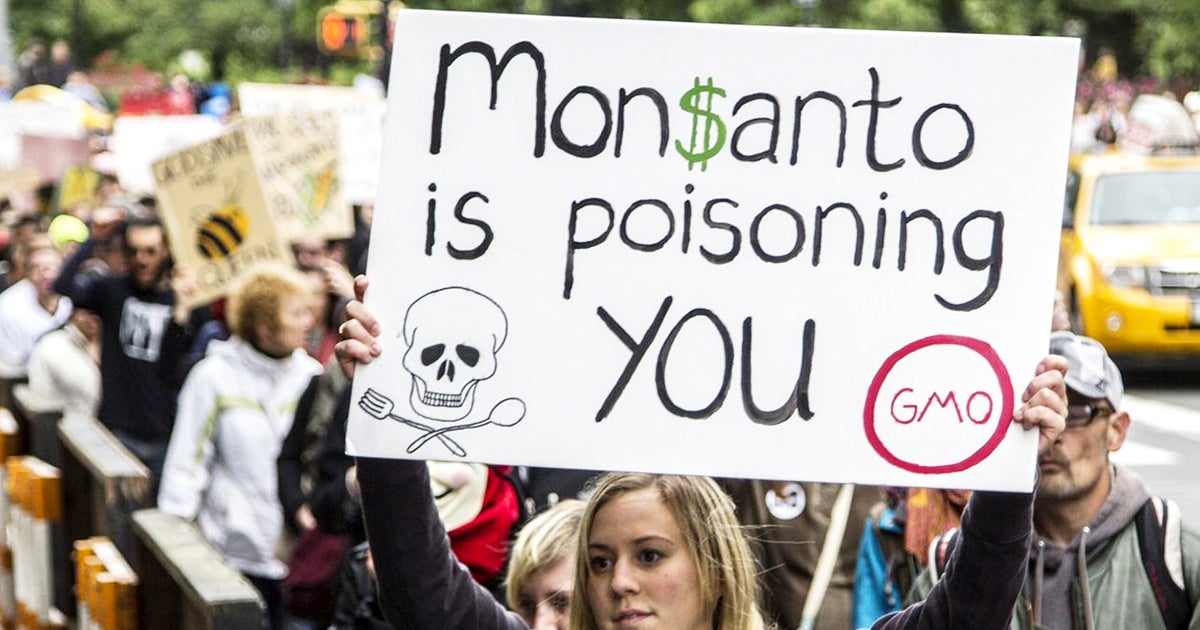 Three years ago this month Monsanto executives realized they had a big problem on their hands.

It was September 2014 and the company’s top-selling chemical, the weed killer called glyphosate that is the foundation for Monsanto’s branded Roundup products, had been selected as one among a handful of pesticides to undergo scrutiny by the World Health Organization’s International Agency for Research on Cancer (IARC). Monsanto had spent decades fending off concerns about the safety of glyphosate and decrying scientific research indicating the chemical might cause cancer or other diseases. And even though the IARC review was still months away, Monsanto’s own scientists knew what the outcome would likely be—and they knew it wouldn’t be good.

Internal company records show not just the level of fear Monsanto had over the impending review, but notably that company officials fully expected IARC scientists would find at least some cancer connections to glyphosate. Company scientists discussed the “vulnerability” that surrounded their efforts to defend glyphosate amid multiple unfavorable research findings in studies of people and animals exposed to the weed killer. In addition to epidemiology studies, “we also have potential vulnerabilities in the other areas that IARC will consider, namely, exposure, genetox and mode of action…” a Monsanto scientist wrote in October 2014. That same email discussed a need to find allies and arrange funding for a “fight”—all months before the IARC meeting in March 2015.

And Monsanto predicted internally before IARC even met that the review of the scientific evidence would result in a decision that glyphosate “possibly” was carcinogenic or “probably” was. Monsanto officials had forecast the IARC decision in an internal “preparedness” plan that warned colleagues to “assume and prepare for the outcome…” The document shows Monsanto thought it most likely that IARC would peg glyphosate as a “possible human carcinogen.” The rating of probable carcinogen was “possible but less likely,” the Monsanto memo stated. IARC ultimately did classify glyphosate as “probably carcinogenic to humans.”

As the IARC meeting loomed, the internal documents show that Monsanto did not wait for the actual IARC decision before acting. It enlisted teams of PR and lobbying experts, scientists and others in a plan aimed at creating what was designed to appear as a storm of “outcry” and “outrage” to follow the IARC classification. IARC had a history of “questionable and politically charged rulings,” the Monsanto memo said.

The plan was to create enough controversy to thoroughly discredit IARC’s evaluation because Monsanto officials knew that regulators would be influenced by IARC, and continued widespread use of the top-selling chemical could be at risk.

“It is possible that IARC’s decision will impact future regulatory decision making,” Monsanto stated in its internal correspondence.

The timing was critical because in 2015 both the U.S. Environmental Protection Agency (EPA) and the European Commission were evaluating re-authorizations of Monsanto’s weed killer. Following IARC’s classification, both the European Union and the EPA delayed final decisions on glyphosate amid the still-brewing debate over the chemical’s safety.

“What this indicates to me is that it was obvious to Monsanto that there was evidence of carcinogenicity,” said Peter Infante, an epidemiologist who worked for more than 24 years for the U.S. government studying cancer risks to workers from exposure to toxic substances. “It would seem to me that Monsanto does not like the public to be informed of the cancer hazard.”

After the IARC ruling, a storm of protest did erupt from various individuals and organizations alongside Monsanto’s howls of indignant outrage. Some have questioned the wisdom of U.S. funding for IARC and Monsanto has perpetuated a false narrative that the chairman of the IARC working group withheld critical information from the team.

The document trail, which includes internal emails, memos and other communications obtained from Monsanto by plaintiffs’ attorneys through litigation pending in the U.S., makes clear that the debate over, and challenge to, IARC’s classification did not sprout authentically from a variety of voices, but rather was manufactured by Monsanto in advance of IARC’s decision and continued afterward. The goals was—and is—to convince regulators to discount the findings of the team of independent scientific experts who made up the IARC team that examined glyphosate.

The internal records obtained through litigation, combined with documents obtained through Freedom of Information Act (FOIA) and state records requests also show that the actions employed to discredit IARC were part of a decades-long pattern of deceptive tactics by Monsanto to persuade regulators, lawmakers and members of the press and public that glyphosate and Roundup are safe. The company has used these tactics multiple times over the years to try to discredit several scientists whose research has found harmful effects associated with glyphosate.

The IARC attack plan, which was laid out in a February 2015 memo, involved not only Monsanto’s internal PR people, scientists and marketing experts, but a range of outside industry players. Various individuals were assigned tasks. The “strategies and tactics” included:

to submit to Forbes for publication under his name with no mention of Monsanto’s involvement. Forbes learned of the deceit last month and severed relations with Miller.

The preparedness plan also called for supporting “the development of three new papers on glyphosate focused on epidemiology and toxicology.” As planned, shortly after the IARC decision Monsanto arranged for several scientists—many of them former employees or paid consultants—to author and publish research papers supporting glyphosate safety. It was revealed through discovery documents that Monsanto discussed ghostwriting the papers. In one email, company scientist William Heydens told colleagues the company could “ghost-write certain reports that would carry the names of outside scientists—”they would just edit & sign their names so to speak,” he wrote. He cited as an example a 2000 study that has been regarded as influential by regulators. Documents show Monsanto’s heavy writing and editing involvement in the resulting purportedly “independent” review.

Monsanto has adamantly denied ghostwriting, but one memo from August 2015 from the files of Monsanto scientist David Saltmiras actually uses that term, stating that he “ghostwrote cancer review paper Greim et al (2015)…” referring to a paper that showed authorship by German scientist Helmut Greim along with Saltmiras. (Monsanto has acknowledged that Greim worked as a consultant to the company with part of his job being to publish peer-reviewed data on glyphosate).

Another internal email illustrates the writing by a Monsanto scientist of a research paper titled “Developmental and Reproductive Outcomes… after Glyphosate Exposure.” The scientist, Donna Farmer, did extensive work, including what she called a “cut and paste” of certain information. But her name was not included as an author before the paper was submitted to a journal. The published version, concluded there was “no solid evidence linking glyphosate exposure to adverse developmental or reproductive effects.”

The paper trail of documents also show that Monsanto feared that a U.S. health agency planning to review glyphosate in 2015 might agree with IARC and collaborated with the EPA to successfully block that agency—the Agency for Toxic Substances & Disease Registry (ATSDR)—from doing its review. “We’re trying to do everything we can to keep from having a domestic IARC occur,” a company official wrote.

The record also shows that well before IARC, Monsanto recruited networks of academic scientists in the U.S and Europe who have defended Monsanto’s products, including its weed killer, without declaring their collaborations with Monsanto. And that these silent soldiers helped Monsanto discredit scientists who reported research showing harm associated with glyphosate and Roundup, including working at Monsanto’s bidding to get one damaging study by French scientist Gilles-Éric Séralini retracted from a scientific journal where it was published in September 2012. The company even discounted concerns by one of its own paid consultants who found evidence of glyphosate’s genotoxicity and refused to do the additional tests he recommended.

Two committees of the European Parliament have scheduled a hearing for Oct. 11 in Brussels to delve into these and other questions as the European Commission faces a looming deadline for making a decision on the re-authorization of glyphosate before the end of 2017.

Lawmakers should take note of evidence that their own food safety agency appears to have dropped the ball on independent assessments of glyphosate research. Records show that the European Food Safety Authority (EFSA) dismissed a study linking Monsanto’s weed killer to cancer at the advice of an EPA official who Monsanto deemed “useful” and who is part of a probe now into possible collusion between the EPA and Monsanto.

They should also pay heed to news that EFSA based its recommendation on glyphosate on a report that copied and pasted analyses from a Monsanto study.

Monsanto Chairman Hugh Grant was invited to address the Parliament meeting in October, but declined to appear or to send anyone else from Monsanto. Dr. Roland Solecki, head of chemical safety for the German Federal Institute for Risk Assessment (BfR), has also declined, according to organizers. I do plan to participate, as will a representative from IARC and several others.

Throughout this debate, it is worthwhile to remember that the concerns about glyphosate safety have deep roots that date all the way back to at least 1985 when EPA toxicologists looked at data showing rare tumors in mice dosed with glyphosate and determined that glyphosate was “possibly carcinogenic to humans.”

Monsanto protests eventually reversed that classification but in light of all of the deceptive tactics recently revealed in documents, the words of an EPA scientist more than 30 years ago are worth considering today: “Glyphosate is suspect… Monsanto’s argument is unacceptable.”

The EPA scientist in that 1985 memo also wrote: “Our viewpoint is one of protecting the public health when we see suspicious data. It is not our job to protect registrants…”

European lawmakers would be wise to recall those words.