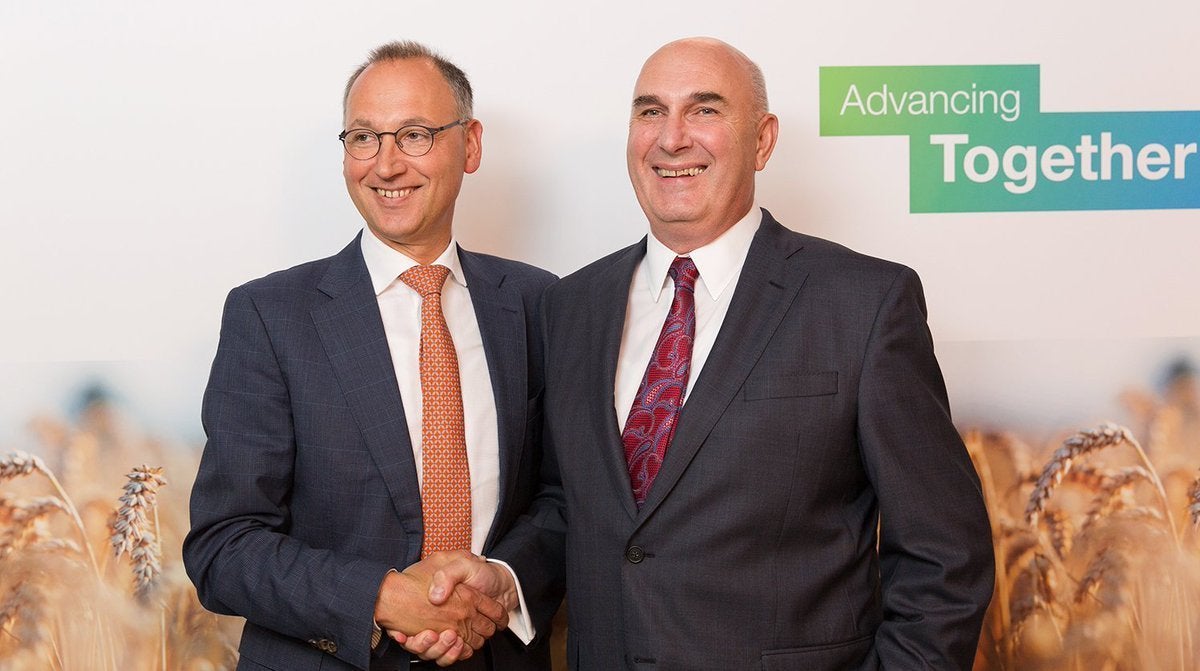 The acquisition faces intense regulatory scrutiny in the U.S., the European Union and other markets, as combining the two multinational juggernauts would form the world’s largest seed and chemical company.

As Reuters reported, the combined companies plan to increase research and development spending and develop a global seeds and biotechnology hub in St. Louis to help spur regulatory approval.

“I think those augur well for the deal,” Monsanto CEO Hugh Grant told the news service.

Grant told the St. Louis Dispatch that regulatory filings have now been made in the U.S. The deal also needs to be upheld in the European Union, Brazil, India and China. The Monsanto boss is hopeful that the proposed merger would pass in all jurisdictions, since “the overlap between the two [companies] is really quite small.”

Monsanto and Bayer control the two top cotton seed brands in the U.S., respectively—or about 70 percent of all cotton acreage in the country.

“One of the worst things you could do is to link Liberty and Roundup in the same company,” Peter Carstensen, a law professor at the University of Wisconsin and leading agricultural antitrust expert, explained to the St. Louis Dispatch. “There’s no incentive for somebody to develop a third alternative.”

Critics of the takeover have many concerns including increased prices for farmers and consumers due to reduced competition, the monopolization of the global food supply and the proliferation of pesticides.

In September, when Monsanto and Bayer first announced the deal, Sen. Bernie Sanders called the proposed consolidation, “a threat to all Americans … These mergers boost the profits of huge corporations and leave Americans paying even higher prices.”

However, after yesterday’s vote that was supported by approximately 99 percent of shareholders, Grant seemed confident the merger would pass regulatory reviews.

The companies’ executives believe that a successful merger would be beneficial for farmers and help address global agriculture issues such as climate change and food scarcity.

“The acquisition of Monsanto is driven by our strong belief that this combination can help address the growing challenges facing farmers and the overall agriculture industry today and in the future,” Werner Baumann, CEO of Bayer AG, said in a statement after the vote.

The Natural Resources Defense Council (NRDC) disagrees. The environmental organization has concerns that the potential mega-corporation would have control of 29 percent of the market for seeds and 28 percent for pesticides—a threat to farmers, consumers, bees and other pollinators, as well as the environment.

“Consolidating Monsanto & Bayer would escalate the use of dangerous toxic pesticides…a bad deal for farmers, bees, consumers & the planet."

“The existence of such a powerful player would substantially harm both farmers and the environment by decreasing competition and innovation, resulting in increased costs, and allowing for greater corporate control over farmers’ planting choice. It’s lose-lose for farmers and consumers,” the organization said. “Of particular concern to NRDC is that the merger would reinforce the chemical-intensive growing practices currently threatening bees and wild pollinators that support between $200-600 billion worth of crops in the global food supply.”

On Monday, the NRDC filed a letter with the U.S. Department of Justice objecting to the proposed takeover. The specific concerns are:

“Consolidating Monsanto and Bayer would escalate the use of dangerous toxic pesticides and create a bad deal for farmers, bees, consumers and the planet,” NRDC senior attorney Rebecca Riley said. “The Department of Justice should reject this proposal.”

The NRDC’s letter also notes that other major agribusinesses also plan to combine, including ChemChina with Syngenta AG and Dow Chemical with DuPont.

“Mergers are a big win in a corporate boardroom, but out on the farm, consolidation just means higher costs,” Riley said.

The deal now faces a lengthy regulatory review and is expected to close by the end of 2017. Incidentally, the election of Donald Trump might be a boost to Bayer’s purchase of Monsanto. While the president-elect campaigned on blocking mega-deals such as AT&T Inc’s purchase of Time Warner Inc, Trump’s nominee for attorney general—Sen. Jeff Sessions, a pro-business conservative from Alabama—is good news for any pending mergers.