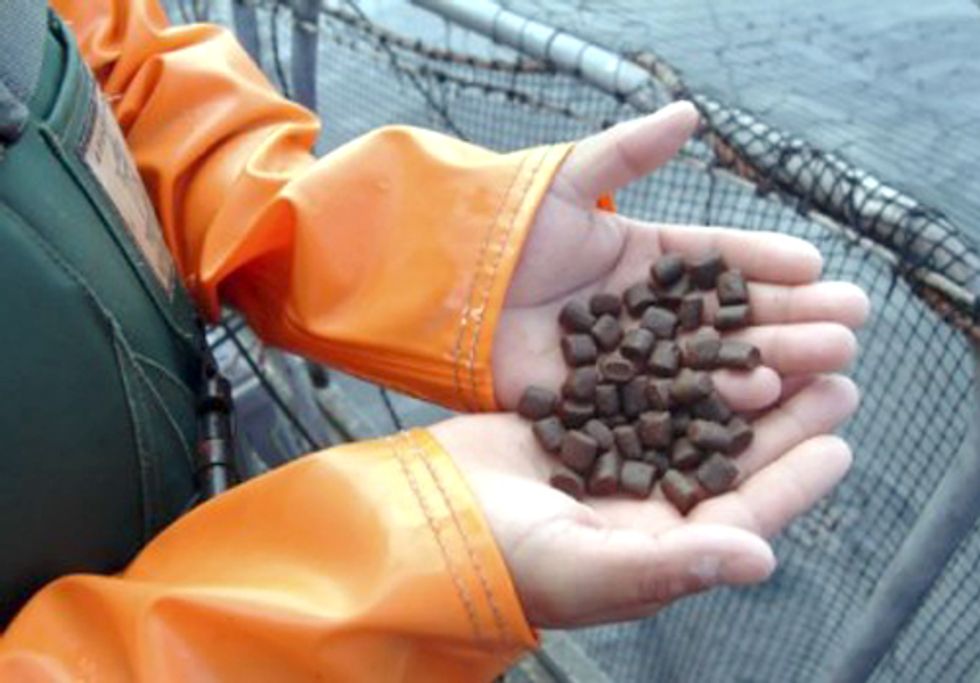 If proponents of soy in aquaculture have it their way, soy will be used to feed fish in open ocean pens in federal waters, a move that would negatively impact the marine environment as well as the diets of both fish and consumers.

Food & Water Watch and Food & Water Europe’s new report, Factory-Fed Fish: How the Soy Industry is Expanding Into the Sea, shows how a collaboration between two of the most environmentally damaging industries on land and sea—the soy and open ocean aquaculture industries, respectively—could be devastating to ocean life and consumer health. And since much of the soy produced in the U.S. is genetically engineered (GE), consuming farmed fish would likely mean eating fish that are fed GE soy.

“Our seas are not Roundup ready,” said Wenonah Hauter, executive director of Food & Water Watch. “Soy is being promoted as a better alternative to feed made from wild fish, but this model will not help the environment, and it will transfer massive industrial farming models into our oceans and further exacerbate the havoc wreaked by the soy industry on land—including massive amounts of dangerous herbicide use and massive deforestation.”

The powerful soy industry, which is well represented in Washington, D.C. and Brussels, stands to gain more than $200 million (€160 million) each year by aggressively promoting the use of soy to feed farmed fish at a time when more and more consumers are eating seafood sourced from aquaculture or fish farms. Close to half of the seafood we consume globally comes from these factory fish farms.

Unfortunately, increased use of soy in fish feed could do greater harm to the health of fisheries by increasing the amount of soybeans grown. Like other monoculture crops, soybeans require large amounts of fertilizer for their production. Much of this fertilizer gets washed off the fields and into waterways that eventually lead to important fisheries such as the Gulf of Mexico or the Chesapeake Bay. The nitrogen and phosphorus from this fertilizer contributes to the dead zones in these fisheries, reducing the number of fish that live there and the ability of fishermen to catch them.

Relying on soy to feed farmed fish could also have devastating affects on consumer choice. In 2007, there were total of 279,110 soybean farms. A 2008 report indicated that only 1,336 soybean farms were certified organic, which do not allow the use of GE crops. This leaves a lot of room for non-organic soybean farms to produce crops from GE seeds. GE soy-fed fish would probably not need to be labeled, so consumers wouldn’t know that they were eating fish fed with GE soy. Considering that Monsanto and Cargill would be big players—two agribusinesses that use GE seeds—this scenario seems likely.

While the soy industry is busy promoting soy as an environmentally friendly alternative to fish feed from wild fish, it is clear that soy is not a natural food for fish to eat, and that its use can be destructive to ocean ecosystems. Fish have a difficult time digesting it, and it causes nutrient deficiency. As a result, fish tend to produce excessive amounts of waste, which attracts disease and bacteria, and disrupts the normal ecology of the immediate marine environment.