Moneyball: Reinventing the Game of Capitalism 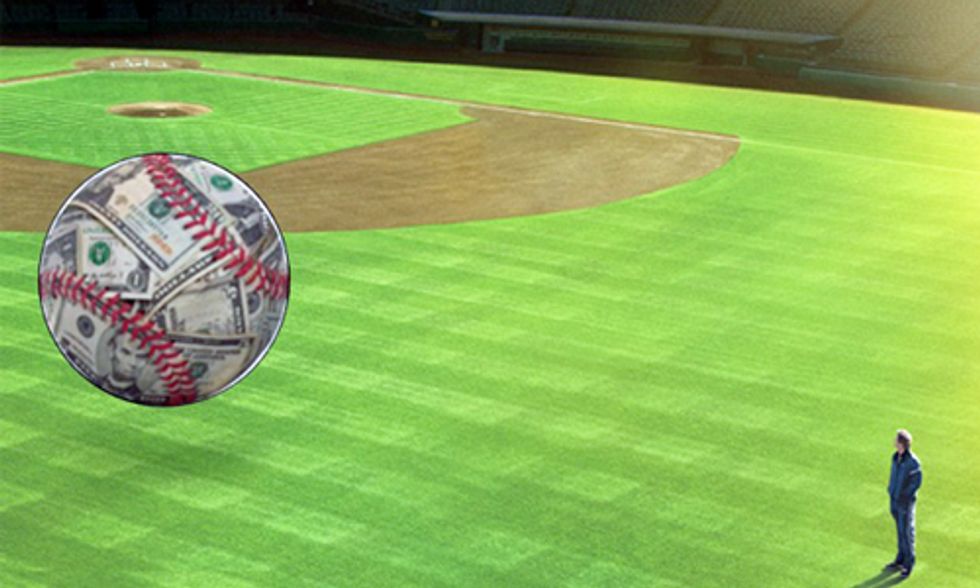 There is an epidemic failure within the game to understand what is really going on. And this leads those who run major league teams to misjudge their players and mismanage their teams … Baseball thinking is medieval. They are asking all the wrong questions.

People see this new way of thinking as a threat, and not just to a way of doing business, but, in their minds, it’s a threat to the game itself …

But anybody who is not tearing their team down right now and rebuilding it using your model—they’re dinosaurs.

—Dialog from the movie Moneyball

In the movie Moneyball, a new scientific model shows how to reinvent baseball, allowing the Red Sox to overcome the curse of the Bambino and win the pennant for the first time in 86 years.

Today, a new scientific model—in this case a more rigorous stage of systems science based on the study of energy-flow networks—can show us how to reinvent the game of capitalism in a way that revitalizes the whole system, bottom to top.

Instead of loose analogies to ecological concepts, this new model provides the predictive theory and precise measures today’s social entrepreneurs and policymakers need to diagnose problems, identify cures, integrate efforts, guide policy and assess systemic health. Here, the storyline of Moneyball applies as much to the games of economics and finance as it does to baseball:

A number of thought leaders and entrepreneurs are seeking to reinvent capitalism because it isn’t working for large segments of the system. In our terms, their goal is to create a regenerative form of capitalism that produces lasting social and economic vitality for global civilization as a whole.

A more rigorous stage of Systems Science can show us how to turn today’s lopsided capitalism into vibrant regenerative economies. Whether it is called complexity, systems or networks, improved insights into our interdependent world are coming from the study of whole systems, the dynamic relationships that bind them and the conditions under which they thrive. Today, discoveries of how energy drives development are merging with ancient understandings of nature’s designs to produce a rigorous understanding of systemic health and development that applies to living, non-living and social systems including economies.

The future will belong to those who have the vision to use this scientific model to build a better world—and who have the chops to make this regenerative reformation happen.

I call this work Energy Network Science (ENS) because it uses energy networks and nature’s designs to illuminate universal laws and optimal patterns of health and development.

Energy fuels organization, drives development and creates pressure for change. Because such principles are universal, they help explain why similar laws apply to systems as diverse as living organisms, ecosystems and economies. Because they are empirical, they explain why rigorous findings apply across this range as well. Already well-known in ecology and living systems, the result is measurable laws of health and development that work in economies.

Easy to see and measure, ENS’ patterns focus our economic efforts on making human networks healthy, as well as on making money.

The following examples provide a taste of ENS’ potential:

Fractals as optimal designs & measurable targets: Scientists since the ancient Greeks have studied the universal patterns that fill our world. Today most researchers believe such patterns exist because they support some aspect of systemic health. Lungs, for instance, have a branching structure—with a few, highly-efficient, big conduits on top and successively more numerous, less efficient, smaller conduits on the bottom—because this particular structure optimizes the diffusion of oxygen into the bloodstream. Nowadays we call this pattern a fractal and use new mathematical methods to measure them precisely. Because fractal patterns help optimize many forms of function and flow, they are found in everything from leaves to river deltas.

We can use fractal balance to:

We experience outsourced jobs and decrepit schools as local events, but underneath we know they are symptoms of global economic dysfunction. ENS can provide the tools we need to turn dysfunction into regenerative vitality.