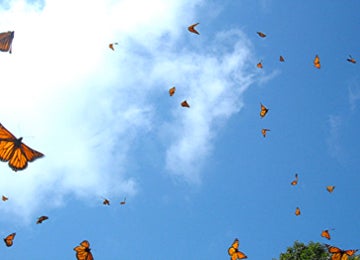 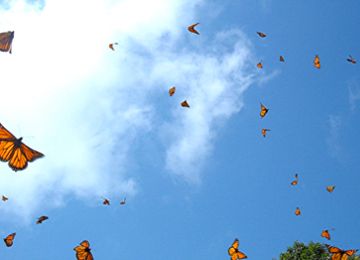 A comprehensive mapping of the the North American migration patterns of the iconic monarch butterfly could help preserve a species threatened by loss of habitat and food sources, a team of international researchers says.

In a study conducted across 17 U.S. states and two Canadian provinces, from southern Texas to Alberta, biologists from Canada, the U.S. and Australia tracked the northward migration of the monarchs, documenting several generations in a single breeding season.

By analyzing a chemical signature found on the adult butterflies’ wings that reveals their specific birthplace, scientists were able to document a breeding “explosion” in the U.S. Midwest, from which many butterflies then travel north into Alberta. According to Tyler Flockhart, a PhD. student at the University of Guelph in Canada and lead author of the study published in the Proceedings of the Royal Society B, the decline in milkweed and a surge in genetically modified crops might be affecting monarch survival.

“If habitats in the Midwest continue to decline, then monarchs will lose the ability to expand the breeding range, including those butterflies that end up here in Ontario,” he said. Earlier this year, a census at the butterflies’ wintering grounds in Mexico found that population levels were lower than ever previously measured.