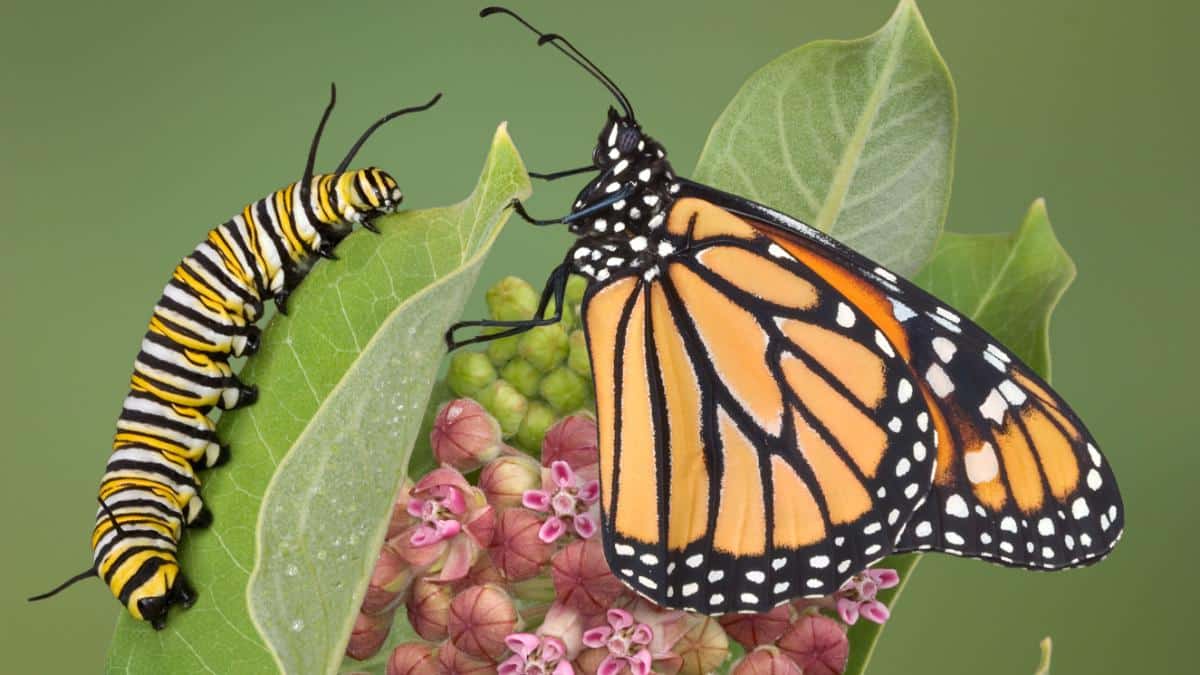 A monarch butterfly is perched next to an adult caterpillar on a milkweed plant, the only plant the monarch will lay eggs on and the caterpillar will eat. Cathy Keifer / Getty Images

But these days the iconic butterfly’s numbers are dwindling. The western migratory population is down 97% since the 1980s — a survey this month found fewer than 2,000 — and the eastern population has slipped 80% in just the past 15 years.

Because of these grim numbers the U.S. Fish and Wildlife Service ruled in December that monarchs deserved protection under the Endangered Species Act, but it would still be several years before the butterflies were listed as threatened or endangered.

It’s time the species may not have.

Halting the precipitous decline of North American monarch populations hinges, in large part, on milkweed. It’s the sole plant the caterpillars eat and where monarchs lay their eggs. It’s also quickly disappearing with increasing urbanization and pesticide use.

Since monarchs can’t survive without milkweed, conservation efforts have focused on planting more milkweed. But it’s not as simple as it sounds.

“We’ve learned a good bit in the past two or three years about how to create these types of habitats, but there’s not a whole lot of evidence guiding the way we create the plantings,” says Adam Dale, an assistant professor in entomology at the University of Florida. “For example, the diversity of plants in a garden, the specific plants that are used and their arrangement — all of those things matter for how the butterflies are able to locate the hosts and move from one to the next.”

In a new study published in the journal Insects, Dale and his colleagues tried to identify whether more diversity of wildflowers in milkweed gardens would be a boon for the beleaguered butterflies or whether plots should contain only milkweed plants. 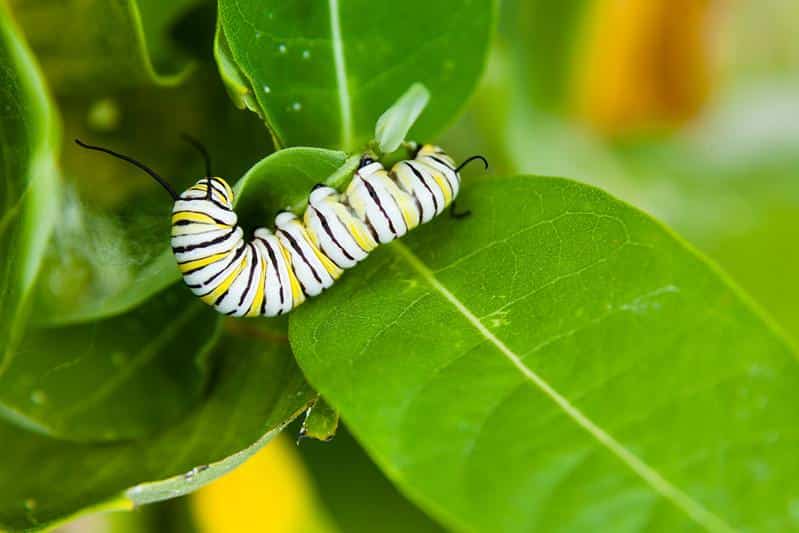 Biological diversity in ecosystems is usually a good thing, but a large body of research has shown that more diverse habitat may not be good for species like monarchs that are so specialized in what they eat.

“There’s a potential for actually reducing monarch success by increasing the diversity of plants,” in these conservation gardens, says Dale.

One reason is that a more varied garden can make it harder for the insects to find their host plants if they’re obscured visually or chemically. A recent study from researchers at the University of Kentucky found that monarchs did better when milkweed was planted on the perimeter of gardens.

Another reason has to do with the “enemies hypothesis,” where greater plant diversity means more natural enemies for specialist herbivores like monarchs. Increase the plant diversity and increase the chance of larvae being eaten.

That’s why, Dale says, they were surprised by some of their findings.

In the study, areas where they planted a mix of native swamp milkweed and other wildflowers saw an increase in monarch eggs compared to areas planted with just milkweed. And even though there was an increase in the number of predatory insects, as suspected, it didn’t have an effect on the number of monarch larvae that survived.

“So what we were concerned about didn’t come through,” he says.

While the study was done in Florida, Dale says in general the findings should be applicable to monarch populations in other places.

“Our main goal is to try to create conservation habitat in urban areas where we’re replacing natural habitat with human habitat,” he says. “So ultimately we’re trying to figure out ways to integrate these types of gardens into our yards and green spaces, and just try to make them as good as they can be.”

With monarchs teetering on the edge of extinction, Dale hopes applying what they’ve learned from research like this can help make conservation efforts more successful.

“I hope that people who are interested in conserving monarchs and other insects will see this because I think it provides a little more evidence that helps inform how people create these types of gardens,” Dale says. “Whether that’s a homeowner, a green-space land manager in an urban area, a golf course superintendent looking to create conservation habitat or anyone who’s creating these spaces, I think they could use this to improve the condition of the habitat they’re creating.”