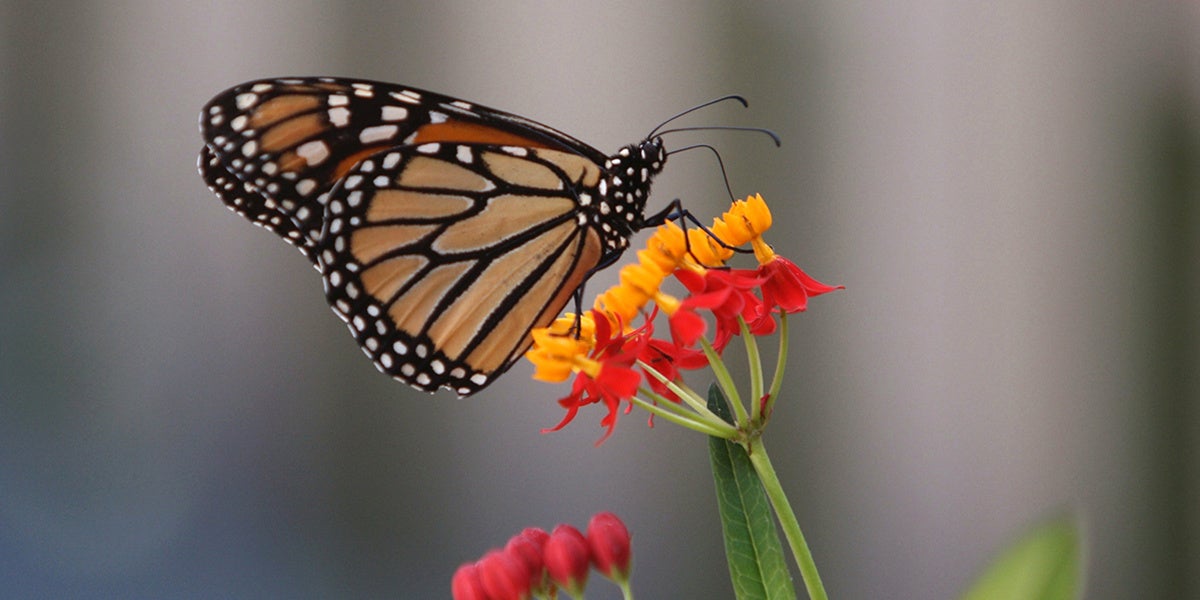 Monarch butterflies are already in danger. Their numbers have decreased by 80 percent in the past 20 years, and this year’s count of the number of the black-and-orange butterflies wintering in Mexico was lower than 2017’s.

Now, researched reported Tuesday in a Louisiana State University (LSU) press release reveals that two human-caused environmental concerns could combine to pose another deadly threat to monarchs in the future: climate change, and the spread of non-native species.

The study, published Tuesday in the journal Ecology, looked at the effect of higher temperatures on a non-native, tropical variety of milkweed or Asclepias curassavica.

Tropical milkweed is commonly sold in garden stores in the southern U.S., and monarch butterflies thrive on it under current conditions.

As the press release explains, all varieties of milkweed contain cardenolides, chemicals that are toxic to most predators but that monarchs have evolved to tolerate. By laying their eggs on milkweed, monarchs protect their offspring, and the caterpillars that hatch render themselves unappetizing to predators by feasting on the chemicals.

But this could change with the climate. The study found that warmer temperatures increase the cardenolides in A. curassavica to the point where they poison monarch larvae, delaying larval growth and stunting adult forwings. Native milkweed is not similarly impacted.

LSU Department of Biological Sciences associate professor Bret Elderd, one of the study’s authors, said that his research demonstrates how climate change impacts the relationships between individual species.

“A lot of global climate change research focuses on a single species, and how that species will be affected by climate change,” Elderd said in the LSU release. “But we know that in reality, species interact, and they are often tightly linked together.”

The research also indicates how climate change can render harmful behaviors that used to be adaptive.

“If I’m a monarch butterfly, and I’m responding to past environmental conditions, I’ll lay my eggs on A. curassavica,” Elderd said in the release. “But under conditions of global warming, I’ll be doing my offspring a disservice without knowing it.”

Elderd was joined in his research by graduate student Matthew Faldyn and Mark Hunter of the Department of Ecology and Evolutionary Biology and School of Natural Resources and Environment at the University of Michigan.

In order to replicate temperatures projected for Baton Rouge, Louisiana in the next 40 years, researchers constructed small greenhouses around the tropical milkweed plants. They found that cardenolides increased after three days.

Faldyn said he hoped to use the research to educate plant sellers and gardeners about the importance of planting native milkweed as climate change continues.