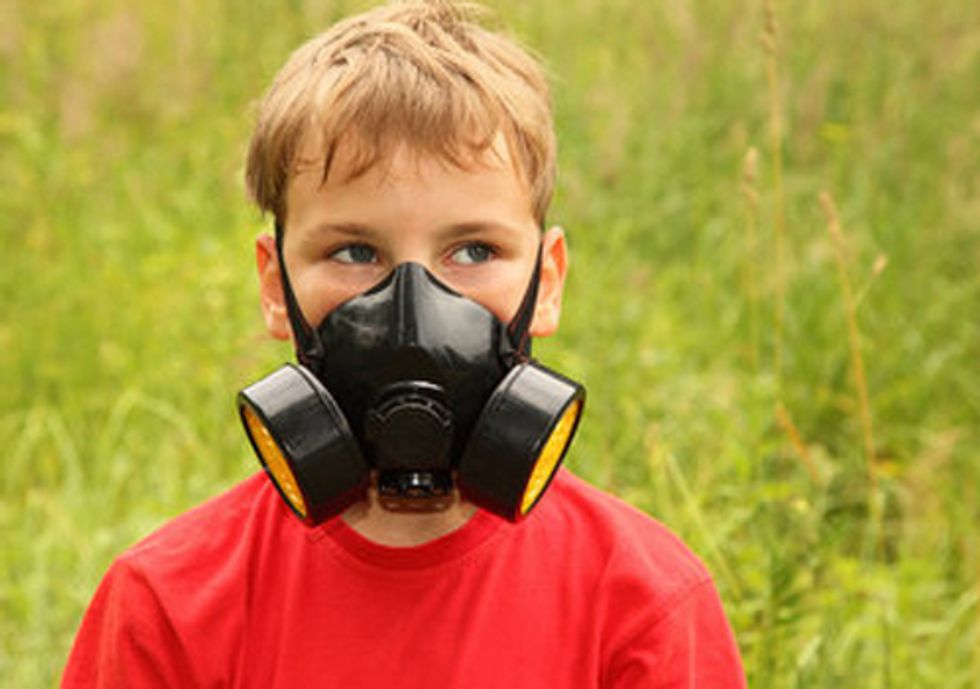 On Dec. 1, the Sierra Club joined with local families and environmental organizations to call upon President Barack Obama to enact strong mercury standards for our power plants. These first ever standards, proposed in March, would reduce mercury in our air and water by more than 90 percent.

Mercury has been linked with serious developmental disorders and learning disabilities and at the moment our power plants are allowed to spew this toxic pollution without limits. Ohio’s coal plants are among the worst in country emitting more than 4,218 pounds of airborne mercury pollution every year, a leading factor in making Ohio number one for toxic air pollution in the country.

Theresa Davis-Bowling, a mother from Cleveland, who’s son lives with chronic asthma, is now preparing to give her son Zolar shots which cost $1,200 each. “Initially he has to take a shot every week for a month and then every month thereafter, which will cost $4,800 the first month and a total of $18,000 for one year—he's only 13, you do the math.”

The experience of Theresa’s son is just one of many across the country, every year the coal industry causes more than $100 billion in health costs due to the toxic pollution of their coal plants. By reducing particle matter by 55 percent, these mercury standards would help curve Cuyahoga County’s extreme incidence of asthma. In 2008, the asthma rate among Cleveland school children was more than double the national average.

Jesse Honsky, a registered nurse and expert on maternal and child health, lamented that “A child exposed to toxic levels of mercury faces not just health consequences, but also social, economic and quality of life consequences. The harmful effects of mercury can be permanent and the effects can last for years after the damage occurs.”

The families of Northeast Ohio now urge Obama to bring us across the finish line with strong mercury standards. Nationally more than 900,000 public comments have demonstrated support for strong U.S. Environmental Protection Agency protections, while locally more than 1,000 postcards have been sent to the state calling for investments in cleaner alternatives. It is now up to Obama to finalize the standards and take a stand for the health of Ohio’s families. Strong national mercury standards would result in 120,000 asthma attacks avoided, 12,200 emergency room visits avoided and 4,500 cases of chronic bronchitis avoided.

Rashay Layman of the Sierra Club reiterated these sentiments saying, "two-thirds of all airborne mercury pollution in our state comes from these old, dirty coal plants. From asthma attacks to developmental disabilities, coal makes people sick. Ohio needs President Obama to get us across the finish-line on these long awaited standards."