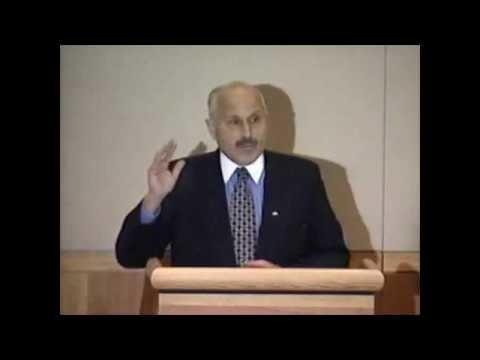 “We are not in anyway saying that greenhouse gases can be dismissed as a risk, or that climate change associated with the build-up of greenhouse gases can be dismissed on a scientific basis as being a non-event.” These words in themselves are not surprising—they are a basic statement of scientific fact. But their source is. They were spoken by then-CEO of Mobil Lucio Noto in 1998, one year before the company merged with Exxon. The new company would go on to put at least $16 million towards funding climate-denying advocacy groups and think tanks between 1998 and 2005.

A video of Noto’s speech, obtained by ThinkProgress and published by them Monday, has potential implications for various lawsuits attempting to hold fossil fuel companies like ExxonMobil accountable for the contribution their product has made to climate change.

Its release comes just less than a week after a judge threw out an Exxon lawsuit that attempted to block a probe by New York and Massachusetts into whether or not the company deceived investors about its knowledge of the risks posed by climate change.

In the video, Noto responded to employee concerns that Mobil had been too negative about the Kyoto agreement. He denied that the science was “closed” enough to justify taking “draconian steps tomorrow to reduce CO2 gases,” but did acknowledge greenhouse gases were a potential problem.

Further, he acknowledged that both the extraction and consumer use of Mobil’s product might contribute to that problem.

“We’ve started an inventory of greenhouse gases that we are responsible for in our facilities,” he said, adding, “and that’s probably only five percent of the issue in Mobil’s case. Our customers using our products probably account for 95 percent of those emissions.”

President and CEO of the Center for International Environmental Law Carroll Muffett told ThinkProgress that it was significant that Noto had admitted the broader impacts of the use of Mobil’s product, calling the statement an “implicit, and potentially explicit acknowledgement, that the biggest impact of an oil company on the climate comes from the use of its product.”

However, Muffett pointed out that the video was not a “silver bullet” for cases like the lawsuit brought by San Francisco and Oakland against five oil producers, including Exxon, for climate-change-related damages.

Indeed, as ThinkProgress pointed out, Noto’s attempt to shift responsibility to customers echoes the tactic of Chevron‘s lawyer in a climate science tutorial ordered by the judge hearing that case last month.

But Muffet said the video could be part of building a larger case that the oil company was aware of the environmental impacts of its product.

“They were in a position to do something about it, they didn’t do anything about it,” Parenteau told ThinkProgress. “They deceived the public about it and now we live with the consequences.”

Parenteau added that he thought the video could “play big” in court. “If you can get these facts in front of a jury in a state court of California, watch out,” he told ThinkProgress.