Mixed Forests Are Healthier, But Can They Survive Climate Change? 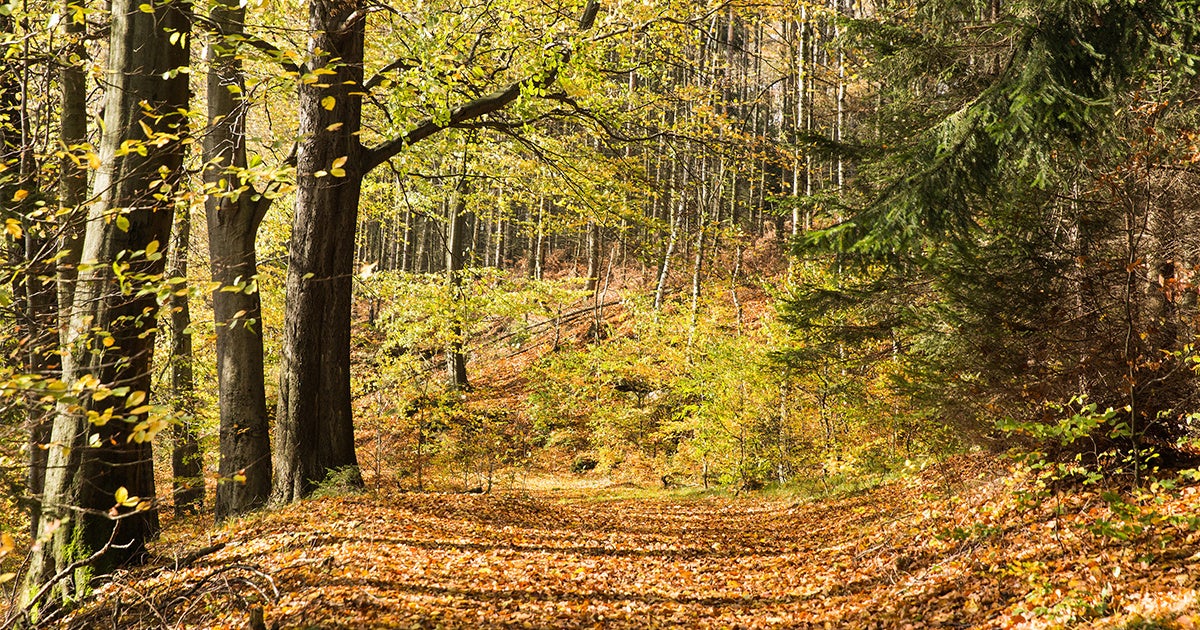 German researchers have confirmed once again that a good forest is a mixed forest, a natural one, with a diversity of species. The more diverse the forest, the better it becomes at doing what forests do.

Forests with a greater number of species grow at a faster rate, store more carbon, and are more resistant to pests and diseases, according to a six-nation study of European woodlands.

But this safety-in-species-numbers approach may not offer quite the protection against climate change and its consequences that such a finding should predict. A second study by European researchers suggests that when conditions become extremely wet, or extremely dry, diversity may not confer automatic resilience.

The message is that healthy, diverse, natural forest systems remain important buffers against climate change—but also that climate extremes could diminish the capacity of the forest to absorb carbon and limit global warming.

At the heart of both studies is a deeper concern about the response of the natural world to human-induced change, in the destruction of habitat, the loss of the plants, birds, insects, mammals, amphibians and reptiles that depend on habitat, and in the steady increase in atmospheric levels of greenhouse gases, as a consequence of profligate combustion of fossil fuels.

Researchers at the Centre for Integrative Biodiversity Research in Germany reported in the journal Ecology Letters that they selected plots of forest in Germany, Finland, Poland, Romania, Italy and Spain.

Within these plots the numbers of species varied: there might be one species, or five. The German plot, for example was home to beech, oak, Norway spruce, birch and hornbeam.

The scientists then measured 26 functions in these plots that could answer questions about nutrients, carbon cycles, growth and resilience and forest regeneration. Those stands of timber with more species grew faster and withstood pests and disease assault better than those with fewer.

“Our summers will be drier and longer as a result of climate change,” said Christian Wirth, who directs the Cenre for Integrative Biodiversity Research and heads the department for systematic botany at Leipzig University. “We are therefore presuming that in future, it will be even more important to manage forests in a way that they have a high diversity of tree species.”

But a study in the Journal of Ecology suggests that the answer may not be so simple.

Researchers led by Hans de Boeck from the University of Antwerp reported that they looked at a wide range of studies of what scientists call ecosystem stability and biodiversity during climate extremes—that is, unusual heat, drought or flooding.

The answer, they found, was mixed. A greater range of diversity in an ecosystem seemed to speed up recovery after an extreme climatic event, but if the event was extreme enough biodiversity alone might not offer much protection.

The relationship between diversity and resistance wasn’t always obvious. Researchers, the scientists suggested, have more questions to resolve.

In the stilted language of sciencespeak, the researchers concluded that “there are numerous and non-trivial exceptions to the purported general rule that biodiversity increases stability. This raises the question of whether existing concepts of biodiversity-stability derived from the context of mild fluctuations are readily transposable to extreme events.”