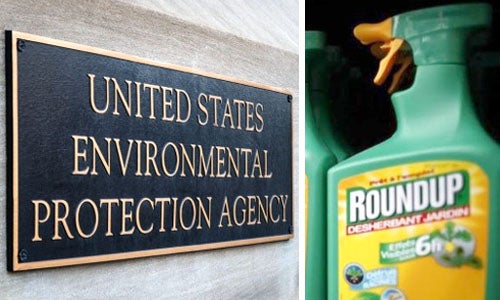 The House Science, Space and Technology Committee is questioning why the U.S. Environmental Protection Agency (EPA) posted and then suddenly pulled its highly anticipated risk assessment of glyphosate, the main ingredient in weedkillers such as Monsanto’s flagship herbicide Roundup. 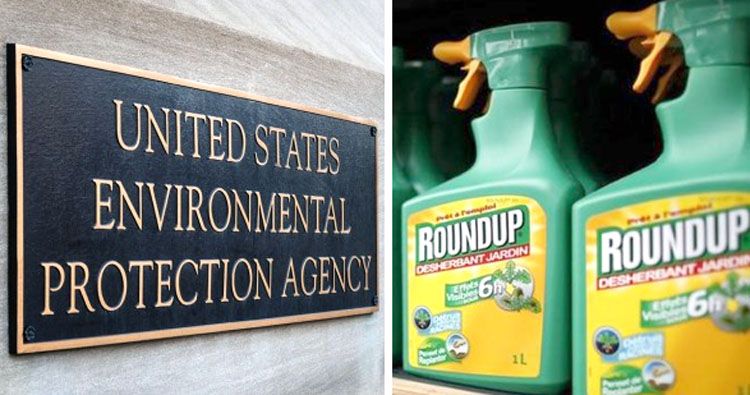 Sources told Sustainable Pulse that the EPA allegedly attempted “to take the legal pressure off the pesticide industry and specifically large producers of glyphosate-based herbicides such as Monsanto,” by releasing the Cancer Assessment Review Committee draft report.

On April 29, the EPA’s Cancer Assessment Review Committee published a report online about glyphosate concluding that the chemical is not likely carcinogenic to humans. However, even though it was marked “Final” and was signed by 13 members of CARC, the report disappeared from the website three days later.

The EPA said that the report was “inadvertently” released. A spokeswoman said:

“Glyphosate documents were inadvertently posted to the Agency’s docket. These documents have now been taken down because our assessment is not final. EPA has not completed our cancer review. We will look at the work of other governments as well as work by HHS’s Agricultural Health Study as we move to make a decision on glyphosate. Our assessment will be peer reviewed and completed by end of 2016.”

Following the move, committee chairman Lamar Smith (R-Texas) sent a letter on March 4 to EPA administrator Gina McCarthy announcing that his committee is launching an investigation into the matter and is asking that the EPA provide all documents and communications related to the glyphosate study from Jan. 1, 2015 to present. He is giving the EPA until May 18 to provide this information.

“The EPA’s backtracking on the finality of its own science review committee’s report raises concerns about the agency’s willingness to provide a fair assessment on this matter,” Smith said. “That the EPA would remove a report, which was marked as a ‘Final Report’ and signed by 13 scientists, appears to be yet another example of this agency’s attempt to allow politics rather than science drive its decision making. Sound, transparent science should always be the basis for EPA’s decisions.”

The EPA told DTN they were unsure why the report was posted, calling it a “mistake.”

Glyphosate was infamously declared a probable carcinogen by the World Health Organization’s International Agency for Research on Cancer (IARC) last year. The classification has sparked a growing number of lawsuits over Monsanto’s widely used product, including a wrongful death lawsuit filed in March by the widow of a Cambria, California farmer alleging that the St. Louis-based company had known for years that exposure to glyphosate could cause cancer and other serious illnesses or injuries.

The sudden yanking of the report has raised eyebrows over the EPA’s relationship ties to the agricultural industry. Sources told Sustainable Pulse that the EPA allegedly attempted “to take the legal pressure off  the pesticide industry and specifically large producers of glyphosate-based herbicides such as Monsanto,” by releasing the Cancer Assessment Review Committee draft report.

According to Sustainable Pulse Director Henry Rowlands, “The EPA’s ‘mistaken’ release of the main part of their report that is designed to protect the pesticide industry seems rather a strange coincidence.”

“Glyphosate is now on the agenda for consumers and farmers across the World. The discovery of the herbicide in our bodies and our food at hormone hacking levels is very alarming,” he added. “The EPA should be protecting us all by providing a fully independent scientific analysis of the chemical. However, this is not what is happening and the EPA is again working against public health protection.”

The chemical has been detected in several products, from alcoholic beverages and even women’s hygiene products. Last month, the Alliance for Natural Health-USA released the results of food safety testing conducted on an assortment of popular breakfast foods, revealing that glyphosate was found in 10 of the 24 food samples tested, including oatmeal, bagels, eggs (including the organic variety), potatoes and even non-GMO soy coffee creamer.

The Center for Biological Diversity also issued a statement last week accusing the EPA of relying heavily on “industry-funded studies that have not undergone public scrutiny” for its draft analysis.

“EPA’s determination that glyphosate is non-carcinogenic is disappointing, but not terribly surprising—industry has been manipulating this process for years,” Nathan Donley, a scientist with the Center for Biological Diversity, said. “The analysis done by the World Health Organization is more open and transparent and remains the gold standard.”

Monsanto has vehemently denied cancer claims of its blockbuster product and has demanded a retraction of the IARC report.

Unsurprisingly, the company was pleased with the release of the EPA’s report, telling Reuters after the documents had been removed that they were “clearly labeled and signed as the final report of EPA’s Cancer Assessment Review Committee.”

He added, “This is the EPA’s highest ranking for product safety—they also do nice job of explaining all of IARC’s mistakes.”