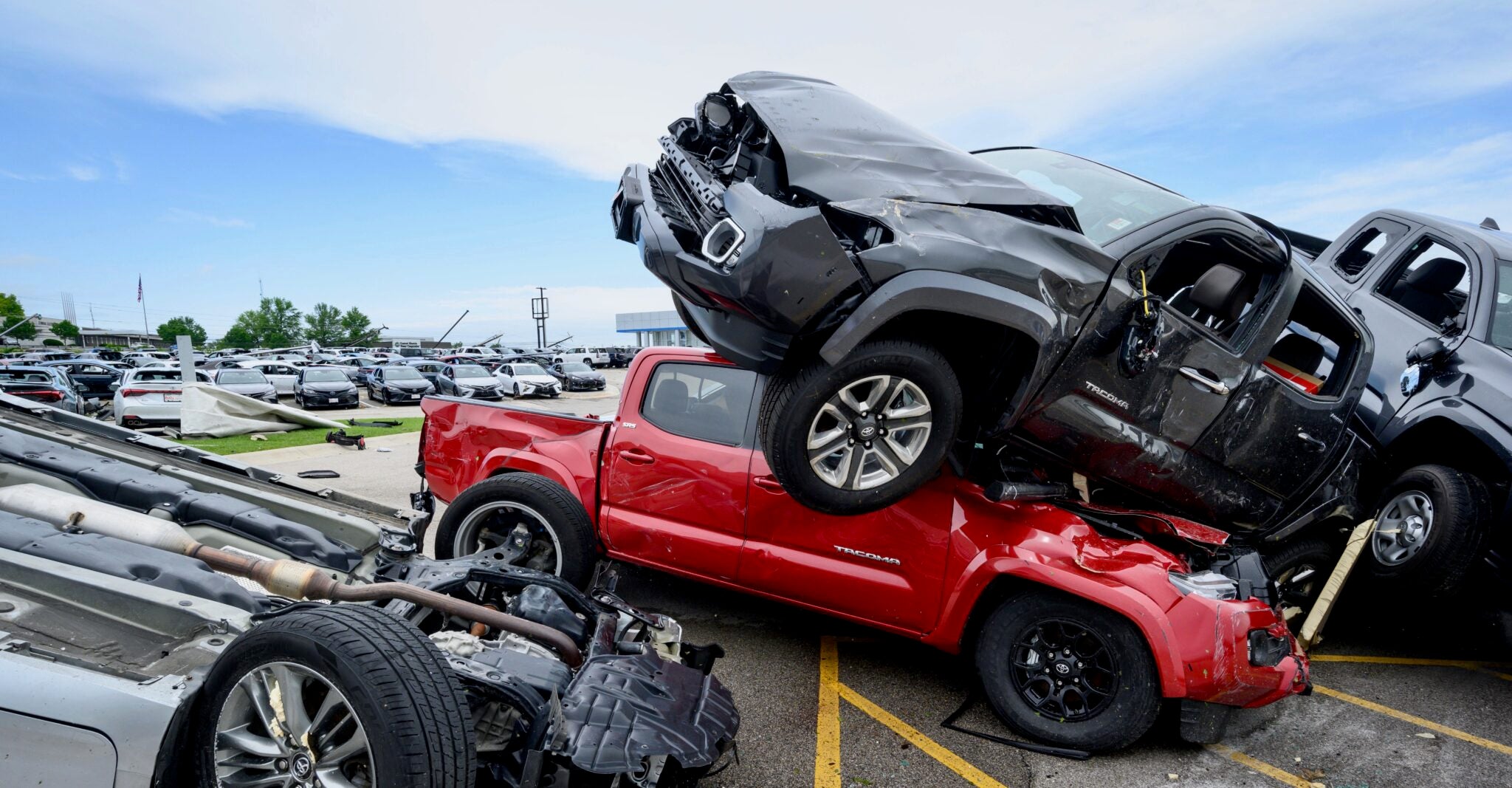 “There was a lot of devastation throughout the state,” Governor Mike Parson said at a Thursday morning press conference, as NPR reported. “We were very fortunate last night that we didn’t have more injuries than what we had, and we didn’t have more fatalities across the state. But three is too many.”

In Jefferson City, the state capital, there is extensive damage along Ellis Boulevard near Highway 54. Power lines are down. Traffic is being diverted as @MSHPTrooperGHQ & local first responders go door-to-door. Consider all power lines live.
Stay out of areas with damage. #MoWx pic.twitter.com/cPWQi1tzCJ

The deaths occurred in Golden City, Missouri, about two hours from Kansas City. The dead were Kenneth and Opal Harris, a married couple in their 80s who were found 200 yards from their home, and 56-year-old Betty Berg, who died when the tornado destroyed her mobile home, CBS News reported. Her husband, Mark, was seriously injured.

Sirens first announced the Jefferson City tornado at 11:10 p.m. Wednesday night. It tore through three miles of the city from its north towards the Missouri River and left a mile-wide path. Dozens were injured and dozens more were in shelters, Police Lieutenant David Williams said, as CBS News reported.

Several buildings were damaged, NPR reported, including a large apartment complex and the roofs of many school buildings. The storm also downed power lines, which made it more difficult to rescue trapped people and also cut power to more than 13,000 at one point. Gas leaks were also reported.

“Everything from debris from a rooftop into a street, uprooted trees, we’ve had damage to vehicles, roofs of businesses,” Williams told reporters, as NPR reported. “We are going door-to-door to make sure that everyone is accounted for.”

Kerry Ann Demetrius emerged from her basement after the storm to find the roof had been blown off her apartment building.

“It sounded like stuff was being thrown around, everything was just banging together, and then it just went dead silent,” she said, according to CBS News.

The tornadoes were part of a storm system that moved north and east from Oklahoma and caused extreme weather across the Southern Plains and Midwest. The National Weather Service received 22 reports of tornadoes in Missouri Wednesday, but some of them might have been duplicates, CBS News said. The storm system was expected to move towards the Ohio Valley and mid-Atlantic Thursday.

The relationship between tornadoes and climate change is still unclear. Research has shown that tornado outbreaks are becoming more frequent and more intense, and that the traditional “tornado alley” of Texas, Colorado and Oklahoma has shifted eastward towards Mississippi, Alabama, Arkansas, Kentucky, Illinois, Indiana, Tennessee and Missouri, as Pacific Standard summarized.

One of the authors of the second study, Dr. Victor Gensini of Northern Illinois University, said climate change could be responsible for the eastward shift, as it was consistent with predictions for how a warming climate would impact weather patterns. But he also said the most important concern was that tornadoes were moving east into more densely populated areas.

“We get caught up on the climate aspect, but the real issue going forward with tornadoes—and hail storms and hurricanes and insert your favorite natural disaster—is the fact that we have more human exposure,” Gensini told Pacific Standard. “What we’ve documented in our research is we’re having about the same number of tornados but we’re having an exponential increase in losses, and really the only thing that describes that is population density. We have more targets to hit.”