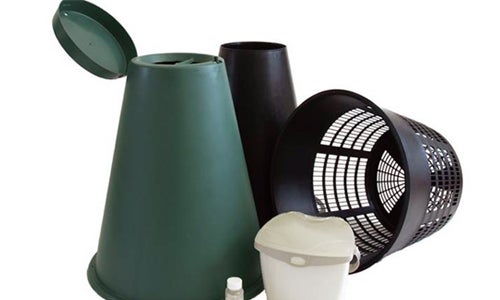 The 27-inch tall solar-powered Green Cone will revolutionize how you deal with food waste in your house.

The Green Cone composter/digester by Compostec is made of 100 percent recycled plastic and has just three simple parts: a basket that can be buried underground; a black cone-shaped top; and a green cone-shaped top that fits over the black cone. The basket can be planted in the ground with the cone sitting on the surface, as TreeHugger explained. 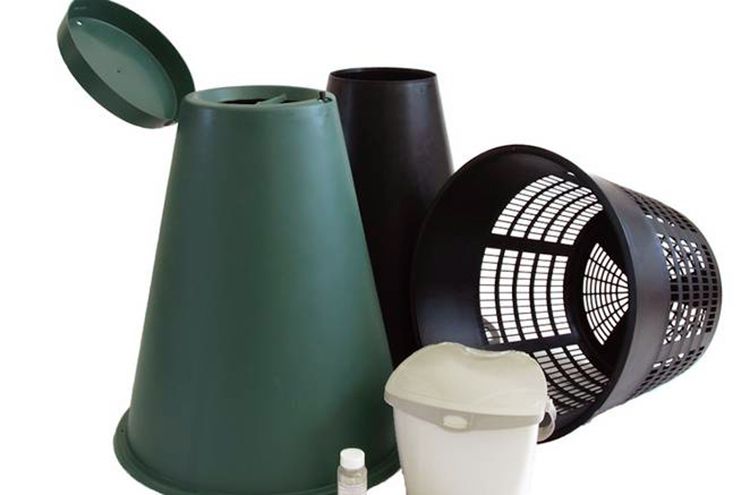 The cone’s double-walls heat up in the sun helping oxygen to circulate between the cone chamber and the basket underground. The kitchen waste is broken down through aerobic processes. No stirring is required, according to Compostec.

Bacteria, bugs, worms and other organisms living in your soil break down the waste in the basket. Ninety percent of the waste placed in the cone will be composted and enter the soil. The Green Cone only needs maintenance once a year to be emptied of small residue and cleaned, People Powered Machines reported.

It can breakdown almost all of your kitchen food waste, including meat, bones, dairy, oil, pet waste and seafood scraps.

Here’s an extended list of what you can and can’t feed your green cone: 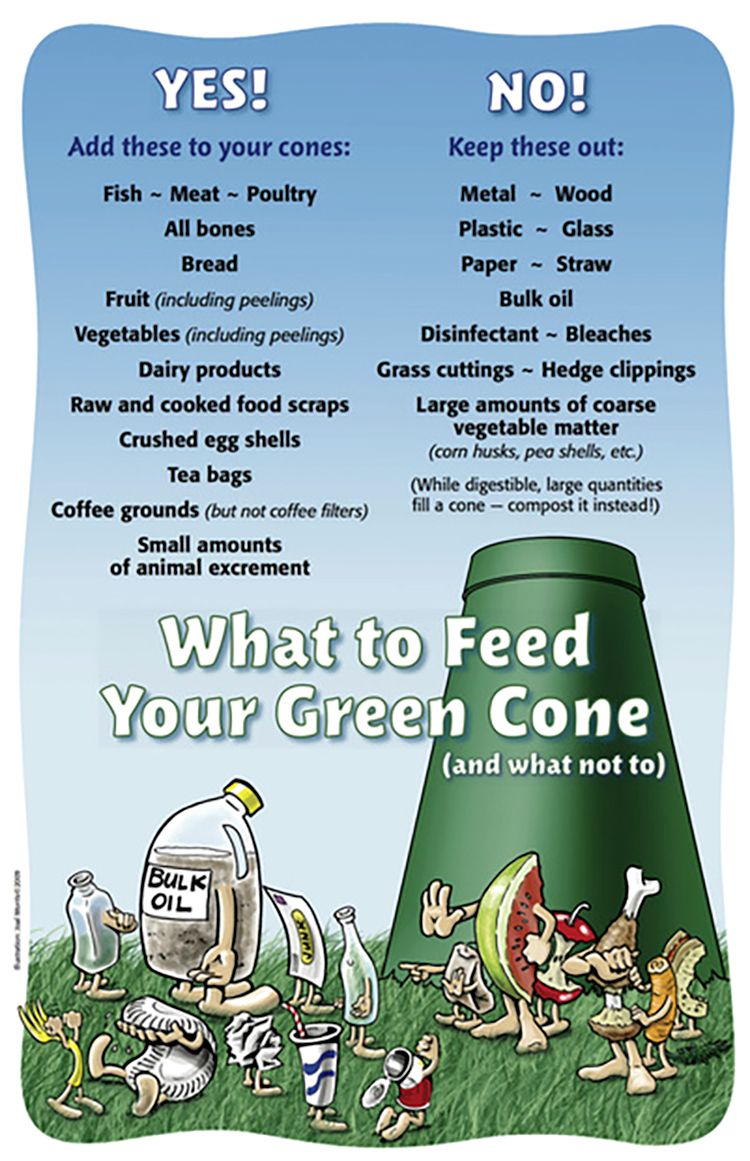 The Green Cone can digest roughly 1 kilogram (2 pounds) of waste every two days in the summer—a total of 4 kilograms (10 pounds) each week.

The exterior is squirrel- and raccoon-proof and bear and rat resistant, according to Compostec.

Using the Green Cone reduces the total amount of kitchen waste you produce by 20 percent. It also keeps waste out of landfills and makes your garbage lighter, drier and better smelling. 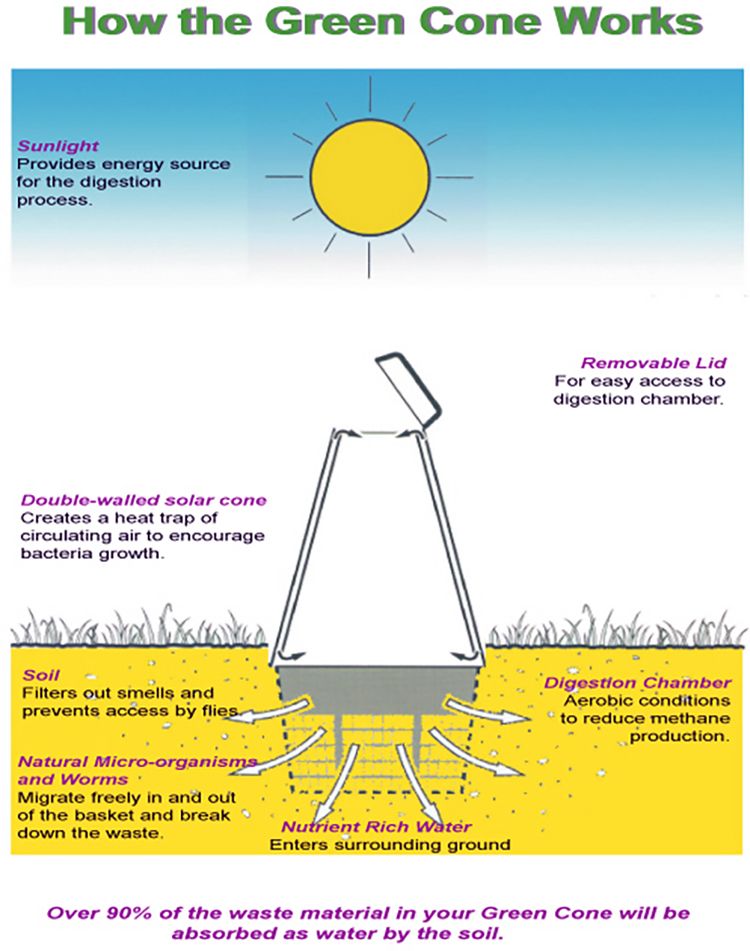 If you don’t have a place to plant the cone, it can also be used above ground on parking lots, apartment balconies and even roofs, Compostec said.

The Green Cone can be bought for $210. Compostec also offers programs with cities and municipalities that subsidize the cone to promote the practice of composting.