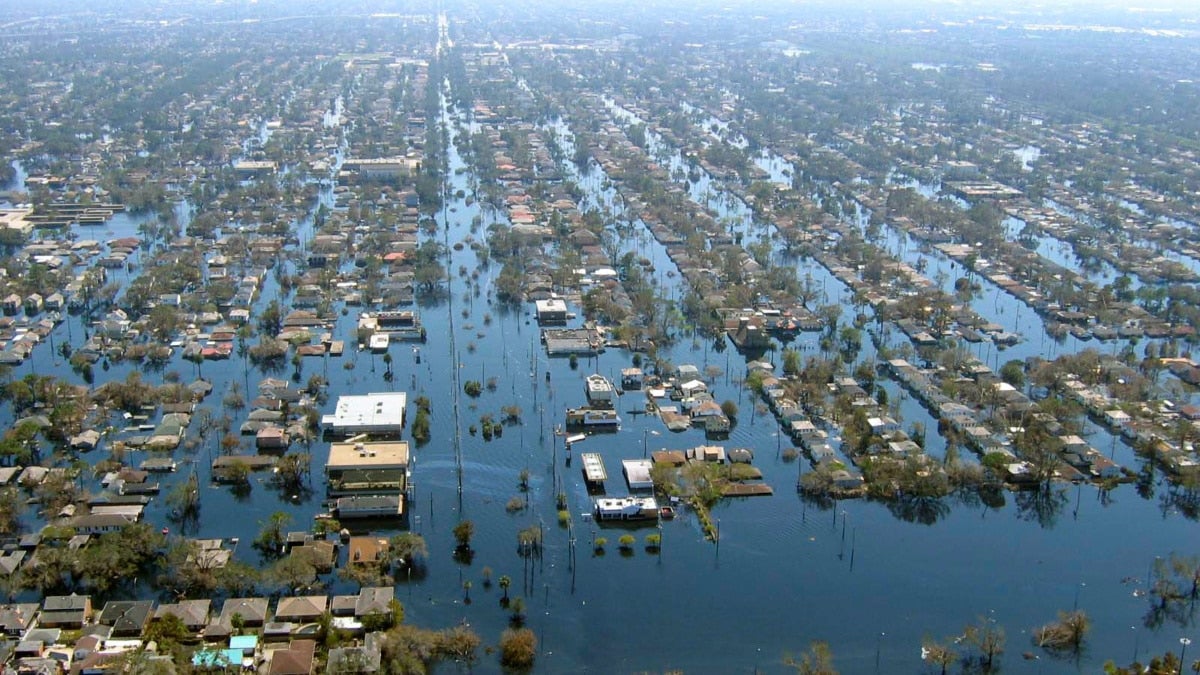 An aerial photo shows a flooded New Orleans in the aftermath of Hurricane Katrina on September 11, 2005. NOAA / Wikimedia Commons

When Hurricane Katrina hit New Orleans in 2005, the convent of the Sisters of St. Joseph was severely damaged by flooding.

The nuns moved elsewhere while repairs began. But the following year, lightning struck the roof and started a fire. The convent could not be saved.

“We began to pray for some kind of insight that would enable us to use the property in a way that would minister to the people of New Orleans,” says Sister Pat Bergen.

She says an architect came to the nuns with an idea – converting the 25 acres into a wetland that helps prevent flooding in nearby areas.

They’re calling the project the Mirabeau Water Garden. Plans for the site include recreational areas, meadows that absorb stormwater, and retention ponds.

When the city’s drainage system is overwhelmed, water will be diverted to the property and held there until it can be safely released.

“Healing, strengthening, restoring Earth was a major part of our decision-making, and that’s why this design resonated with our hearts right away,” Bergen says.

So when the city breaks ground, it will turn what was once a major loss into a gain for the flood-prone city of New Orleans.