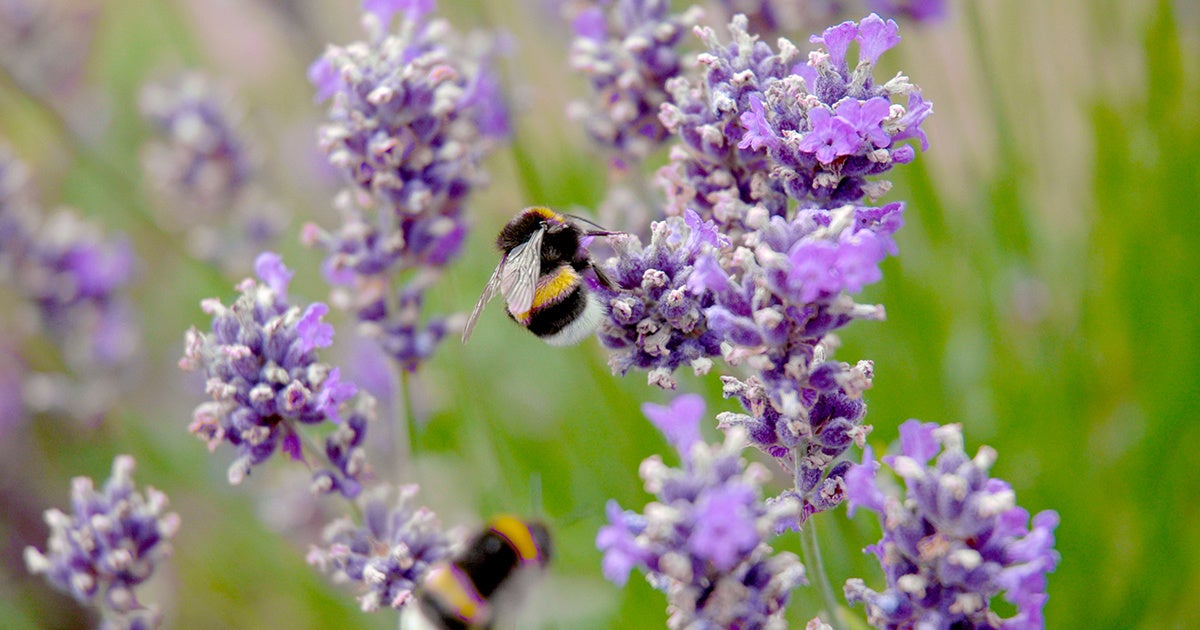 It pays to pollinate in Minnesota.

Minnesota’s state budget celebrated pollinators last month by crowning the endangered rusty-patched bumblebee the state bee. And, to protect the plump pollinator, the state earmarked $900,000 dollars for bee-friendly spaces, according to Atlas Obscura.

From that money, the state government will pay the gardening bill for residents who are willing to turn their lawn into bee-friendly spaces, by planting flowers known to attract bees, like creeping thyme, self-heal and dutch white clover.

“When people look at these flowers, they see a nuisance, they see a weed. I see a forage for pollinators,” said James Woflin, a graduate student at the University of Minnesota’s Bee Lab, as CBS Minnesota reports.

While the flowers of these plants will attract all bees, the state is particularly interested in the rusty-patched bumblebee, a fat and fuzzy bee that pollinates apples and tomatoes. The new state bee has faced years of declining populations and is on the brink of extinction while making a last stand in Upper Midwest cities, according to Atlas Obscura.

The state’s Board of Water and Soil Resources will reimburse homeowners 75-90 percent of the cost for converting a lawn to bee-friendly plants and to have a yard with a diverse set of flowers, shrubs and trees, Star Tribune said. It will cover up 90 percent of the cost in areas with a high potential to support rusty-patched bees.

The Fish and Wildlife Service (FWS) published a guide for gardeners looking to plant flowers that will attract the rusty-patched bumblebee. The guide encourages people to plant anemones and wild lupine, bee balm and purple prairie clover, and goldenrod and New England aster for consistent blooms through the growing season that will entice pollinators throughout spring, summer and fall, Atlas Obscura reported.

“I have gotten a ton of e-mails and so much feedback from people who are interested in this,” said State Rep. Kelly Morrison who introduced the bill, as the Star Tribune reported. “People are really thinking about how they can help.”

The legislature had proposed additional measures to aid pollinators, but they fell short. Language to ban neonicotinoid pesticides — a popular pesticide used on lawns, gardens and crops that play a role in declining bee populations — in state wildlife management areas was removed from the state budget, according to Minnesota Public Radio.

Lawns of bare grass may be great for playing catch, but they are not attractive to pollinators. They also stress the environment since they need to be mowed and fertilized. They also drink a lot of water and demand a soaking even in the midst of drought and water shortages, as Atlas Obscura reported.

“A pound of Dutch white clover is about and it grows low enough that people wouldn’t even have to change the way they mow their lawn,” Wolfin said to the Star Tribune. “So just by not treating white clover like a weed and letting it grow in a yard provides a really powerful resource for nearly 20 percent of the bee species in the state.” He added that roughly 55 of the state’s roughly 350 species of bees have been spotted eating Dutch white clover alone.

When people start to convert their lawns, the bees will thrive. “We think that abundant and diverse floral resources will translate to larger and healthier rusty patched bumblebee colonies,” said Tamara Smith, a biologist at the FWS’s Twin Cities field office, as Atlas Obscura reported.