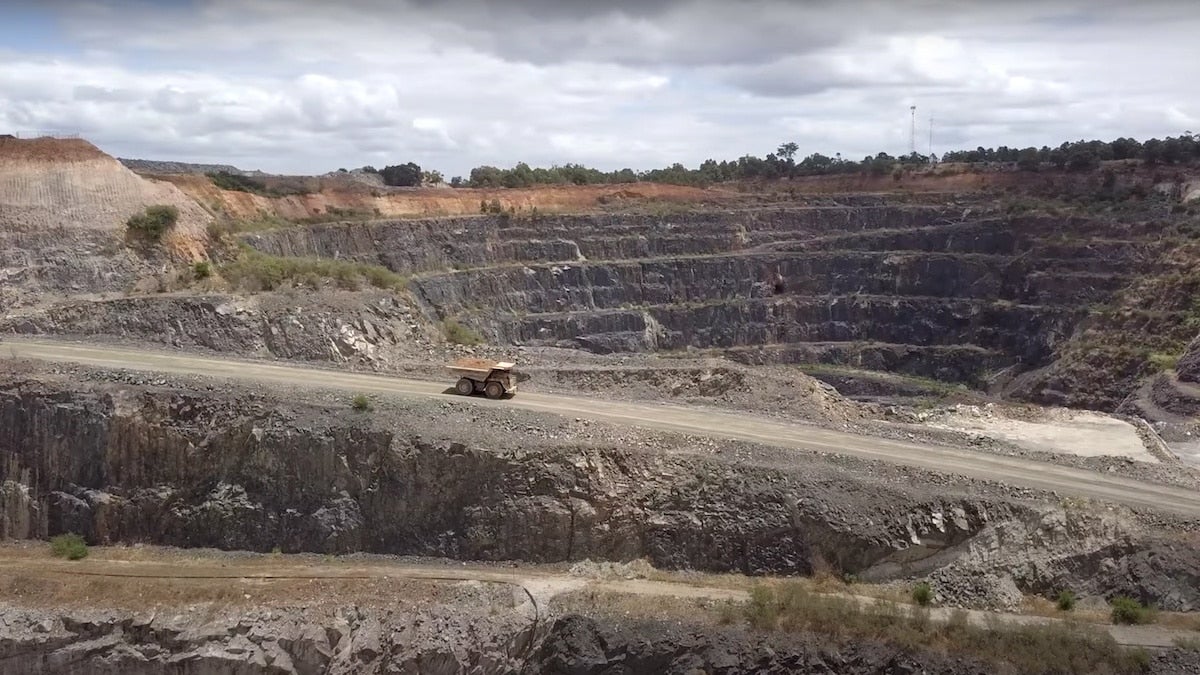 Western Australia's Juukan Gorge has been home to a sacred site to local Indigenous peoples for over 46,000 years. In May of 2020, the site was destroyed in an explosion designed to expand a nearby iron ore mine. About the House: the official channel of the Australian House of Representatives

The chief executive officer and two senior executives are being forced out of the mining giant Rio Tinto several months after investors started to revolt over the company’s destruction of an ancient aboriginal rock shelter, according to CNN.

CEO Jean-Sebastian Jacques will leave in March 2021, while two senior executives, Chris Salisbury, iron ore chief executive, and Simone Nieven, head of corporate relations who had the responsibility of handling relations with Indigenous communities, will leave at the end of 2020, according to Forbes.

The 48-year-old chief executive is being forced out after investors listened to a continuing outcry from the Indigenous people of Australia who were horrified that Rio Tinto would trounce upon their sacred ground and blast away the ancient Juukan Gorge rock shelters, two culturally significant rock shelters in Western Australia’s Pilbara region. Despite knowing the importance of the grounds to the the Puutu Kunti Kurrama and Pinikura people, Rio Tinto blasted the site in order to mine a better quality of iron ore, according to The Guardian.

The company’s board responded to the move by cutting executive pay and stripping the three executives of million in bonuses, but investors lined up to denounce that penalty as inadequate.

“There were certainly some shareholders who felt strongly that the accountability was inappropriate and that this was an issue that needed to be addressed to rebuild trust,” said Rio Tinto Chairman Simon Thompson to The Sydney Morning Herald.

“While there is general recognition of the transparency of the board review and support for the changes recommended, significant stakeholders have expressed concerns about executive accountability for the failings identified,” the company said in a statement, as The Guardian reported.

The wanton destruction of the site has shed light on the remarkable power the mining industry has over sacred, traditional lands. It has shown the need for greater legal guarantees to make sure heritage sites are protected.

A spokesperson for the Puutu Kunti Kurrama and Pinikura people told The Sydney Morning Herald, “Our focus continues to rest heavily on preserving Aboriginal heritage and advocating for wide-ranging changes to ensure a tragedy like this never happens again. We cannot and will not allow this type of devastation to occur ever again.”

Among the prominent shareholders to express their misgivings were several large Australian investment funds and a group of 81 British pension funds. Also, the National Native Title Council in Australia said the board was divorced from reality in thinking that the pay cuts were somehow just punishment for destroying a 46,000-year-old site, according to The Sydney Morning Herald.

“What happened at Juukan was wrong,” Thompson said Friday to The Sydney Morning Herald. “We are determined to ensure the destruction of a heritage site of such exceptional archaeological and cultural significance never occurs again at a Rio Tinto operation.”

Ian Silk, the chief executive of Australia’s biggest superannuation fund, AustralianSuper, said that he was “satisfied that appropriate responsibility has now been taken by executives at Rio Tinto,” according to The Guardian,

“Rio can now work with traditional owners to guarantee that its processes are appropriate for the protection of culturally important sites and that it has the right internal accountabilities,” he added, as The Guardian reported.

Additionally, the Australian Center for Corporate Responsibility applauded Friday’s announcement as an end to the “dishonest malaise of Rio Tinto’s board and senior management,” according to The Guardian.

While the news of the executives departing is welcome, the institutional investors who have the clout to spur action within the company said the company would have to take steps to repair its relationship with Australia’s Indigenous people.

“Rio Tinto now has the opportunity to address the necessary remediation, cultural heritage and risk processes with fresh eyes,” said Louise Davidson, chief executive of the Australian Council of Superannuation Investors, which advises 38 large super funds on governance issues, to The Guardian.

“Rio Tinto must prioritise working with traditional owners the Puutu Kunti Kurrama and Pinikura people to rebuild their relationship. It is critical that this is not delayed,” she added.