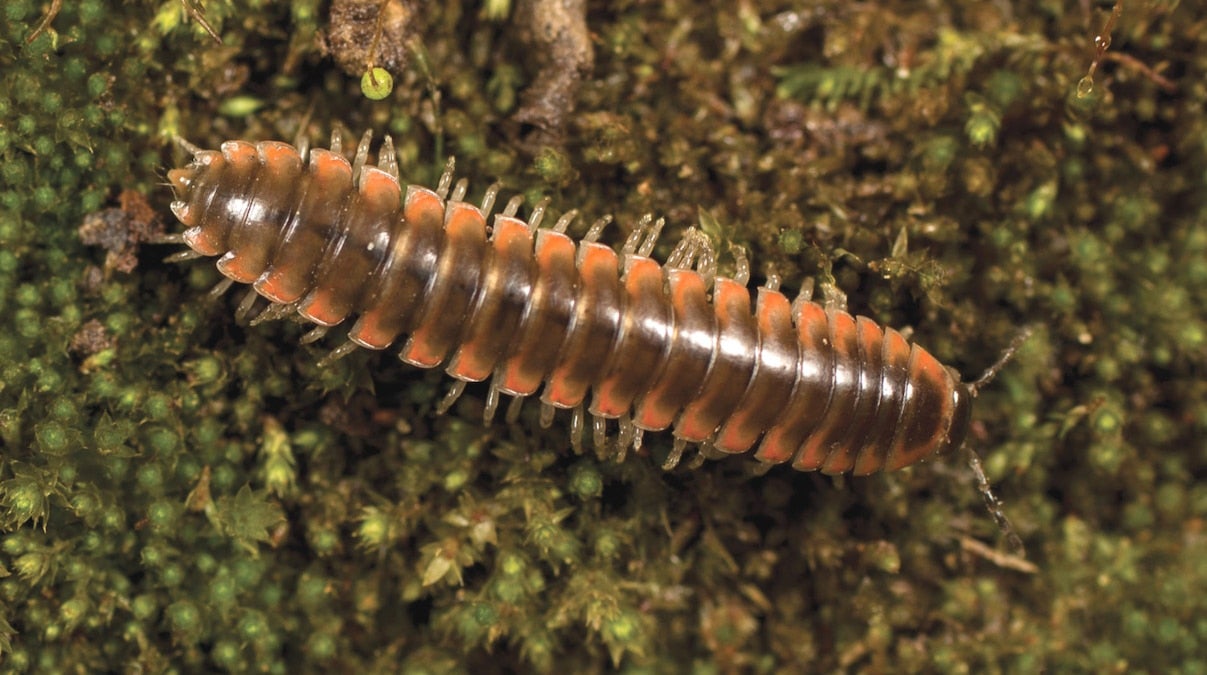 Taylor Swift has a long list of pop music accolades. Now, one scientist has added to the “Blank Space” on her resume with a newly discovered millipede species named after her.

Entomologist Derek Hennen, along with fellow scientists Jackson Means and Paul Marek of Virginia Tech, discovered the millipede, named Nannaria swiftae, along with 16 other millipede species and shared the findings in a new study.

“The specific name is a noun in the genitive case derived as a matronym, and is named in honor of the artist Taylor Swift, in recognition of her talent as a songwriter and performer and in appreciation of the enjoyment her music has brought DAH,” the study explained.

Nannaria swiftae, or more commonly known as the Swift Twisted-Claw Millipede, is an orange and brown millipede that the scientists discovered in forests in Cumberland, Monroe, and Van Buren counties in Tennessee.

“I’m a big fan of Taylor’s music, and I listened to her music a lot during graduate school,” Hennen told HuffPost. “It brought me joy and helped me through some difficult times, so I wanted to show my appreciation. Since this new species is from Tennessee and she lived in Tennessee for a while, I thought it was a nice fit.”

Hennen also tweeted his findings, tagging Swift and noting this achievement as “A high honor!”

The millipede’s lifestyle as a forest-dwelling critter among what the study describes as “mesic forests with hemlock, maple, oak, tuliptree, witch hazel, and pine” is perfectly in line with the cottagecore aesthetic set by Swift’s recent albums, Evermore and Folklore.

Swift has not yet responded to the study, but Hennen hopes she appreciates the sentiment.

“I know not everyone likes bugs quite as much as I do, but I hope she thinks it’s a nice gesture,” Hennen said. “For us scientists, we consider it a huge honor to have a species named after you, and I hope she feels the same way.”

As Hennen shared with HuffPost, the Nannaria swiftae millipede was found in a state park, among other sites, which is great for its conservation. Hennen has spent 5 years researching millipedes in Appalachia. Of the 17 species, one he named for Taylor Swift, and another he named for his wife.

“With all those new species come new names! I had fun figuring out names for these species; here’s one that I named after my wife: Nannaria marianae! A small thank-you for all her patience when we’re taking a nature hike and I stop to look for millipedes,” Hennen tweeted.