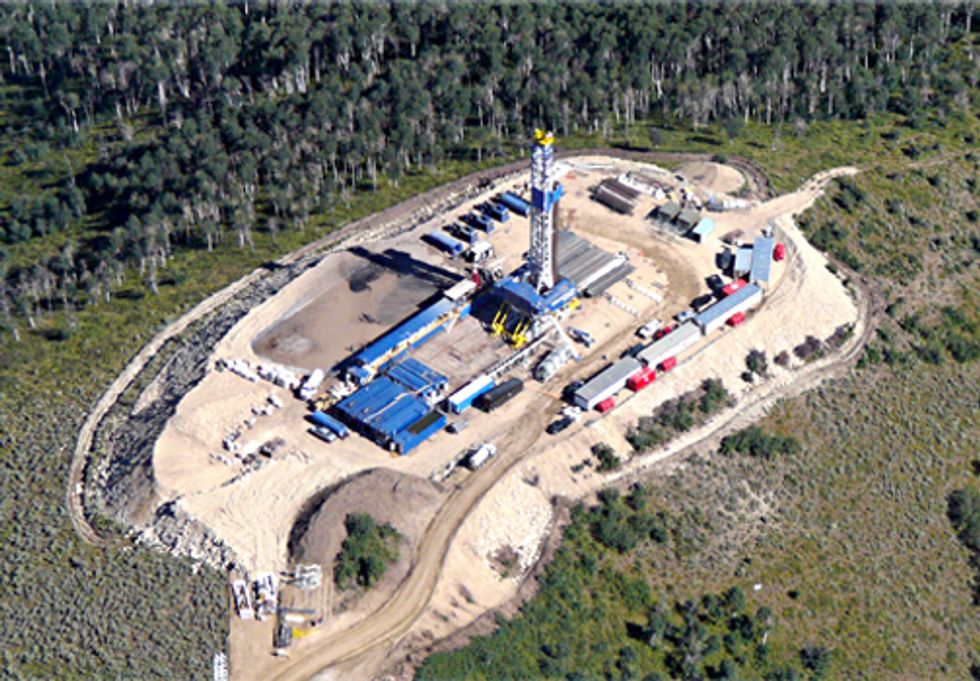 According to a new NRDC analysis, at the end of 2011, seventy of the largest oil and gas companies operating in the U.S. held leases covering at least 141 million net acres of American land—an area greater than California and Florida combined.

Given the sordid environmental history of oil and gas development that has already occurred across the U.S., NRDC is extremely concerned about the additional harmful environmental, health and safety impacts that oil and gas development of this magnitude will bring in the future. Since it has been reported that more than ninety percent of oil and gas wells are fracked, there is a lot of new fracking slated for our future—tens of millions of acres of new fracking. Clean air, clean water, healthy communities, wildlands and wildlife habitat are all threatened.

These astounding numbers illustrate just how much of America’s land is already at risk from oil and gas development. In the face of this reality, clean air, clean water, healthy communities and the health of these lands across the country depend on the strongest possible state, local and federal rules, as well as the inspections, monitoring, and record-keeping needed to enforce them over such a large area.

On top of this, of the total acreage leased nationwide, 38.5 million acres—an area slightly bigger than Florida—were leased for federal oil and gas resources. This is worth noting because the Bureau of Land Management (BLM) is in the process of creating new rules for fracking that takes place under federal leases nationwide. These new rules will determine how oil and gas companies are allowed to operate in a wide range of places. That’s because the federal leases occur everywhere from national forests and public wildlands, to municipal and private drinking water supplies, on Indian land, and on private property when landowner’s do not own the mineral rights below the surface.

Unfortunately, BLM’s initial draft of the rules was woefully inadequate, and earlier this month a second draft was leaked to the press, revealing that the rules are becoming even weaker in some aspects. The BLM needs to dramatically strengthen its draft fracking rules in a number of ways to better protect public health and the environment. The current leaked draft is unacceptable. NRDC’s new analysis underscores how critical it is that the agency have strong rules; an enormous amount of land could immediately be impacted by this new rule because it is already leased for current or future development. (Not to mention there are hundreds of millions of acres of unleased public land that could be affected in the future).

Americans don't want the dirty energy future currently planned for us by oil and gas companies. And America’s energy needs don’t require or justify this level of widespread drilling. As a nation we must shift our reliance on fossil fuels to energy efficiency and renewable power sources as quickly as possible.