Milk Alternatives That Will Make You Want to Ditch Dairy 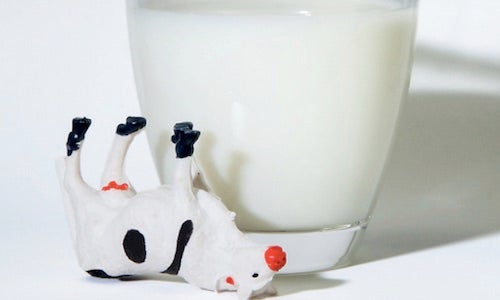 The beef industry gets a lot of negative attention for its ever-increasing strain on world resources, but let’s focus on another cow-product that has a tremendous impact on the environment: milk. 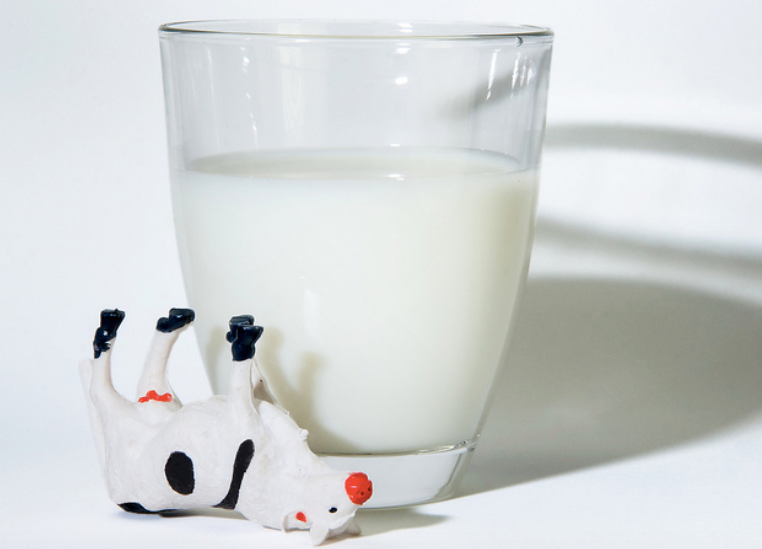 The milk myth: Dairy isn’t very good for cows, your health and the health of the planet. Photo credit: Flickr

There are approximately 270 million dairy cows in the world, and according to the World Wildlife Fund (WWF), dairy cows are just like beef cows in that their manure produces greenhouse gas emissions such as methane, nitrous oxide and carbon dioxide, which accelerates climate change. Additionally, the poor handling of endless streams of manure and fertilizers from dairy cows can contaminate local water resources. Growing the sheer amount of food that dairy cows eat can lead to the loss of ecologically important areas, such as prairies, wetlands and forests.

The WWF pointed out that global demand for dairy is only increasing due to population growth, rising incomes, urbanization and westernization of diets in countries such as China and India. This demand only causes more strain on our natural resources, including freshwater and soil.

Additionally, from an animal welfare point of view, dairy products can be hard to stomach. The animal welfare organization People for the Ethical Treatment of Animals (PETA) noted that most cows raised for the dairy industry are intensively confined, leaving them unable to fulfill their most basic desires, such as nursing their calves, even for a single day.

Cow milk, after all, is meant for baby cows, and the production of milk requires a mother cow to be in lactation, meaning a constant cycle of forced pregnancy and birth.

“Cows produce milk for the same reason that humans do—to nourish their young—but calves on dairy farms are taken away from their mothers when they are just one day old,” PETA said.

Conventional wisdom says dairy is good for you, but animal-derived milk does have its downside to your health. Milk from factory farms, or Confined Animal Feeding Operations, comes from cows raised on genetically engineered grains and pumped full of antibiotics and growth hormones.

While calcium and dairy can lower the risk of osteoporosis and colon cancer, high intake can increase the risk of prostate cancer and possibly ovarian cancer.

Plus, dairy products can be high in saturated fat as well as retinol (vitamin A), which at high levels can paradoxically weaken bones.

You can get good, non-dairy sources of calcium from plants such as collards, bok choy, fortified soy milk, baked beans and supplements that contain both calcium and vitamin D (a better choice than taking calcium alone), the school says.

Vox recently produced the video below explaining how Big Dairy basically convinced the American public through intense, multimillion dollar propaganda campaigns that milk was healthy. The dairy industry has also politically lobbied to change federal dietary guidelines in their favor, pushing up to three cups of milk per day—even though it’s way too much, as the Telegraph reported:

A study that tracked 61,000 women and 45,000 men for 20 years found there was no reduction in broken bones for those who consumed the most milk.

For women it was associated with an increased chance of suffering a fracture.

Those who drank three glasses or more a day (680ml) were twice as likely to die early than those who consumed less than one.

Of course, this doesn’t mean that the occasional glass of milk or other dairy products such as cheese and yogurt will kill you. But if you’re thinking of switching it up, there are a number of dairy milk alternatives that you can make at home or buy at the market such as soy, almond, rice, coconut, flax and hemp milks.

Each variety has its pros and cons, so choose wisely and based on what works for your own body. For instance, the perennial favorite, almond milk, contains chock loads of vitamin E—about 50 percent of the daily value in one cup, and about one-third of the calories of 2 percent cow’s milk. However, almond milk has far less protein than dairy milk or soy milk. It also doesn’t have the vitamins, minerals and fatty acids found in dairy milk, so it’s important to look for fortified almond milk. Also consider that in recent years, the water-hogging almond (about one gallon of water per nut) has been demonized for sucking up drought-stricken California’s H2O.

For those of you who are interested in creamier, nut- or soy-free milk alternatives, here’s an simple recipe using bananas. Banana milk is high in potassium, vitamin B6, pectin and full of filling fiber. It’s also naturally sweet.

“We’re excited to be offering a dairy free milk that is delicious, satisfying, and good for you too,” Ripple co-founder Adam Lowry said. “You shouldn’t have to sacrifice protein content or fill your milk with sugar to have a tasty dairy alternative. With Ripple, you get great flavor and essential nutrients in every glass.”

#Plantbased calcium and protein are easy to absorb, easy to digest, and easy on the planet. 🌍 #Ripple #dairyfree pic.twitter.com/keZqPgd9kx

For good measure, here’s my own two-ingredient, non-dairy milk recipe. Throw five to six Brazil nuts and about a cup of water into a high-speed blender, like a NutriBullet. Blitz until it looks like milk, and presto. You can blend in extra ingredients like a cube of ice to make it cold or, if you feel fancy, a dash of cinnamon, vanilla extract or sweeteners. The whole process should take less than 30 seconds and makes enough milk for a bowl of cereal.

If you’re still sold on dairy milk, here are some basic guidelines from the Organic Consumers Association on which kinds to choose:

8 Tips to a Successful Detox